The Terra Tiger was invented by Marvin Feldmann of Feldmann Engineering and Manufacturing Company in Sheboygan Falls, Wisconsin. It’s one of the most iconic 6×6’s ever built with the unique single-headlight design and prowling tiger decals. Feldmann was an innovator, with early prototypes using a unique driveline. Rather than standard tires that simply bolt onto the axle, Feldmann designed a cog system. Both the axle and tire were molded with a cog, and slid together. The turning axle cog would spin the tire. As one can imagine, a rubber cog did not withstand testing and was later changed to a traditional setup.

It’s believed the blue Terra Tiger with no headlight was possibly the first or second unit ever built, with the red one following next. Original decals say “Jiffy” as it was a family business name. Prototypes were built with a side exit exhaust near the tires, but were later changed as engines became hydrolocked when shut off in water. Feldmann units were mostly all produced with a red and white paint scheme.

Feldmann sold the rights to Allis-Chalmers Manufacturing Co. where it would become the iconic lime green ATV. However, it was still manufactured at the Feldmann factory. Feldmann also produced the Mini Brute 3 wheeler.

These were part of Marvin Feldmann’s personal photo collection. The photos showcasing red and white units at a proving grounds is believed to be the demonstration for Allis Chalmers, prior to their purchase of the rights of Terra Tiger. 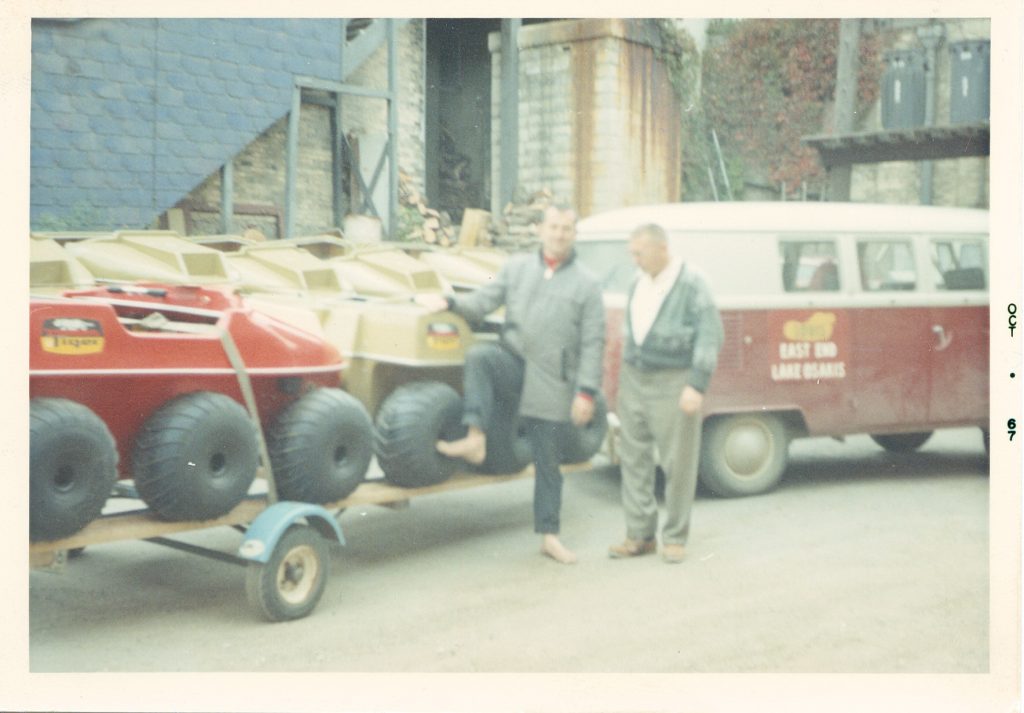 These were also part of Marvin Feldmann’s personal photo collection. 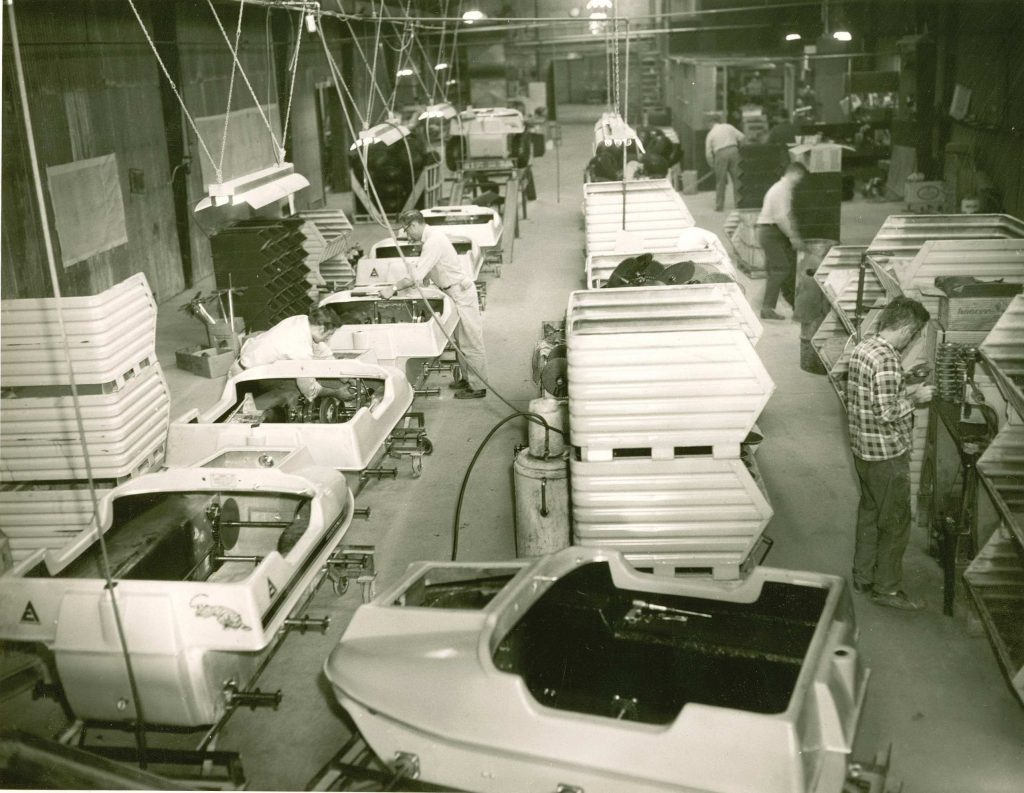 These were also part of Marvin Feldmann’s personal photo collection. Approximately 8 to 12 8×8 units were produced for the Canadian military. The fiberglass bodies are two units meshed together. Unfortunately, there are no known survivors. 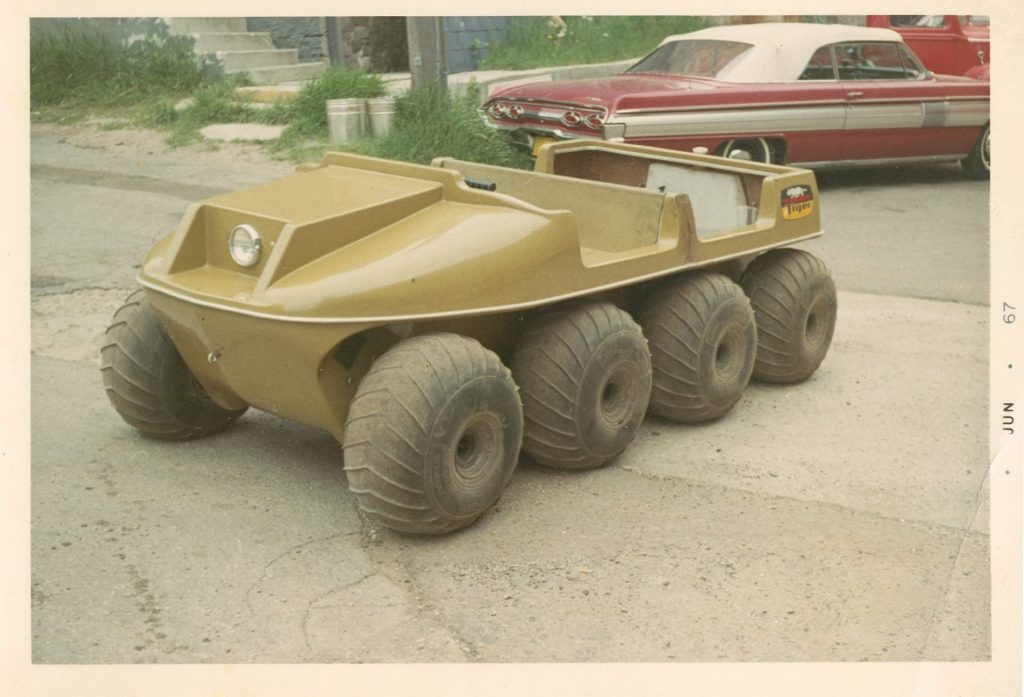 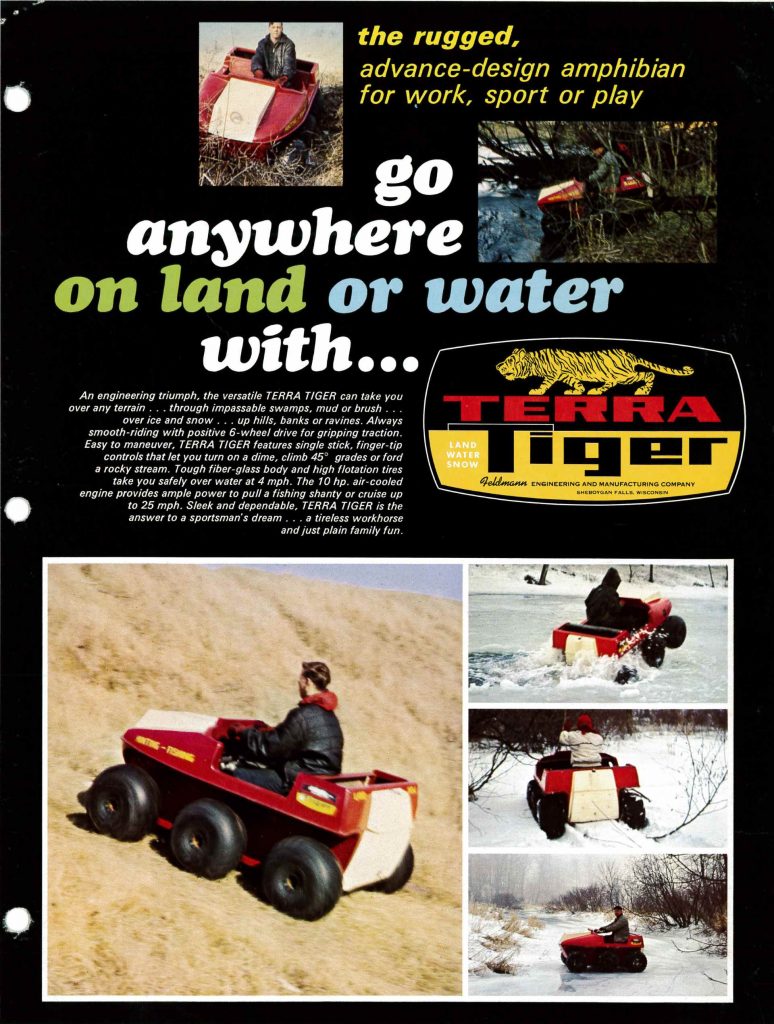 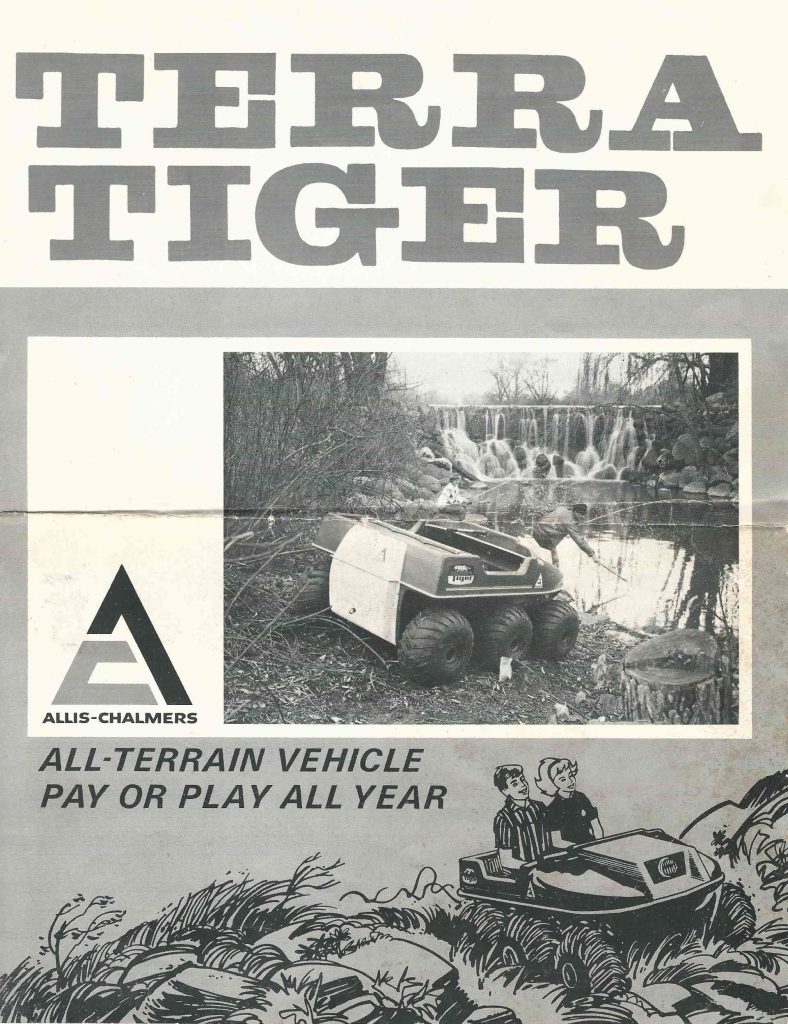 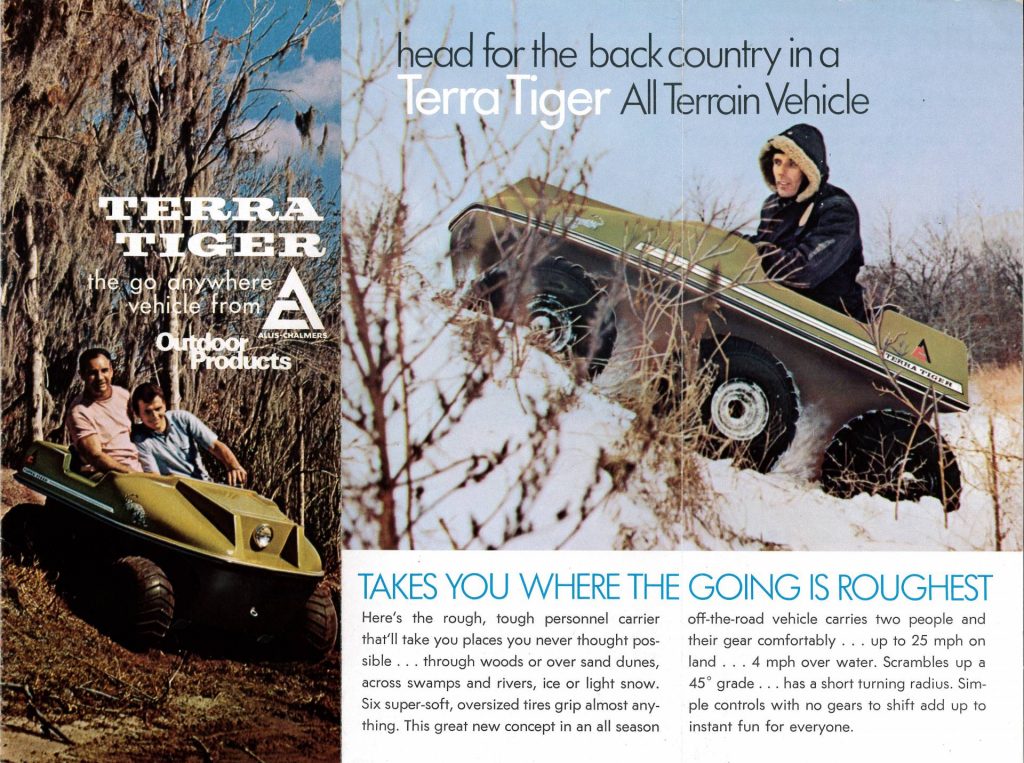 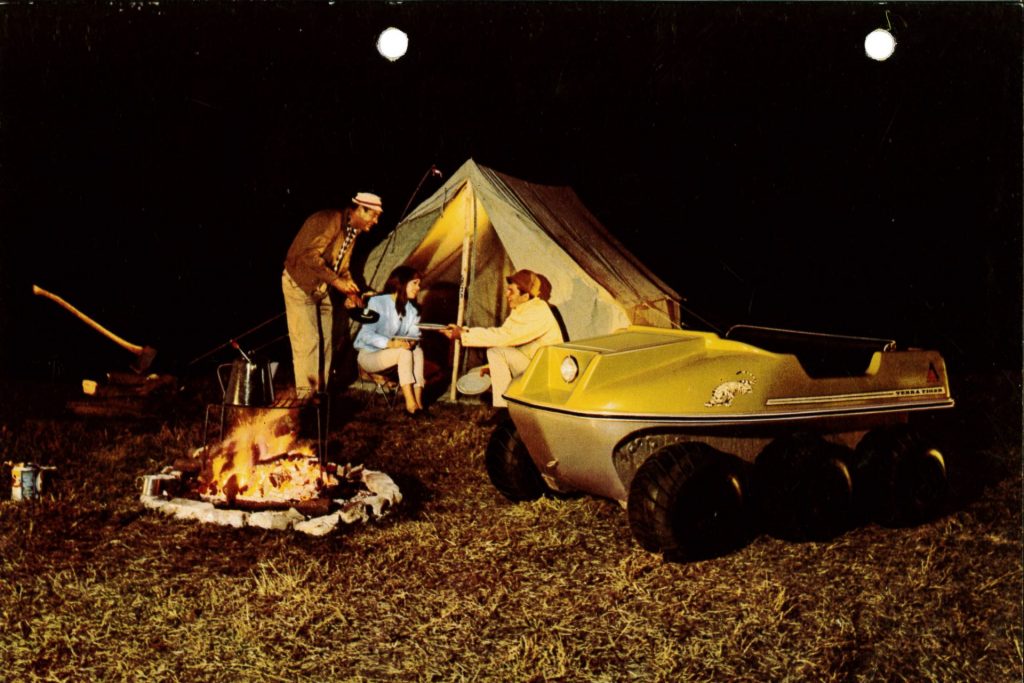 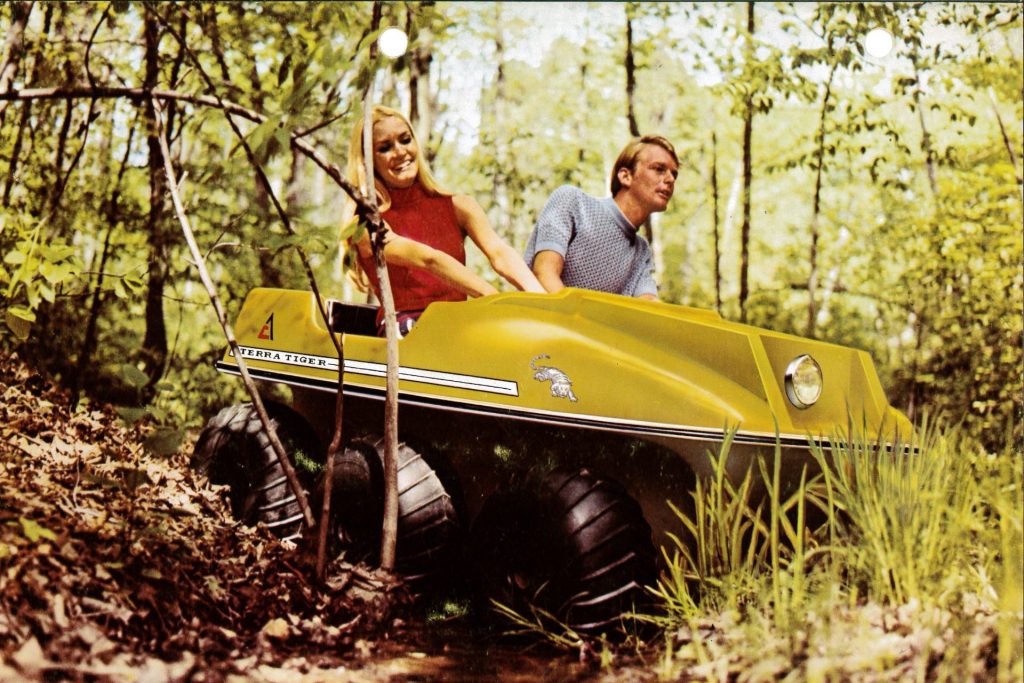 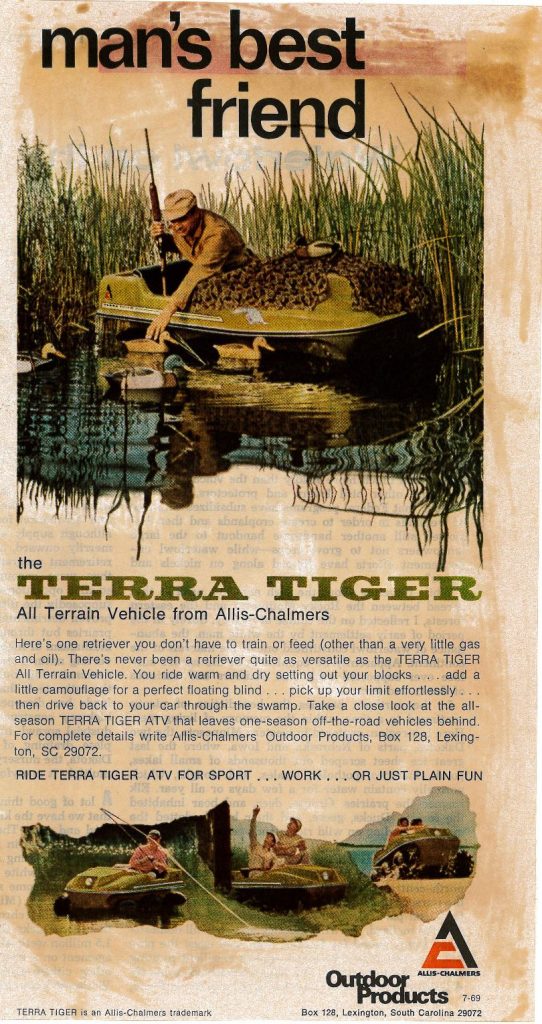 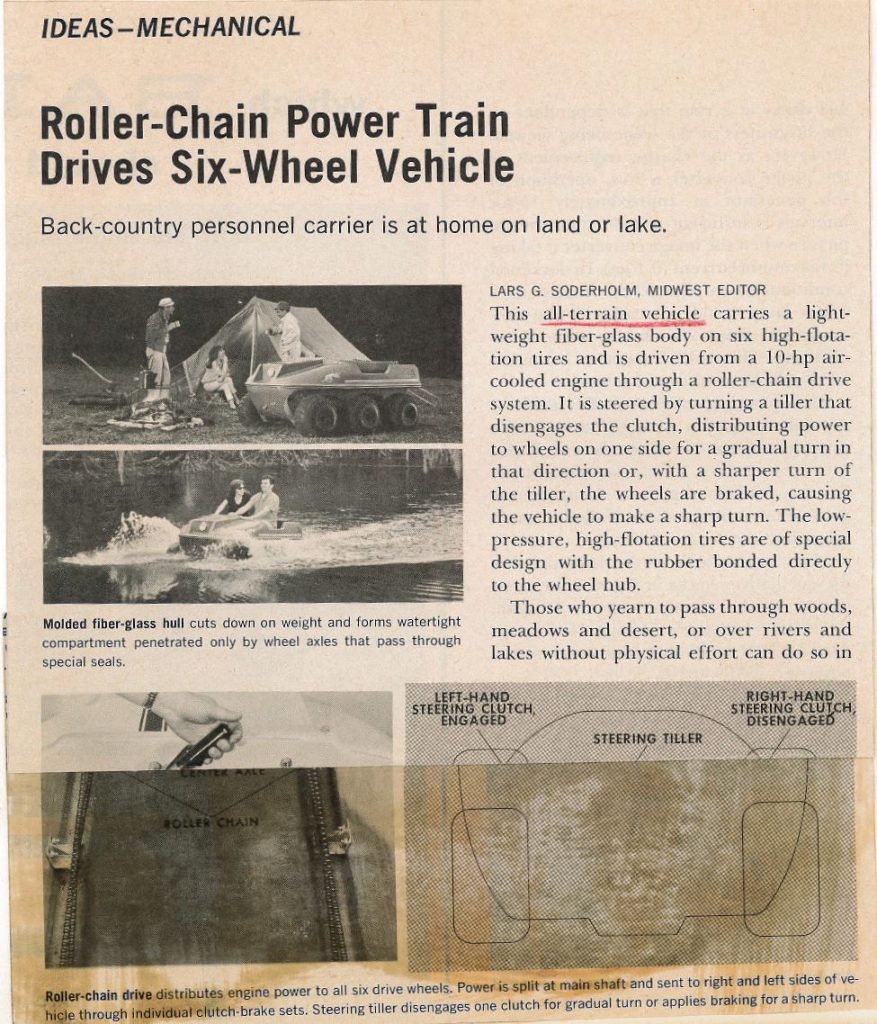 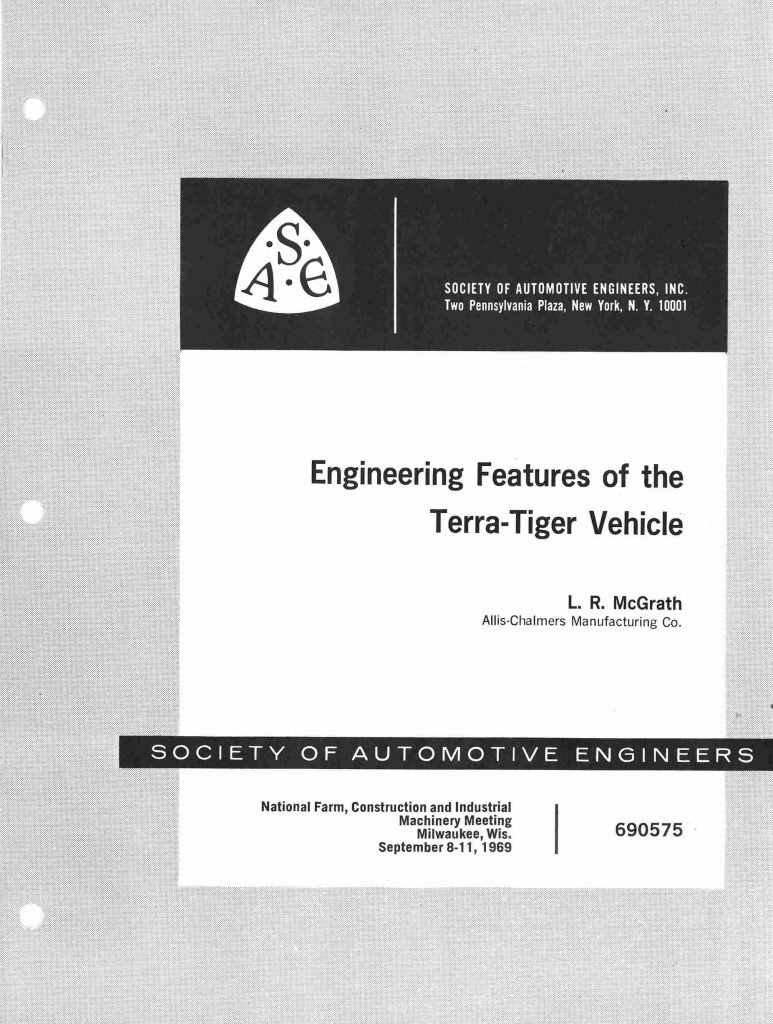 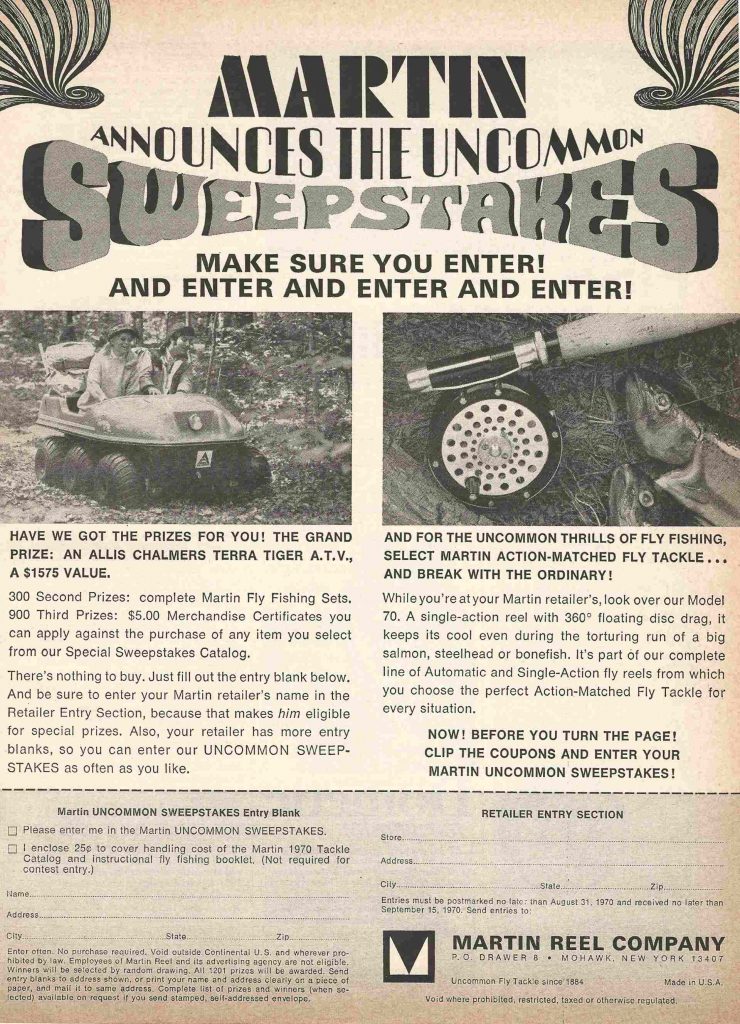 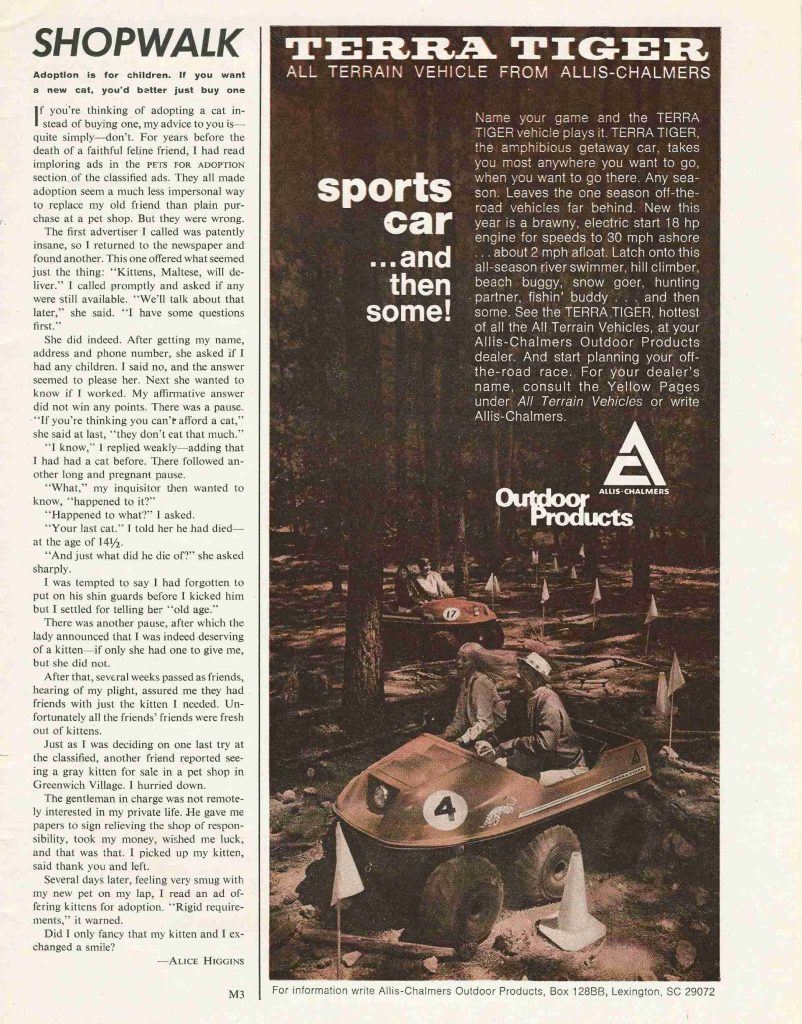 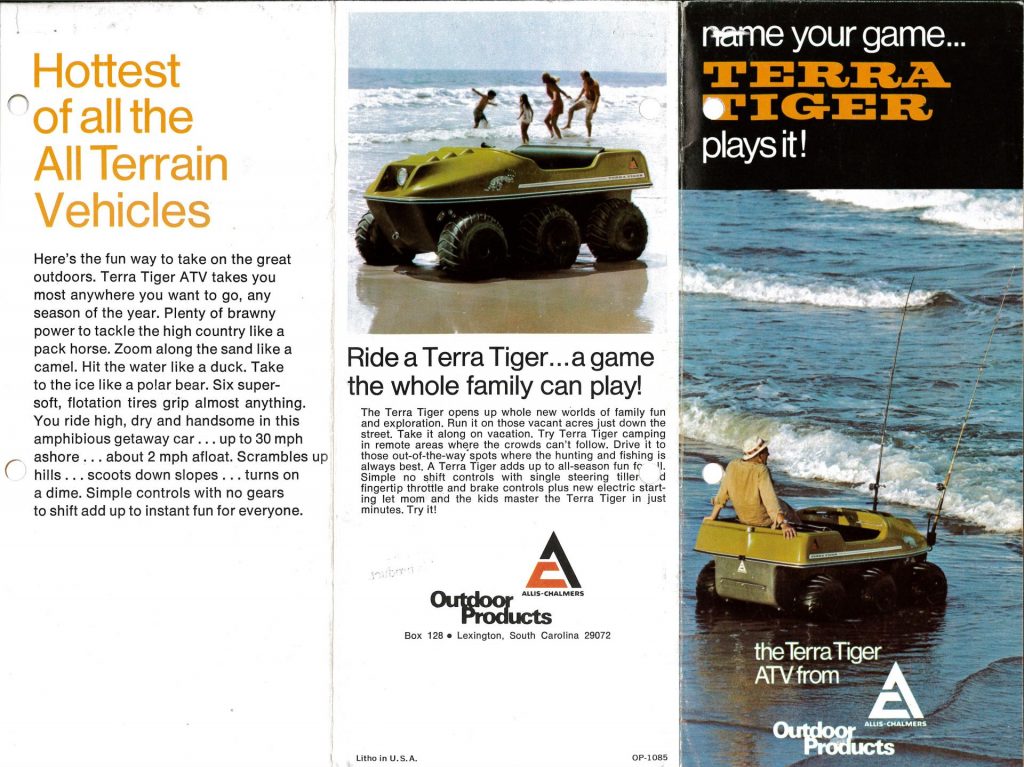 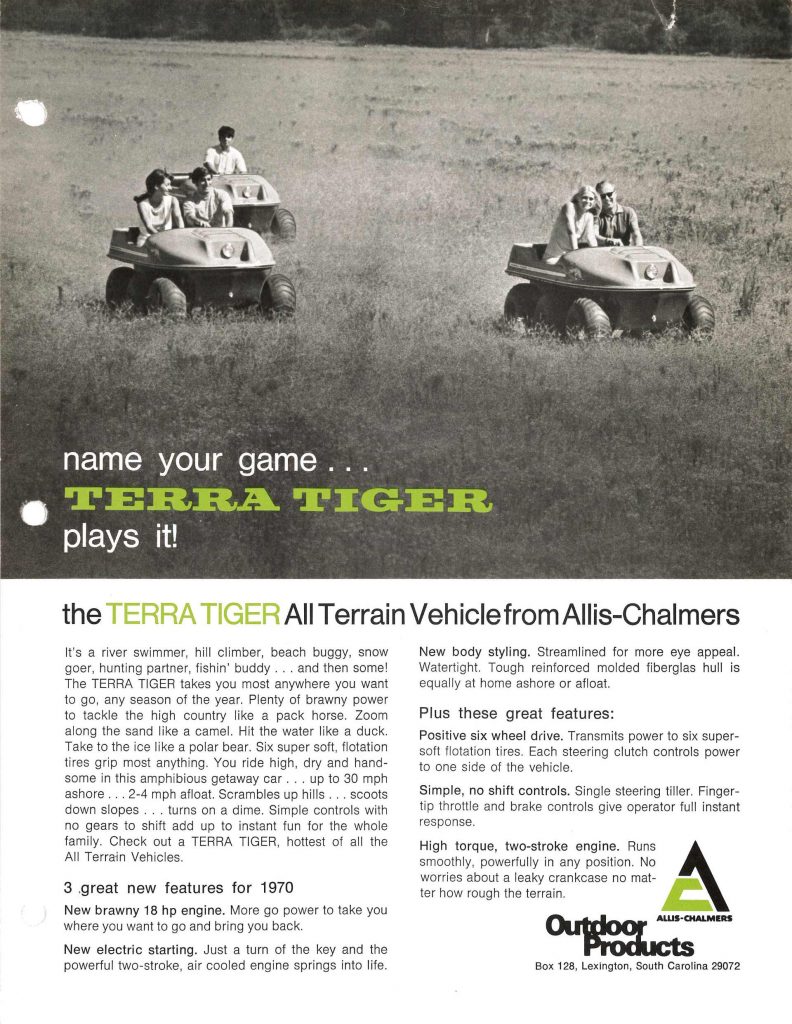 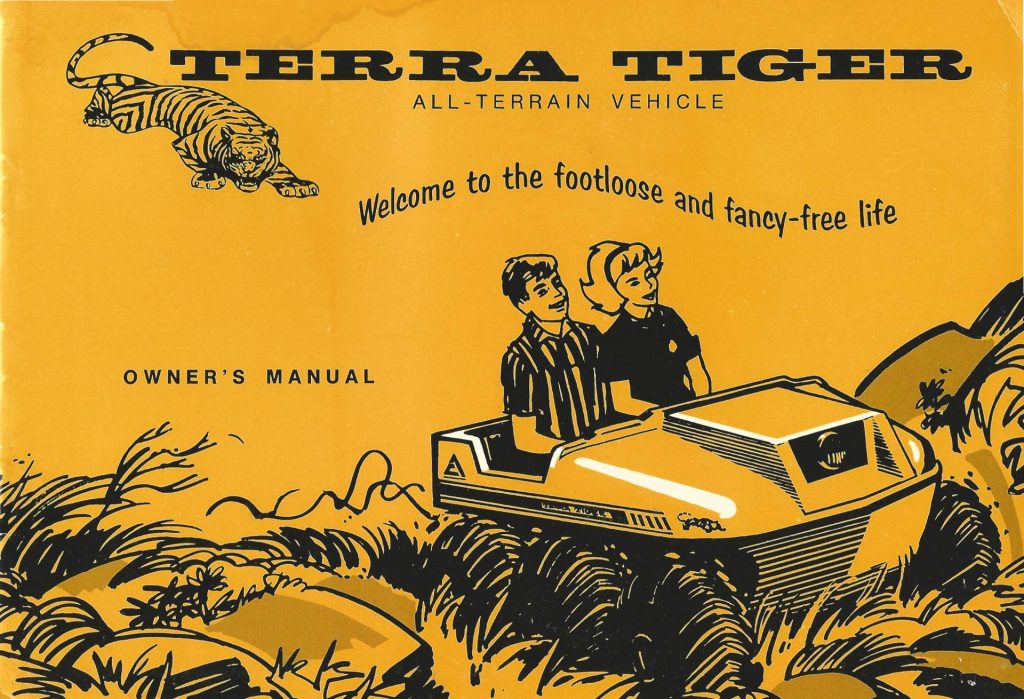 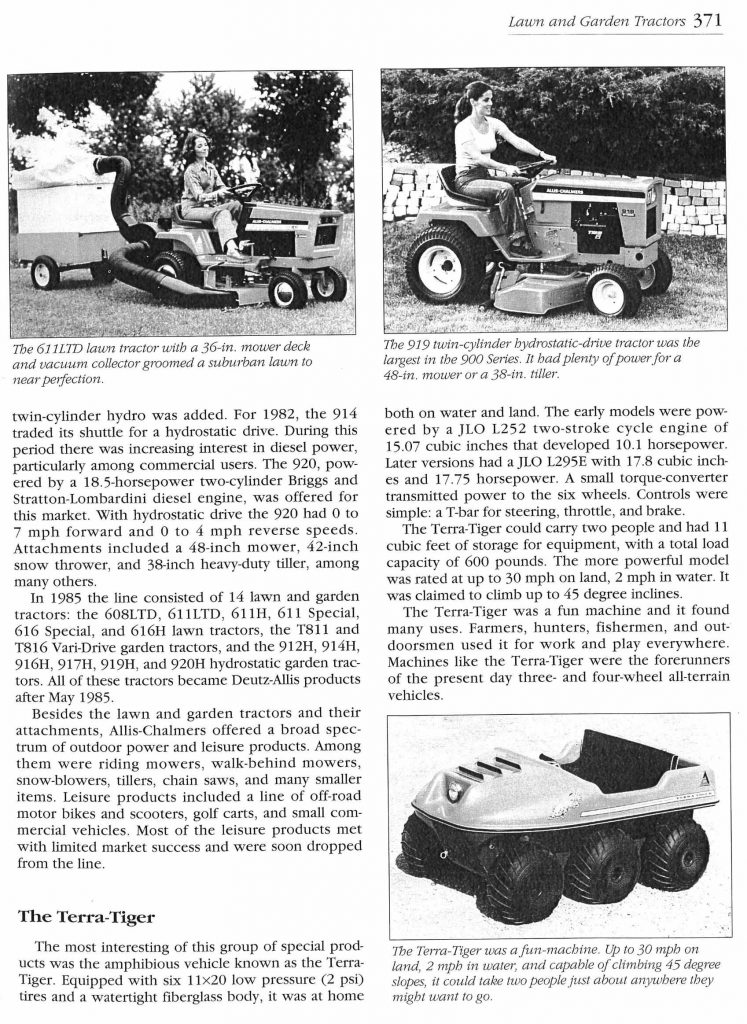 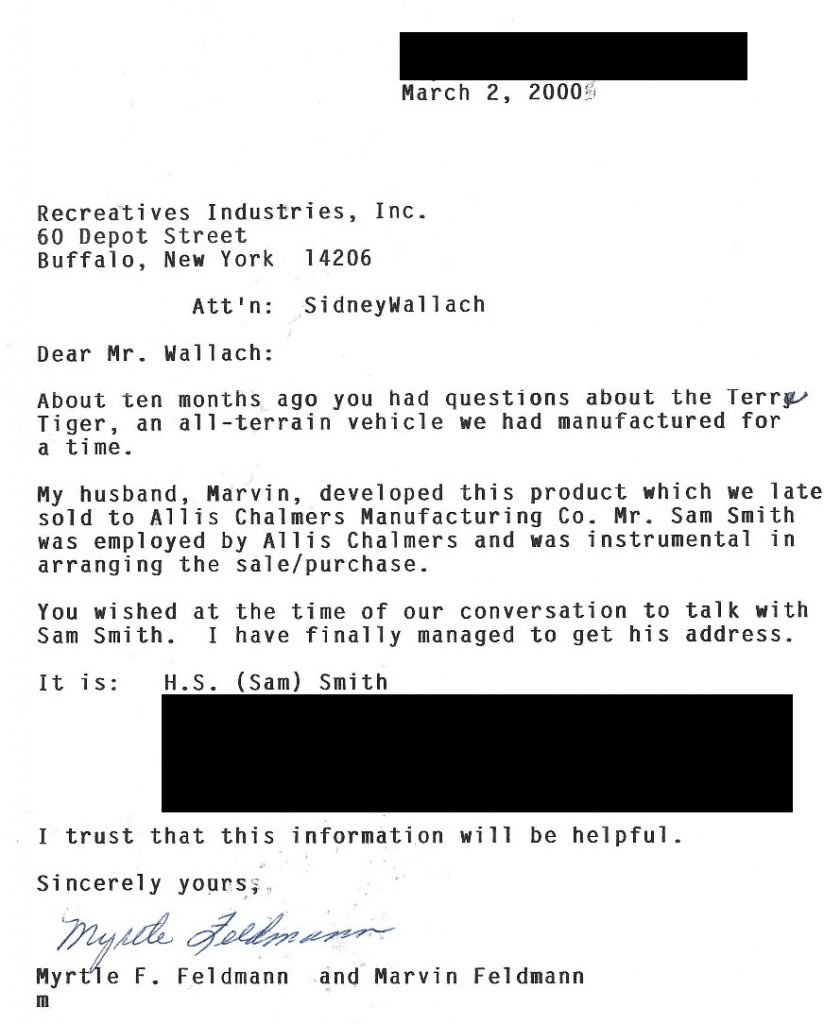