The Stacraft was a self-titled ATV built by the RV manufacturer in Topeka, Indiana in 1971. Lester Miller was the lead designer of the 6×6. Fortunately, Lester lives close to our factory and we have visited one another throughout the years. Below is a video of our visit to his farm. Lester explains the prototype Starcraft was too short of wheelbase and dangerously unstable, causing him to flip it over, which is why the entire vehicle was redesigned. It’s believed either one or two prototypes were built and used for media purposes. We have one in our collection.

A Stacraft racing team was formed with Lester being one of the drivers. He explains five ATV’s were built for the various classes. Late at night, they would secretly install bigger engines to win their class. Matt Oxender purchased one of the Starcraft racers when he was 16 and has continued to race it at Pine Lake. It’s currently undergoing a restoration.

Approximately 50 units in total were produced. Part way through production, Stacraft sold their 6×6 rights to H&H Properties, Inc where the ATV was relabeled as the Hurricane. Serial numbers are not sequential, and it is unknown how many each company built. 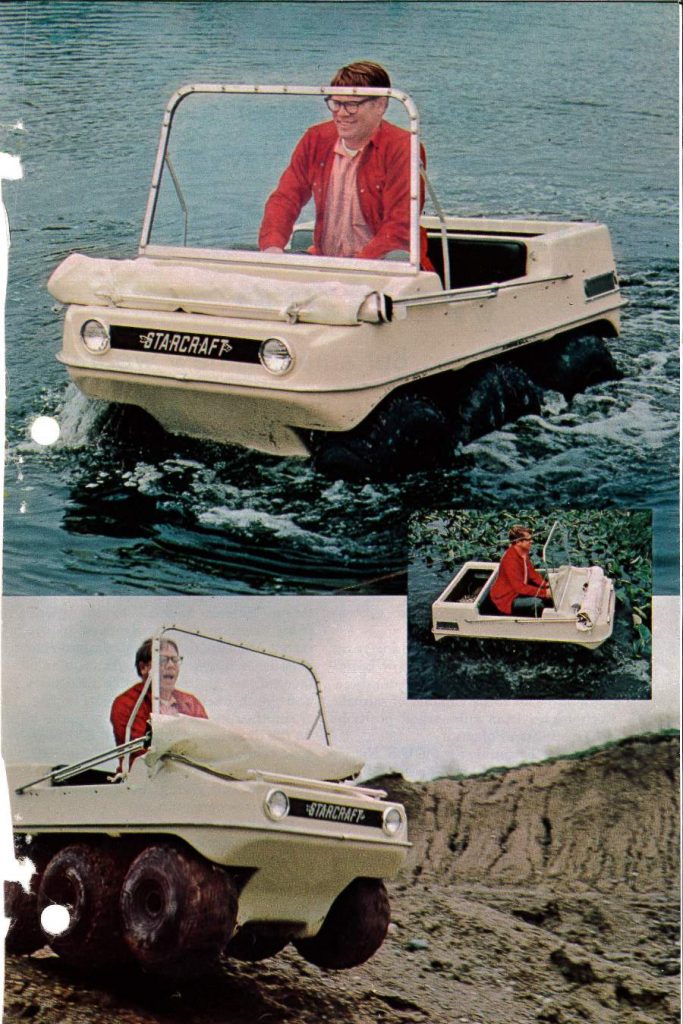 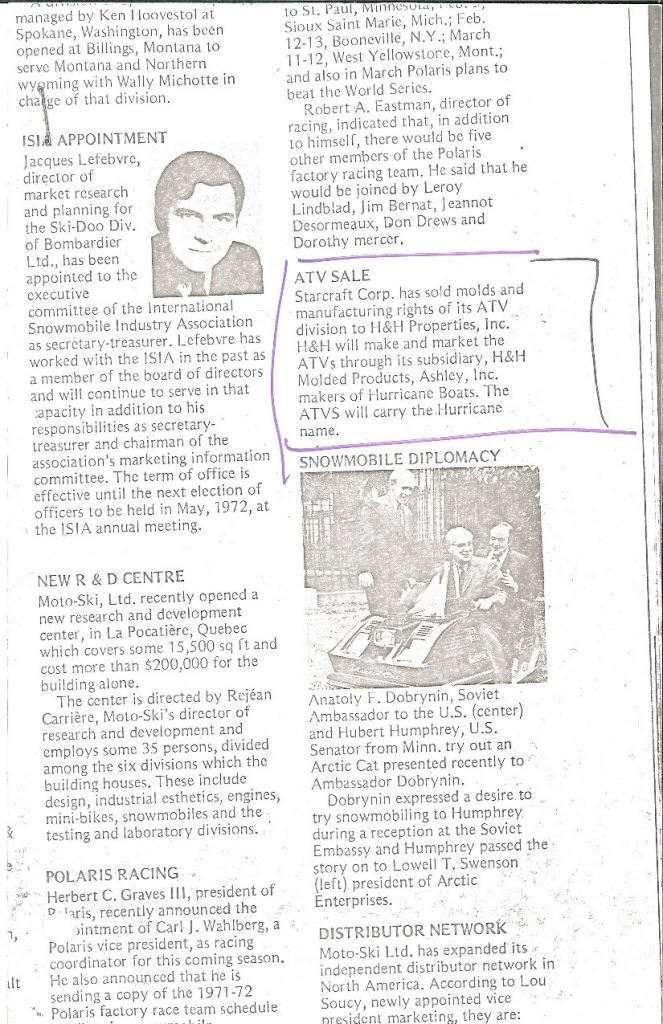