Action Age’s (later on Scrambler Inc then Scrambler Corp) most popular model, Scrambler, holds perhaps more heritage to ATV racing than any other vehicle in the world. This 6×6 began as a simple project with funding by William Edward Fischer Sr. who owned and operated Fischer Construction Company in Ashtabula, Ohio. It features a fiberglass body with range of 2-stroke and 4-stroke engines. One of the most notable features of Scrambler was its long wheelbase. This provided extreme stability and handing in the corners, much unlike other 6×6’s of the era.

What started as a simple business model completely changed the world. As the Scrambler proved to be a fast, nimble and high speed ATV, Fischer decided to utilize his construction equipment and build a racetrack for his beloved Scrambler investment. A place for others to compete, his children to have fun, and most of all a place of entertainment for the town of Ashtabula. In 1969, Pine Lake opened its doors and became the world’s first ATV racetrack. It features a high speed straight with a mixture of sweeping and tight turns, small jumps and off camber corners. This track sparked a national racing series for amphibious ATV’s, where the Fischer family would eventually help operate NATVA (National All-Terrain Vehicle Association). Pine Lake is still in operation today. Manufacturers and individual racers travel from around the world for testing, tuning, and of course national racing events.

The Fischer family also operated the factory Scrambler racing team. With endless tools, parts, tuning skills, and their own racetrack, Scramblers dominated on the national circuit. You can’t miss the infamous orange and white Scrambler racing trailer in the background of racing videos. It was the win on Sunday, sell on Monday business model. Scrambler even offered a 340 racing model.

Perhaps one of the greatest tales of the 6×6 ATV world dates back to the late 1960’s. Employees of Scrambler would stay after-hours to work on a special project with one goal in mind: Build the fastest skid-steer ATV in the world. What they came up with is a racecar style body with massive JLO engine. With an estimated 100+ mph top speed, the chains were placed inside of sealed boxes with a lubrication system. Unfortunately, the builders utilized two automotive master cylinders connected to the steering column, and there was not enough mechanical advantage to make The Wrangler steer. It was never tested at the salt flats, but was taken to local fairs and fired up to get the crowds excited. Yes, it’s extremely loud. 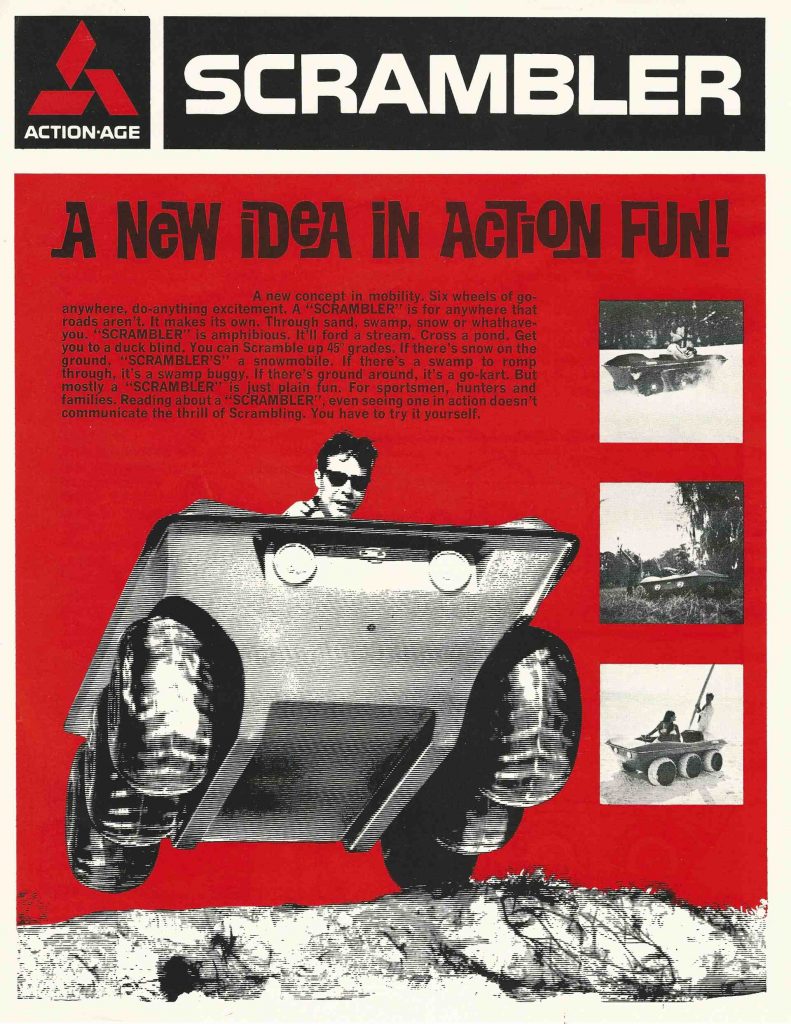 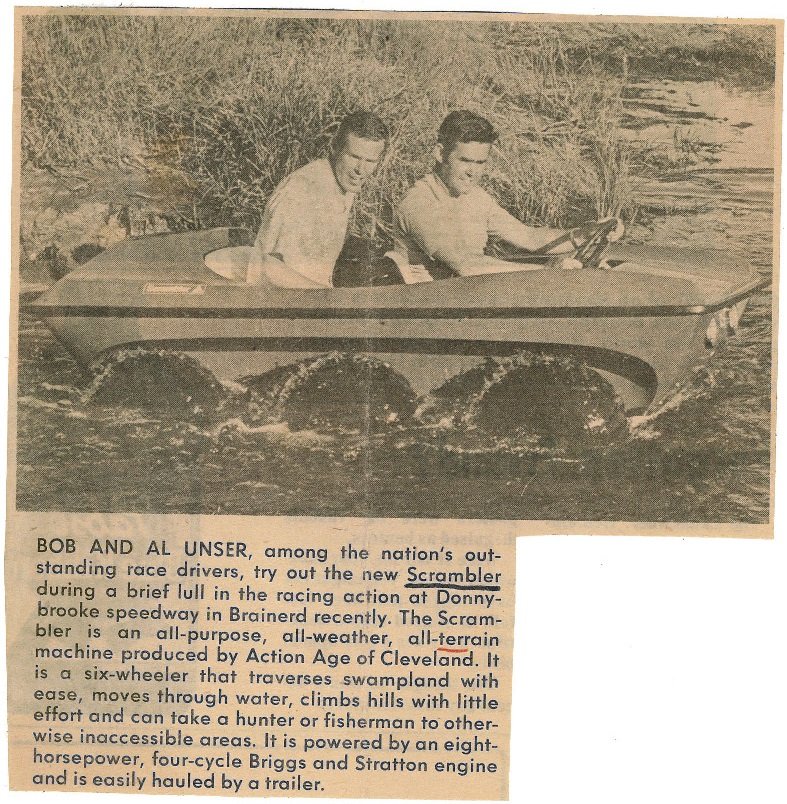 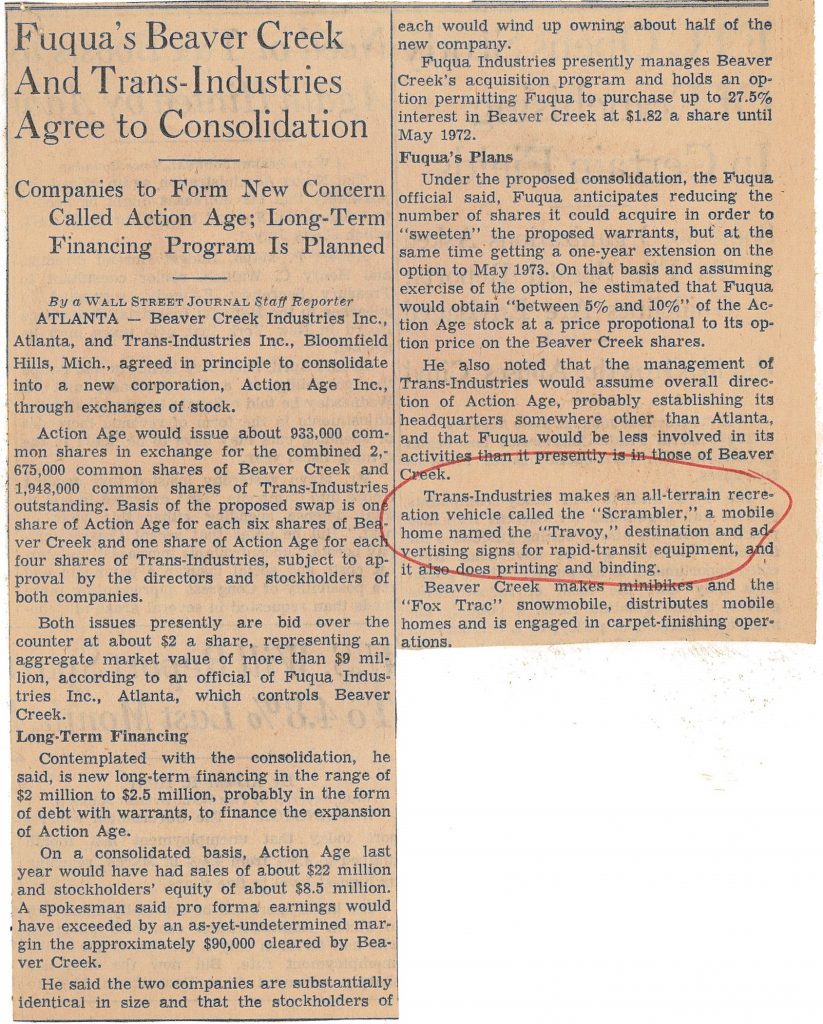 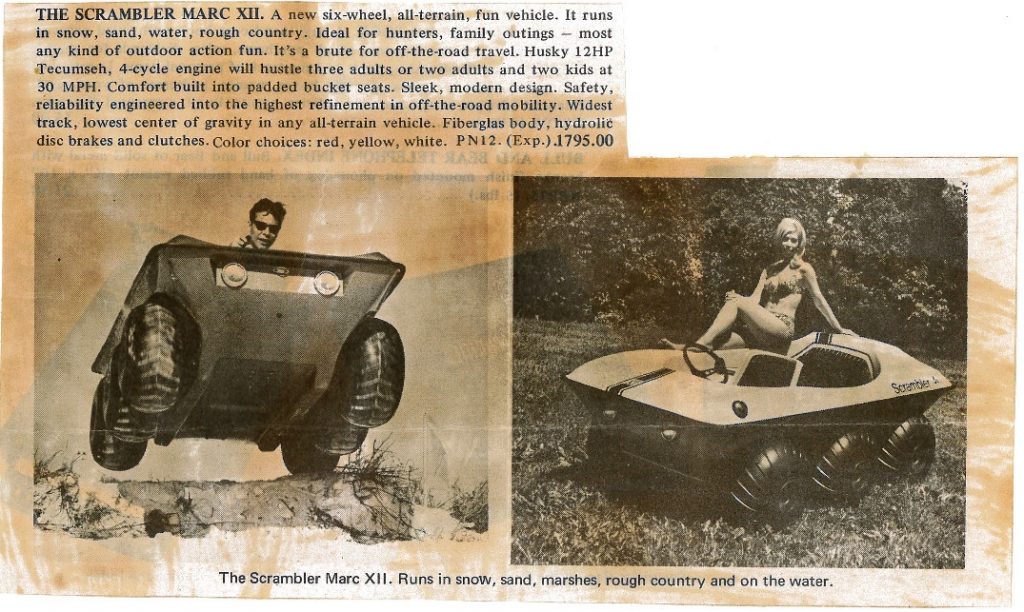 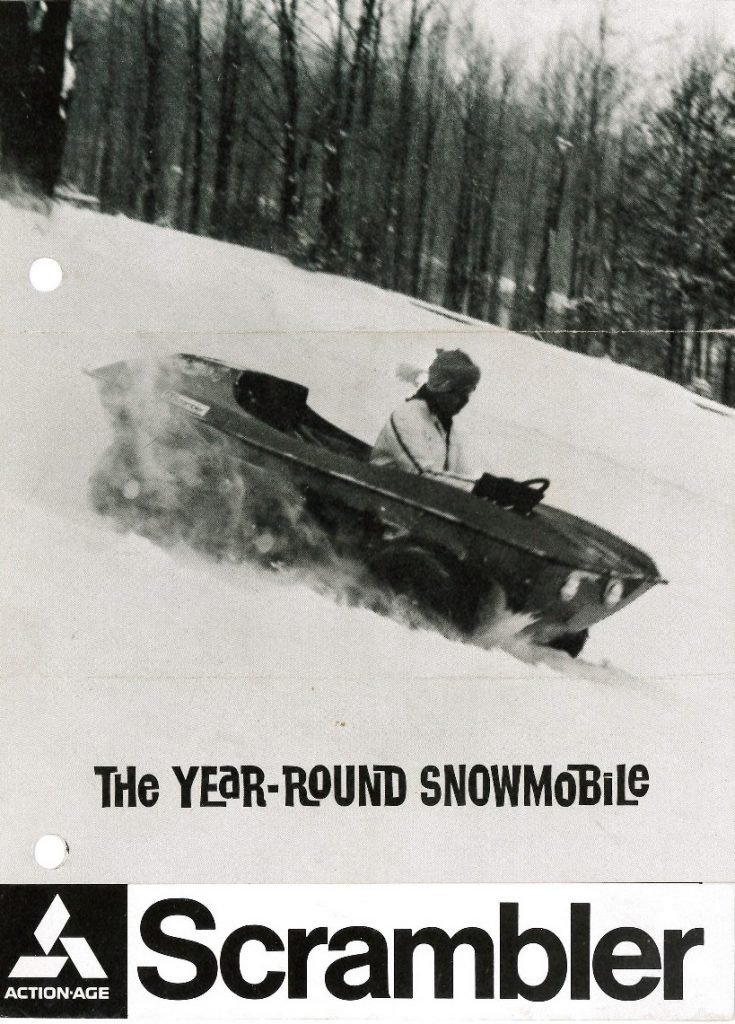 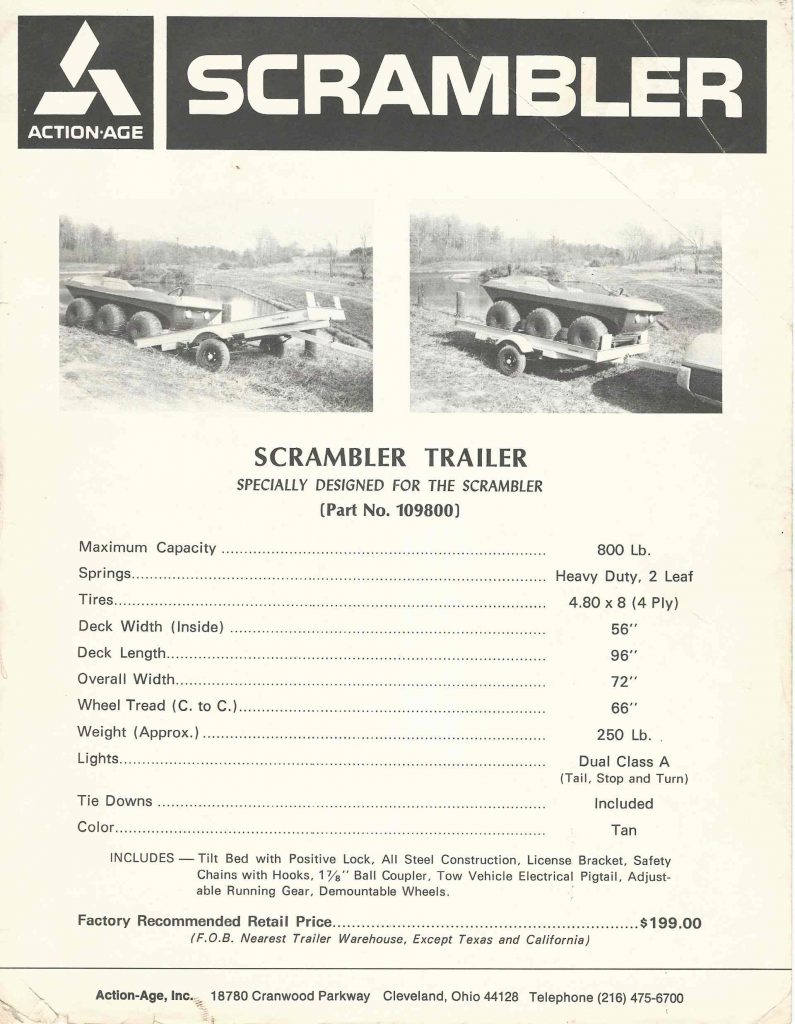 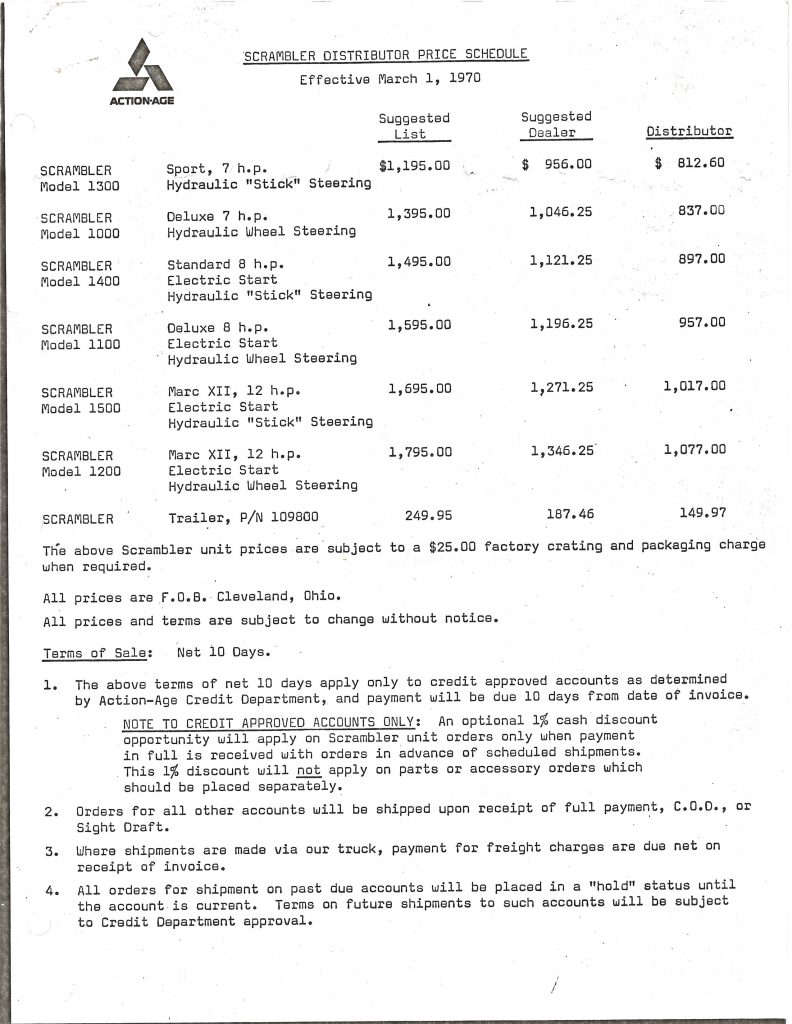 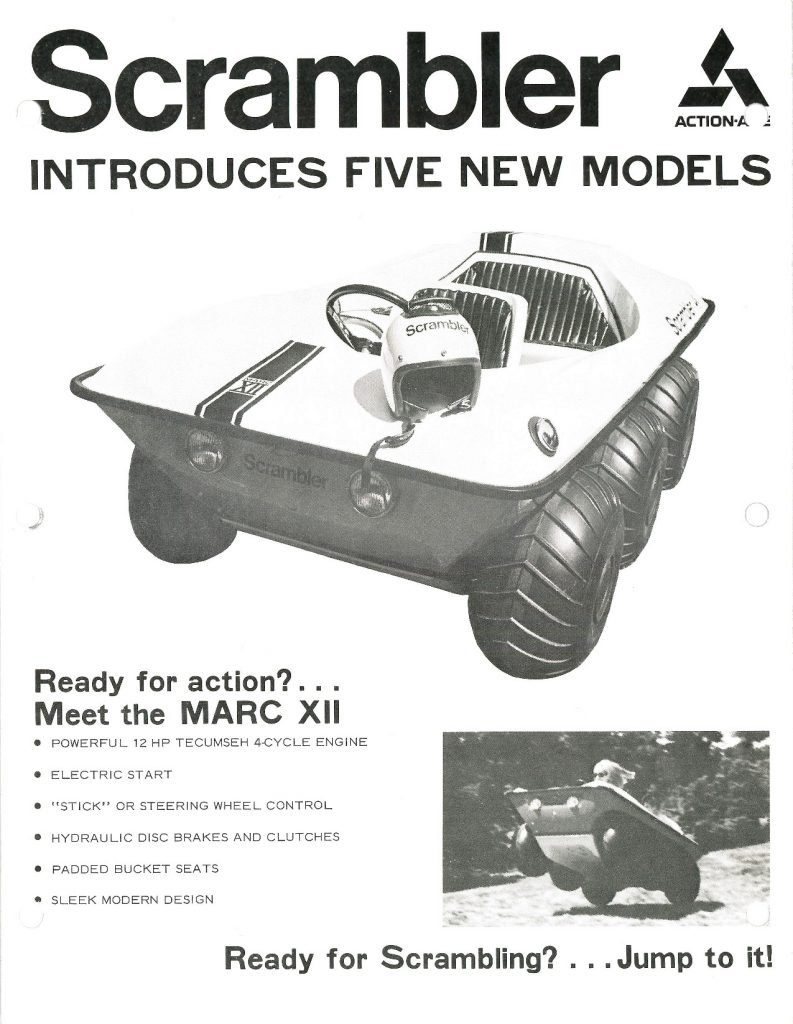 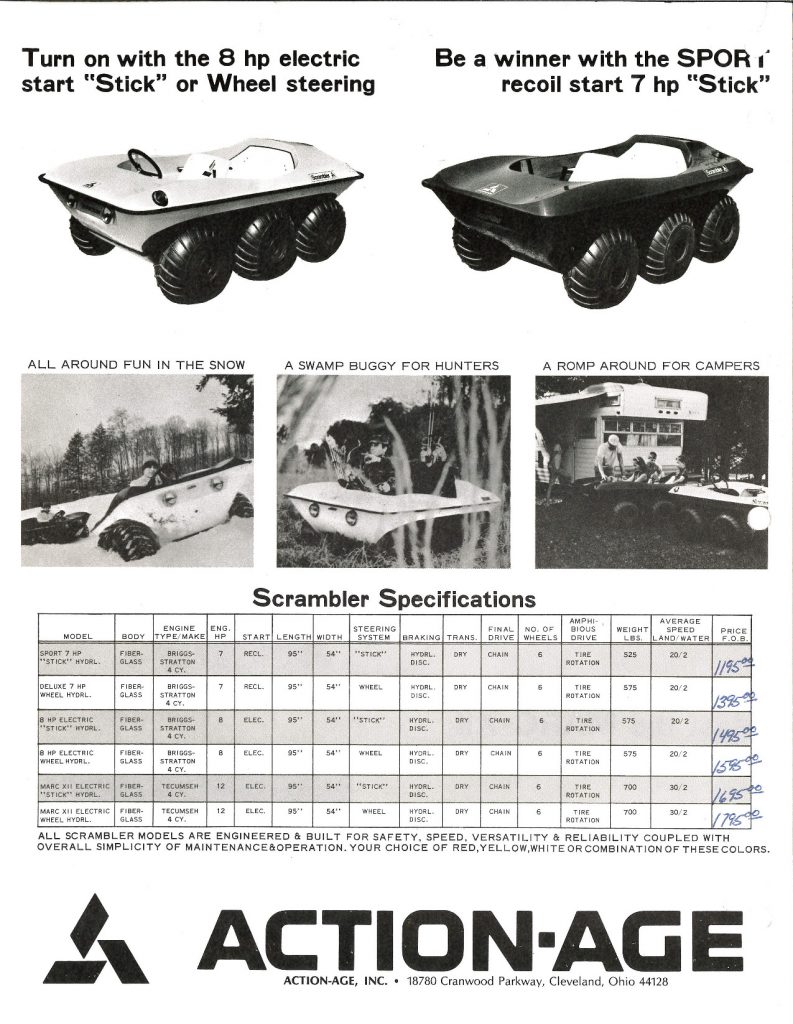 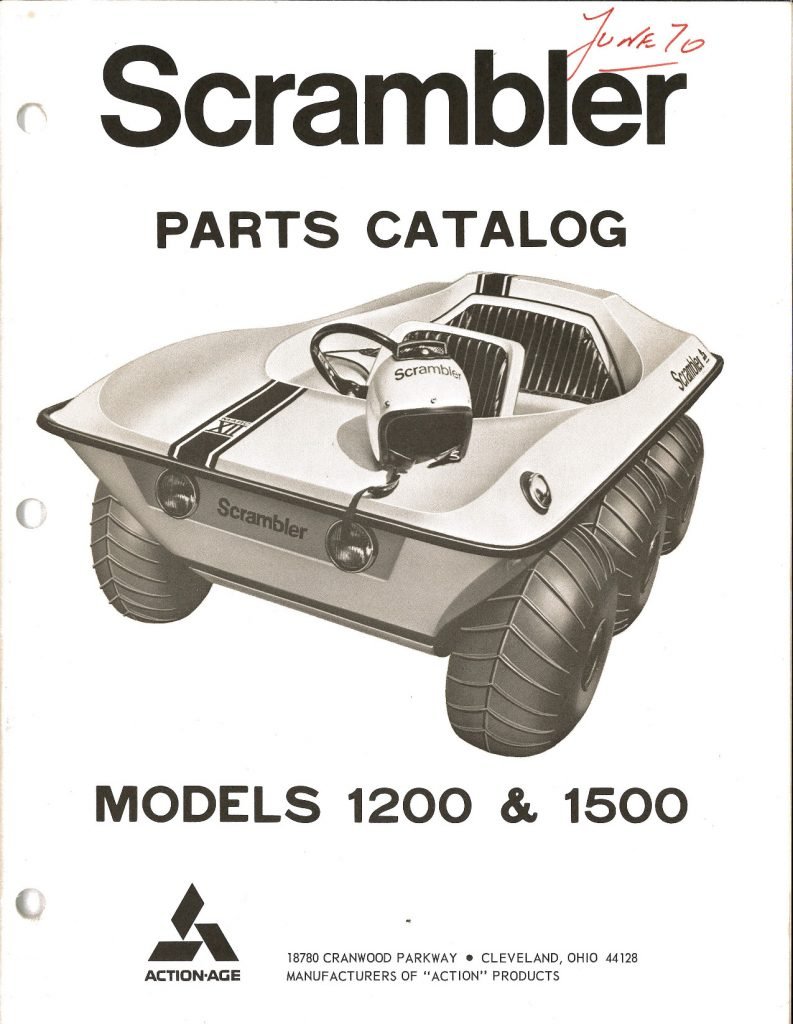 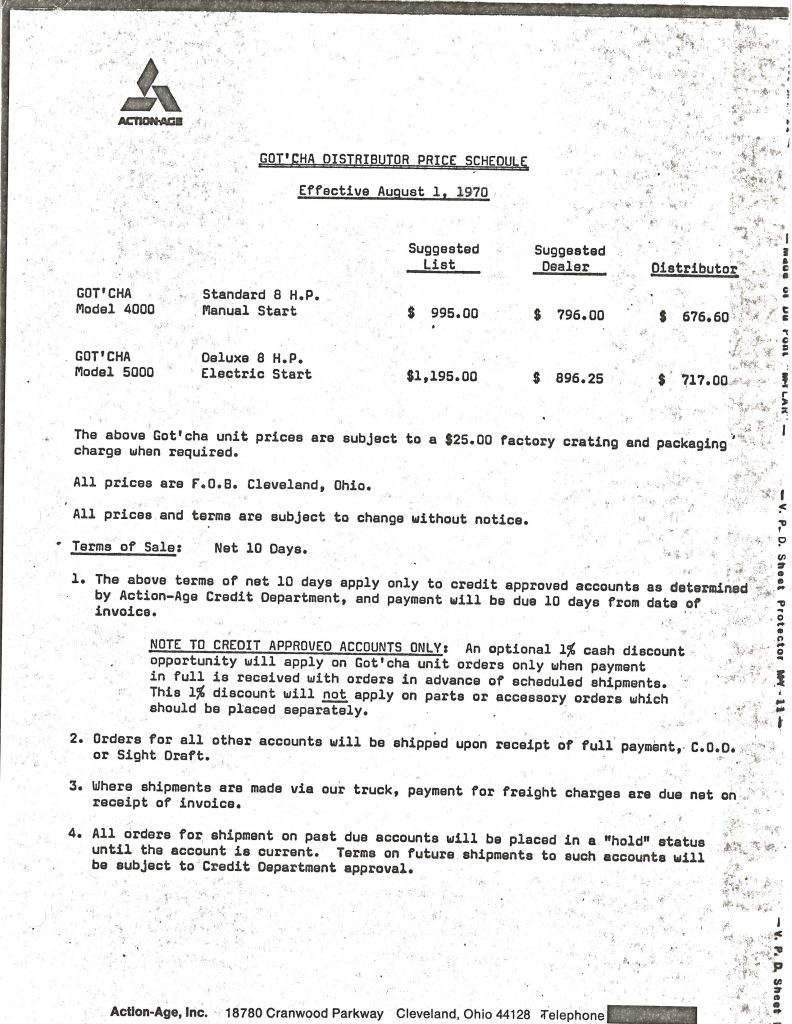 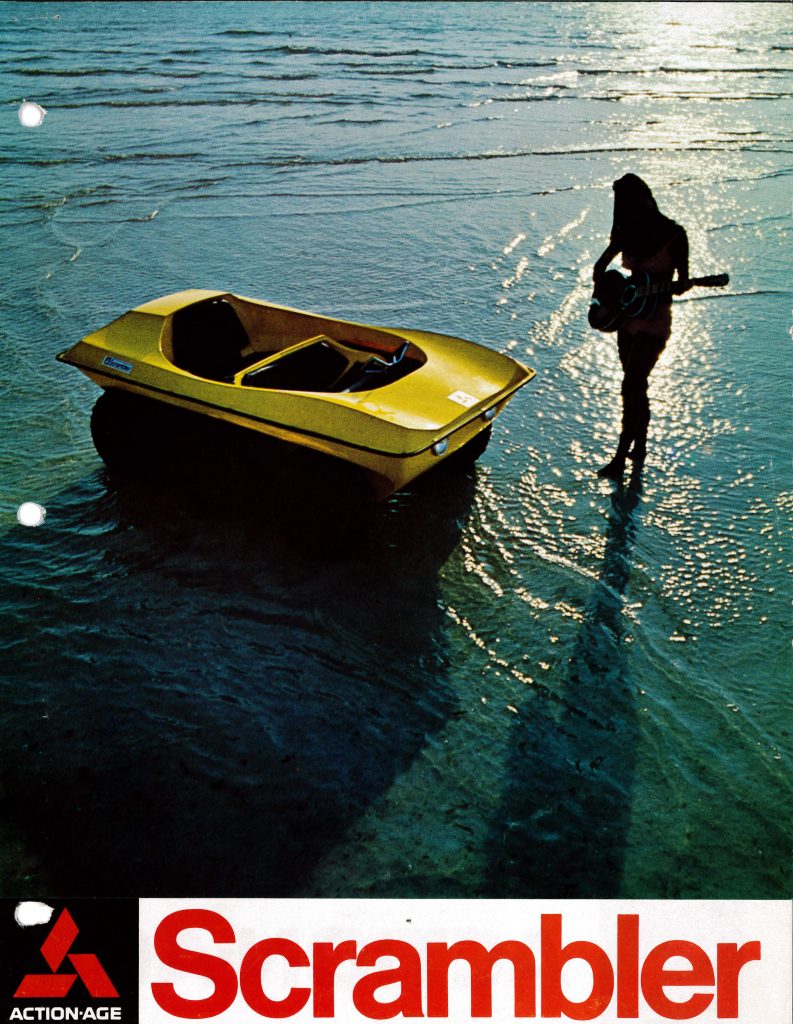 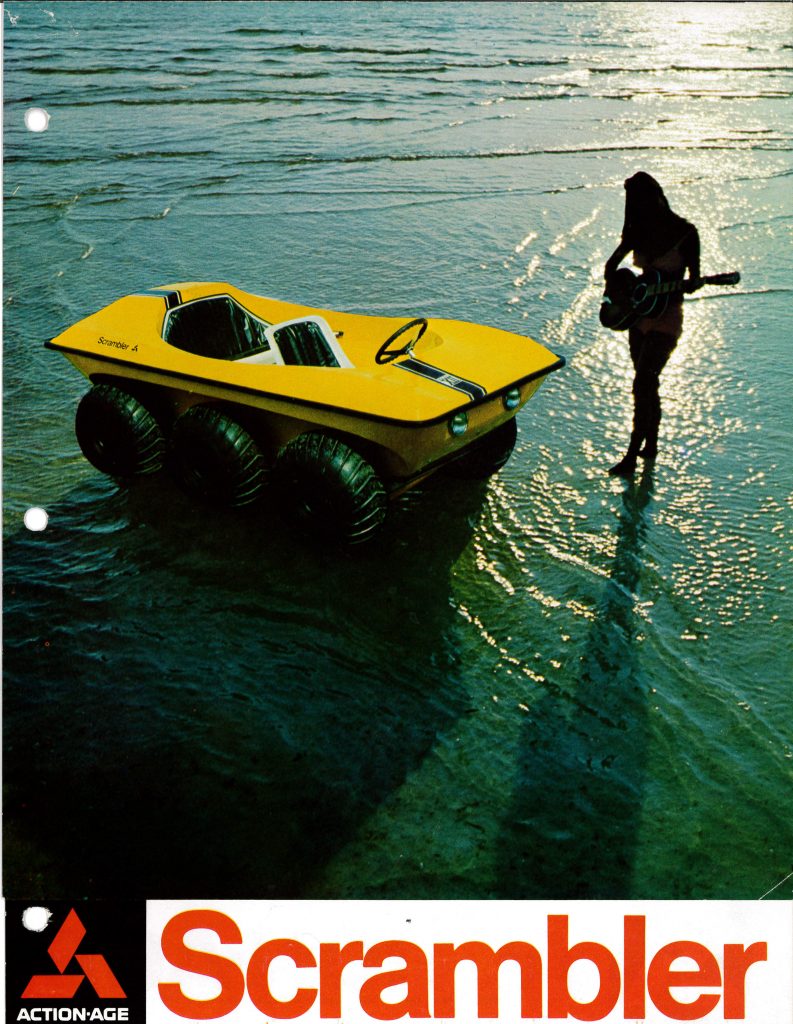 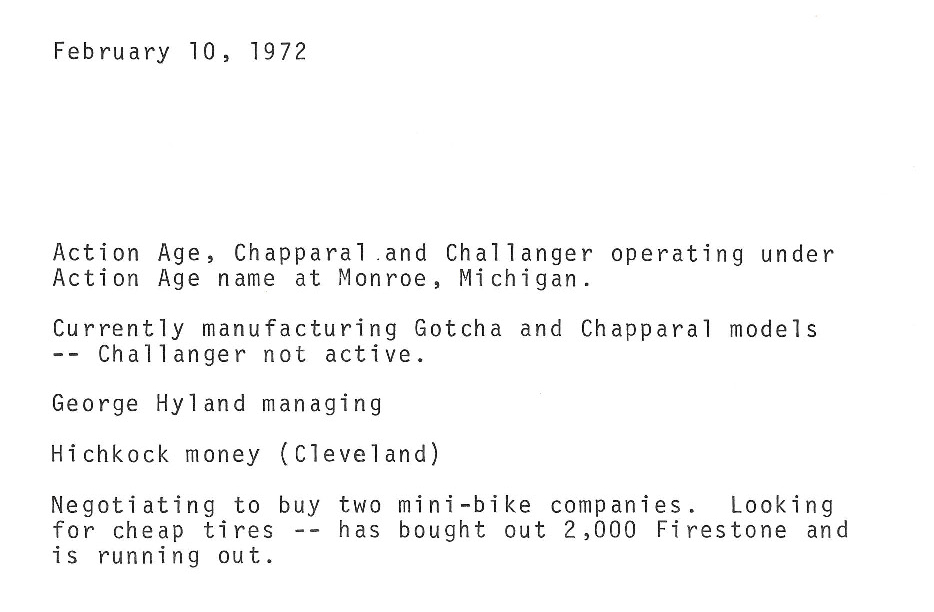 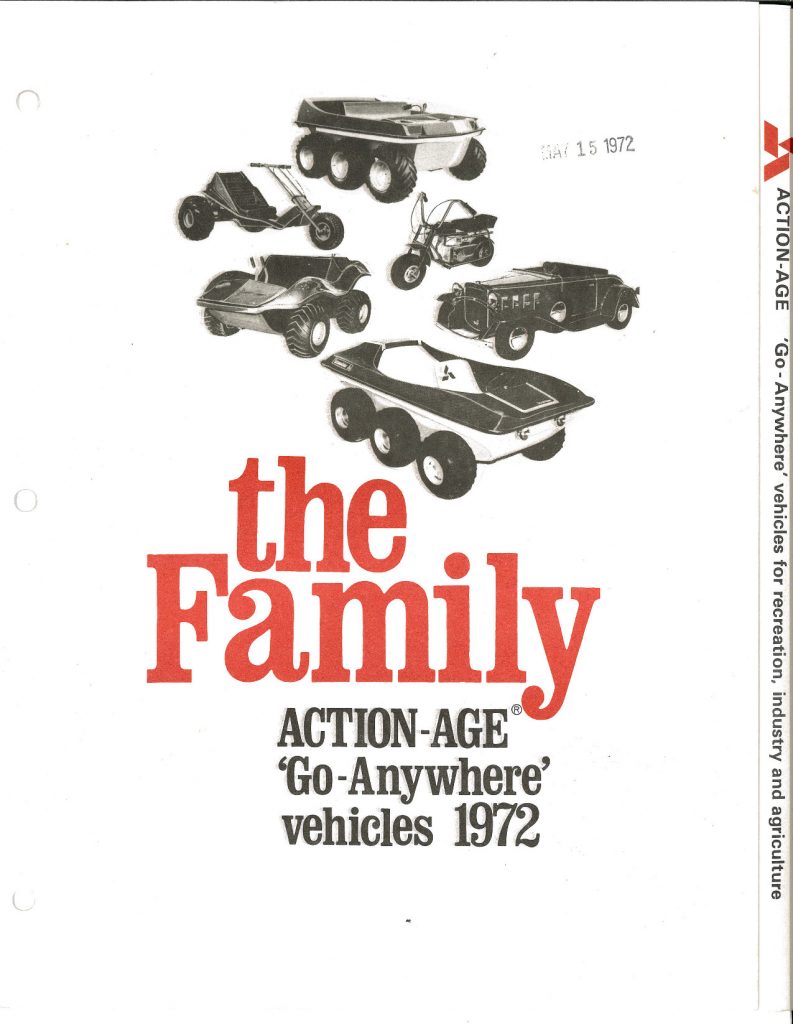 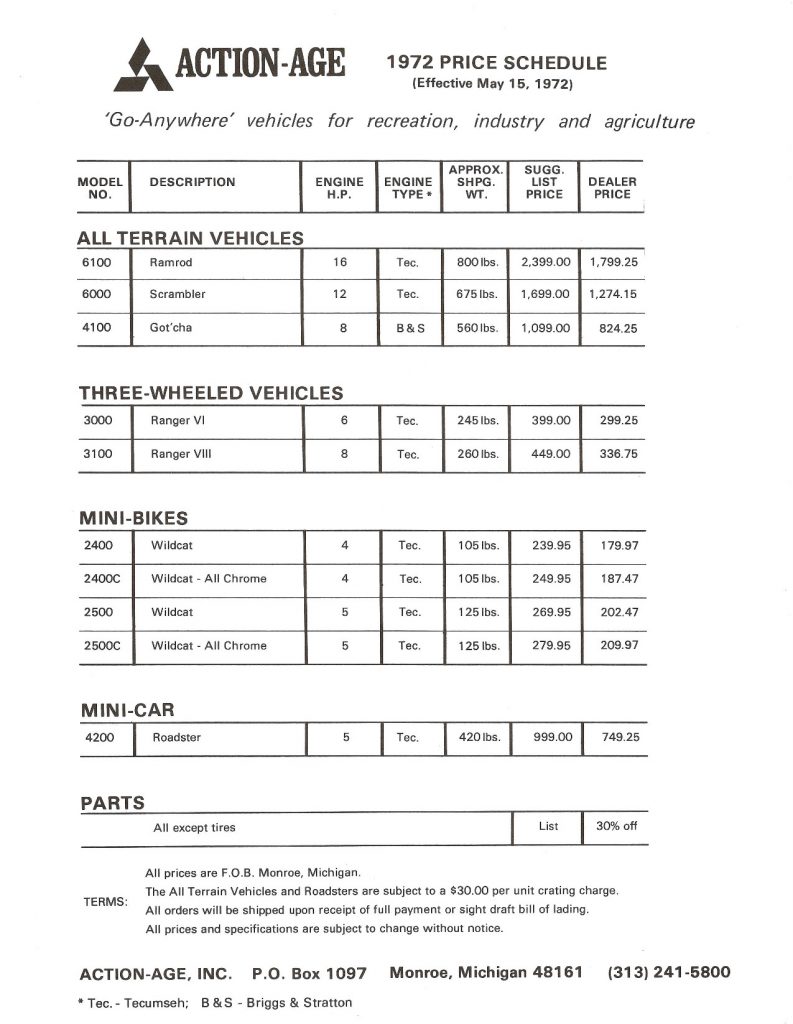 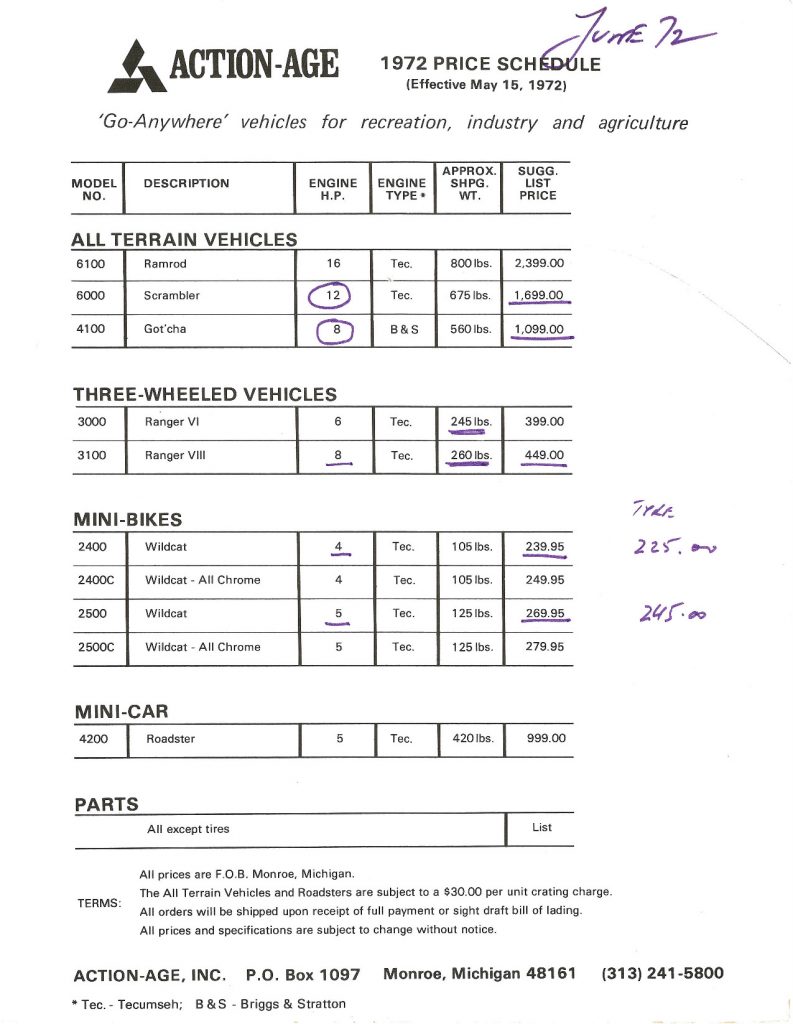 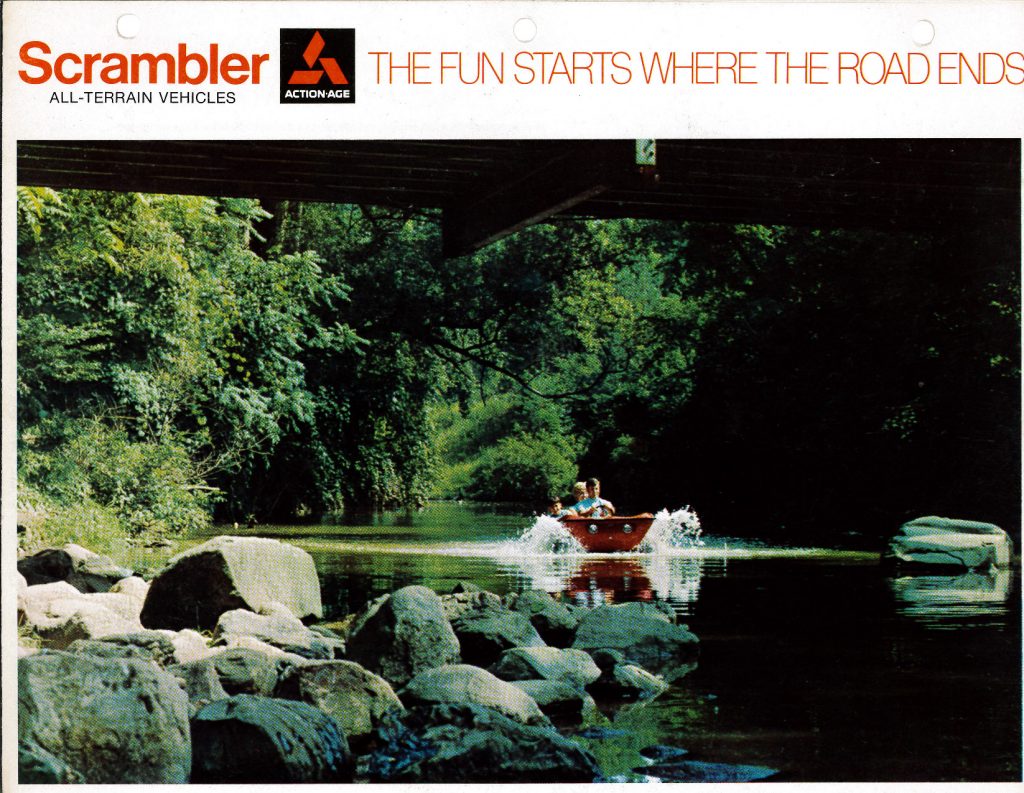 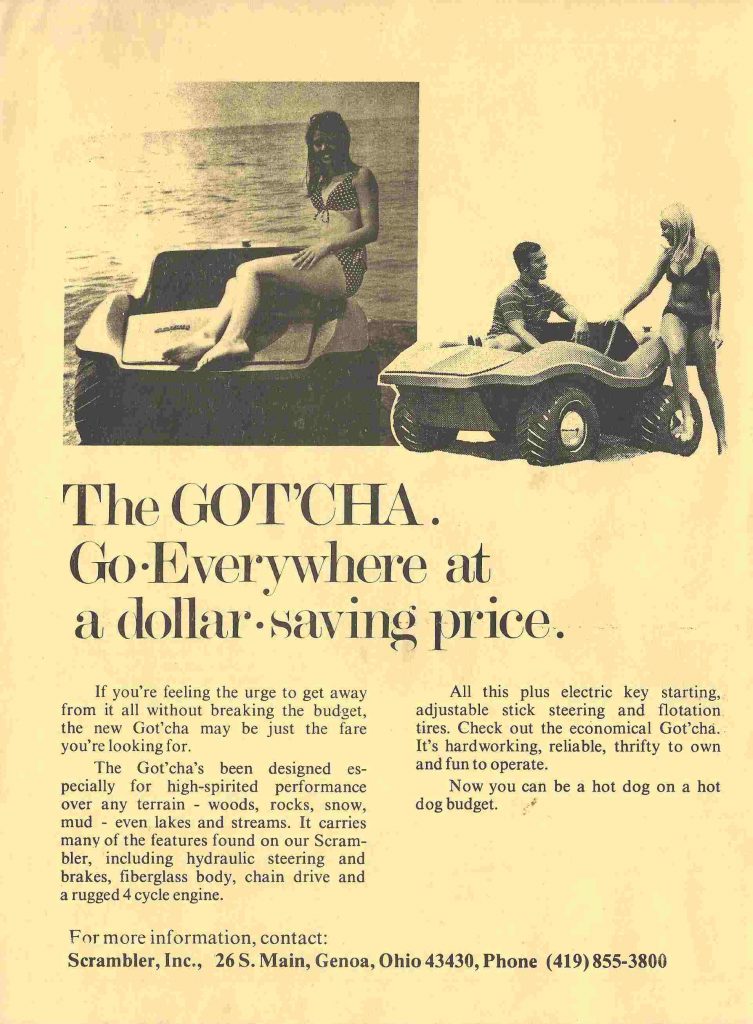 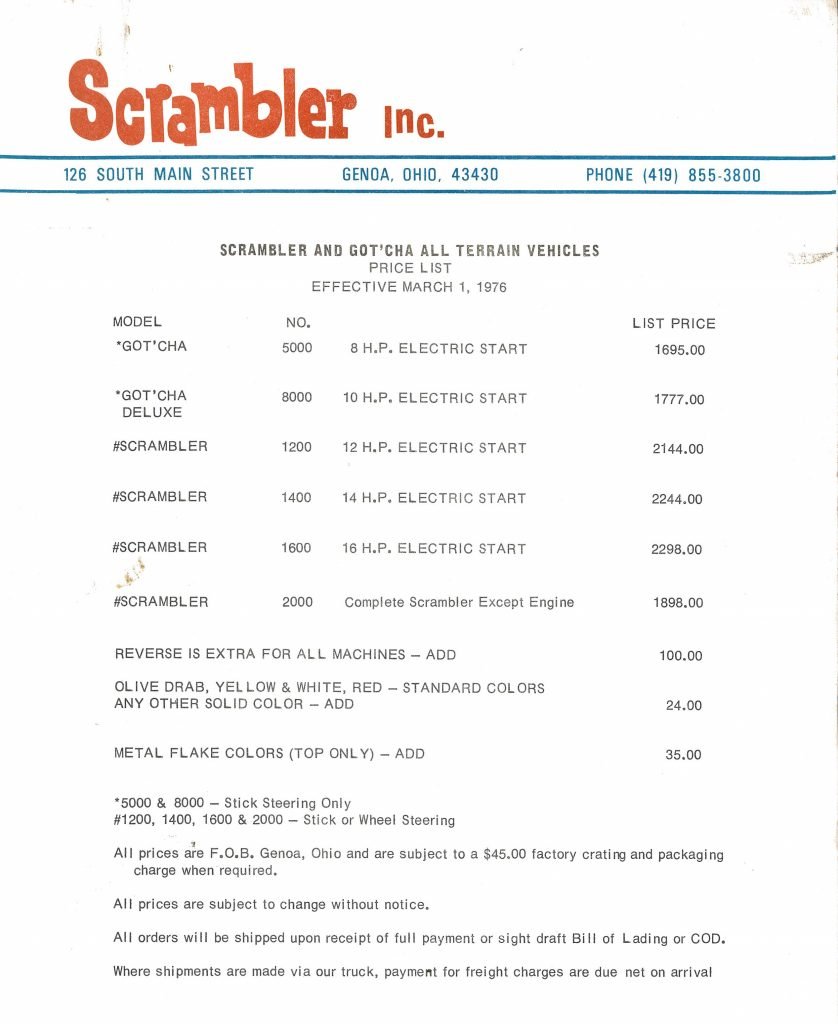 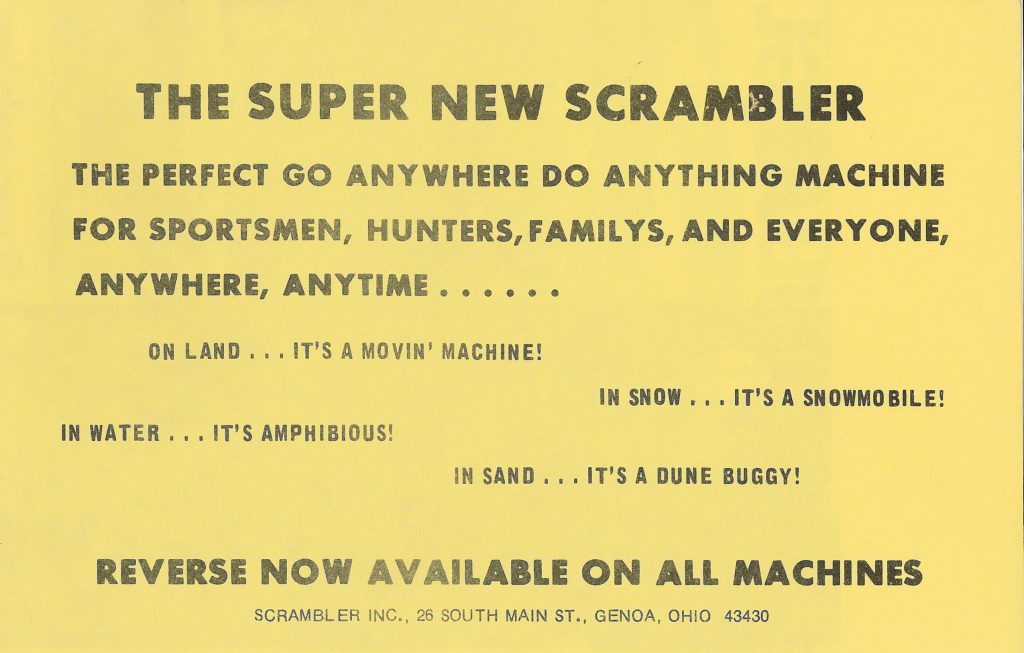 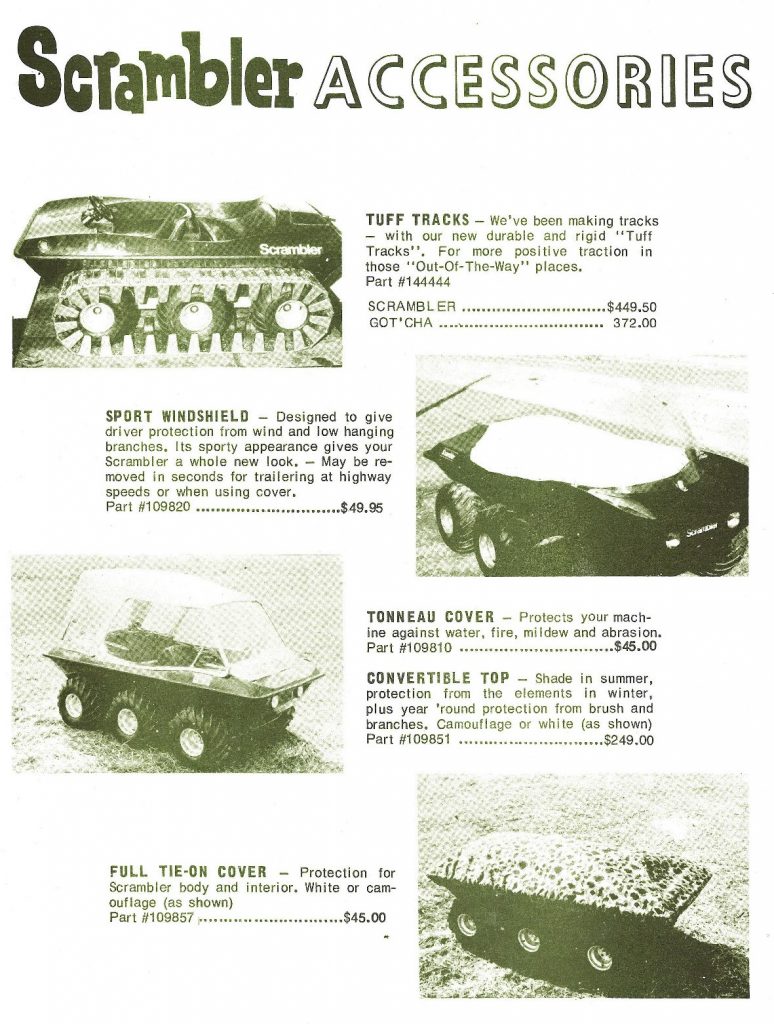 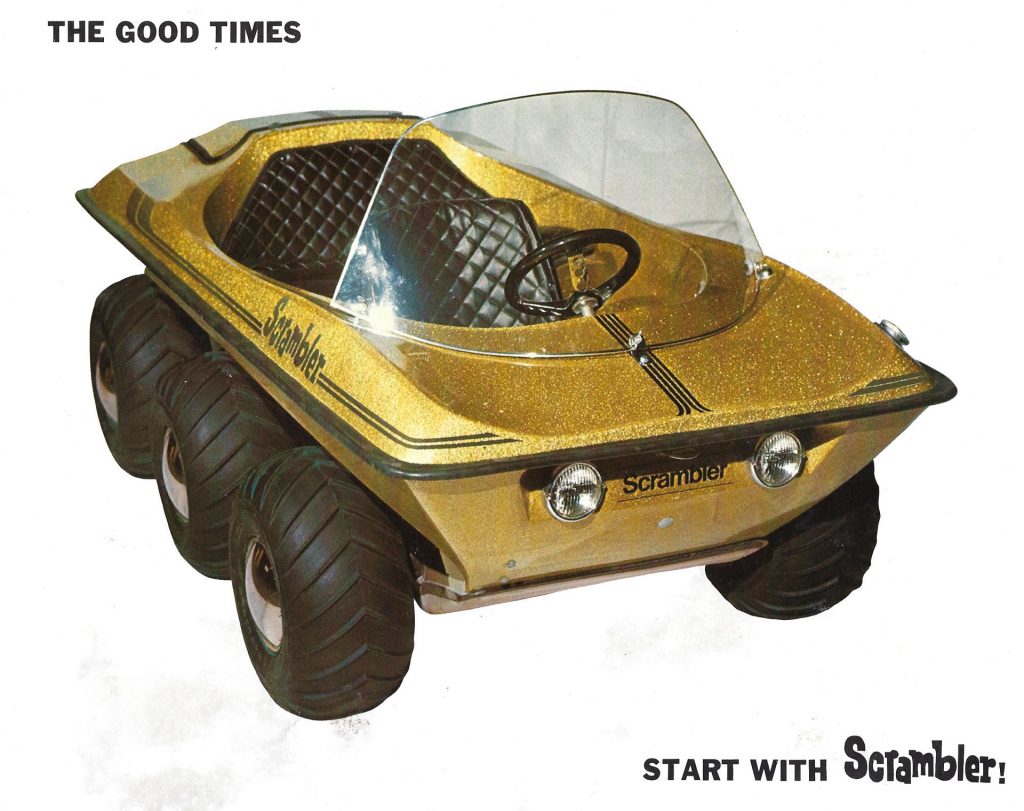 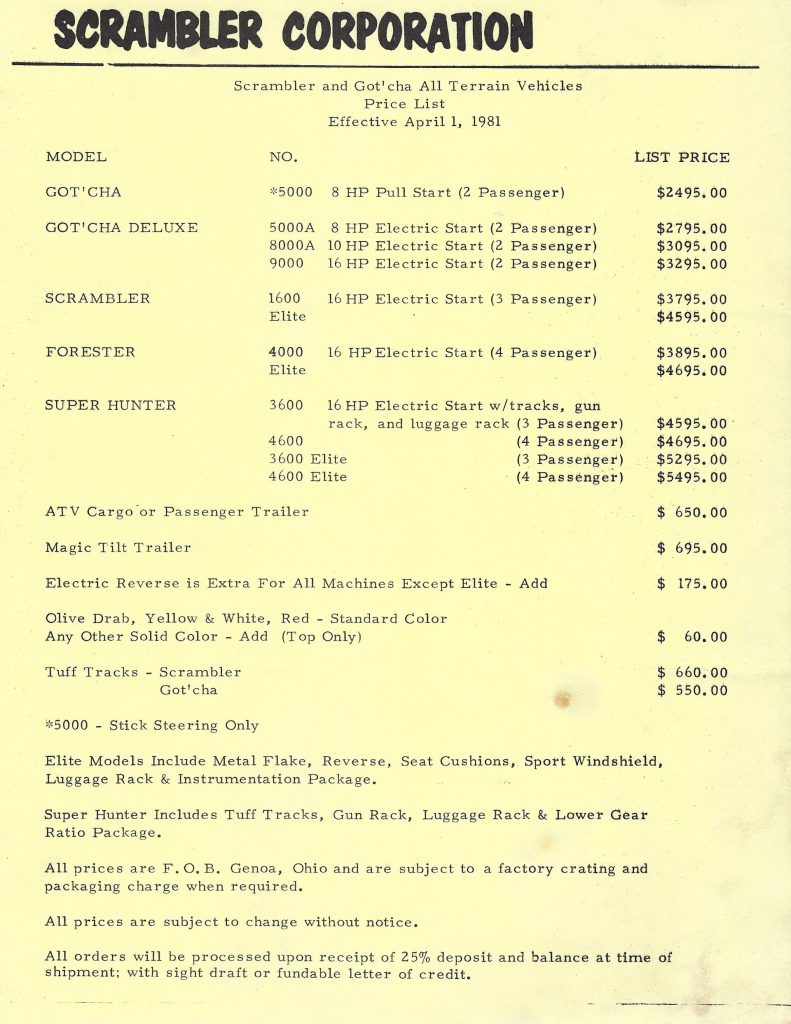 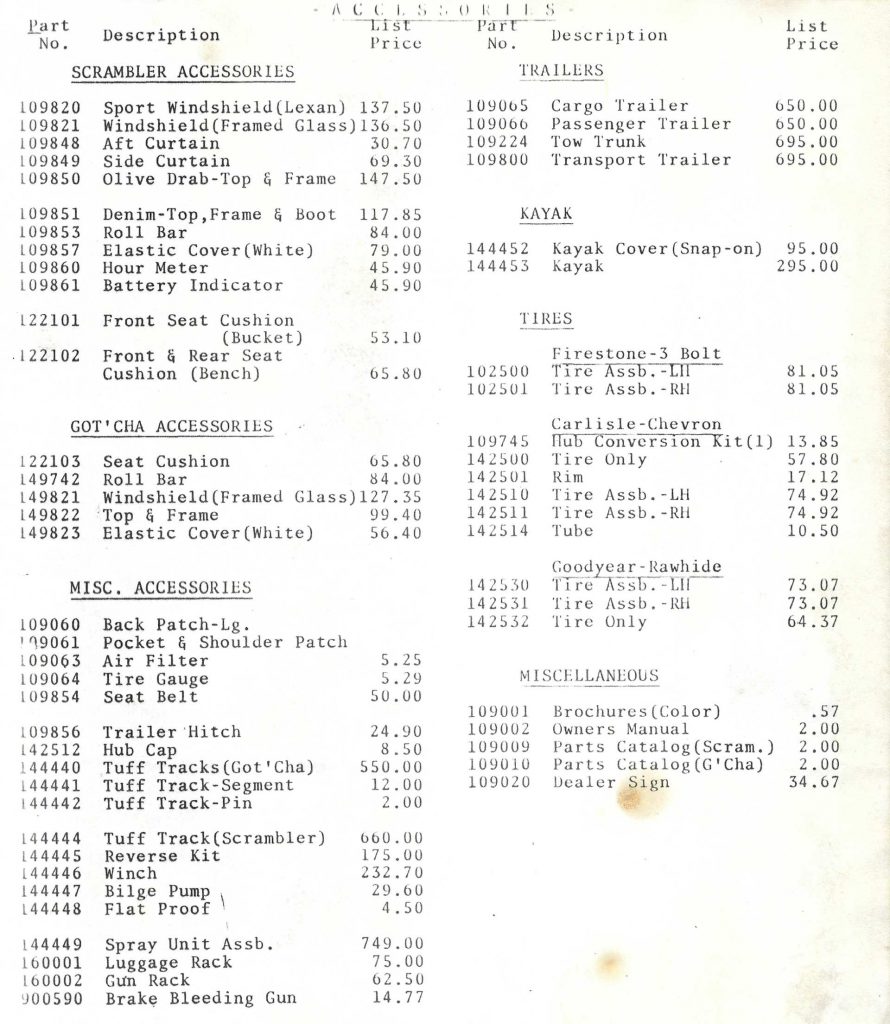 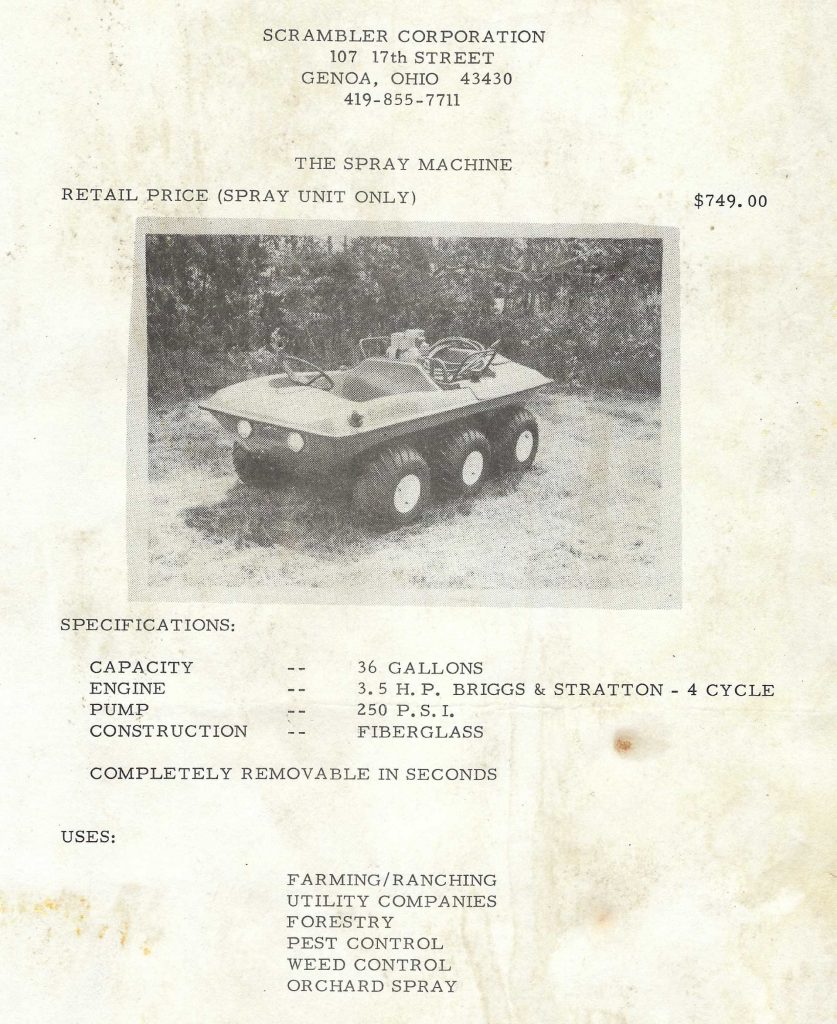 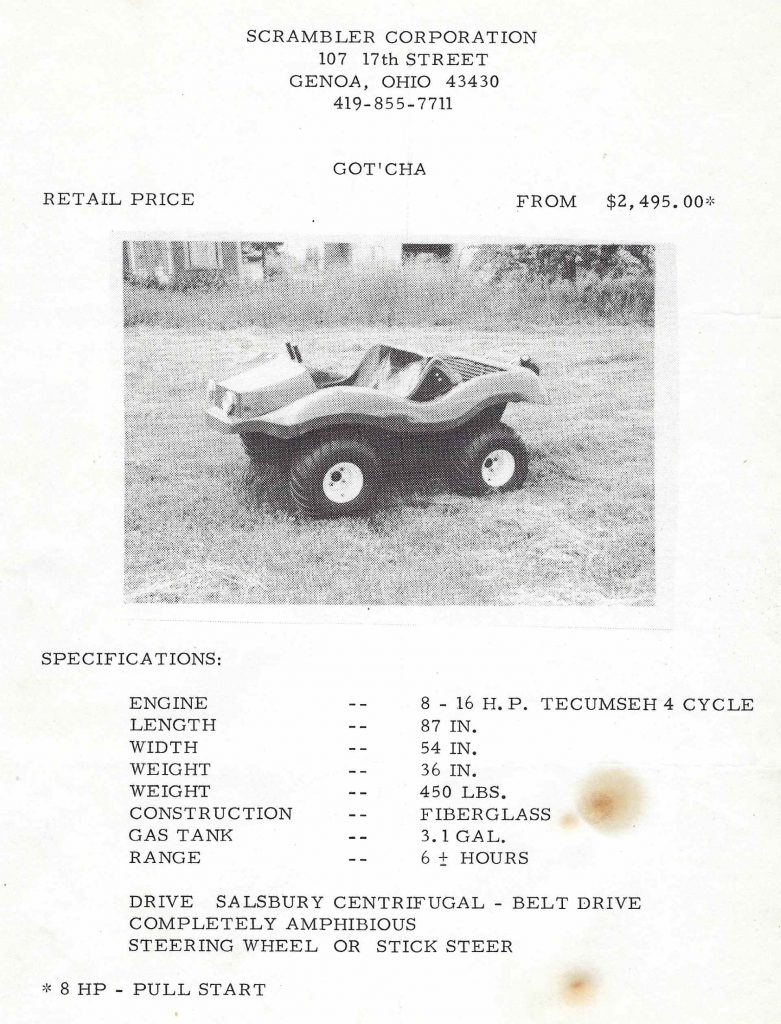 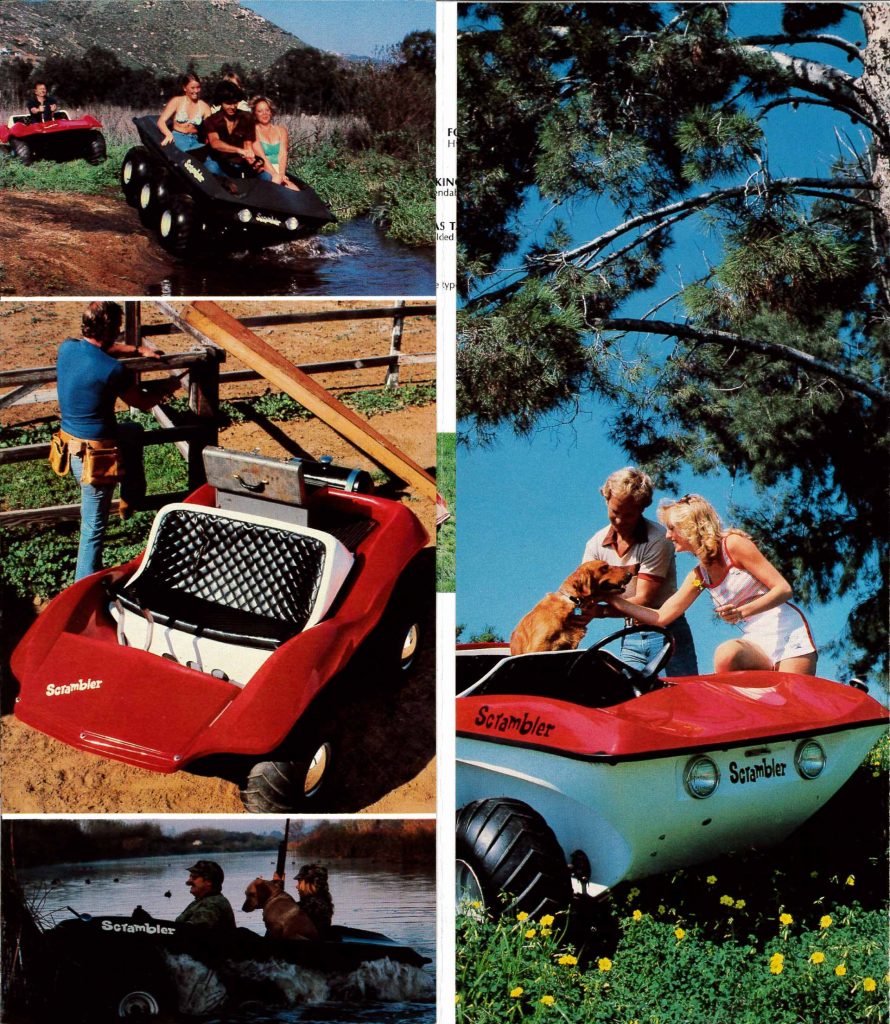 This springer was custom built by the Fischer family in the mid 1970’s, utilizing a Hagen transmission. It was raced under the Scrambler name for decades. Eventually, a disabled friend purchased it for enjoyment in his backyard. A T-20 transmission and 4-stroke engine was installed. Once vintage 6×6 racing was brought back, the springer was revived with a ZRT600 triple 2-stroke.

We acquired it on July 17th, 2020 on our way to the first round of the NEEDT racing series at its home track Pine Lake. It would go on to win the 2020 race season. 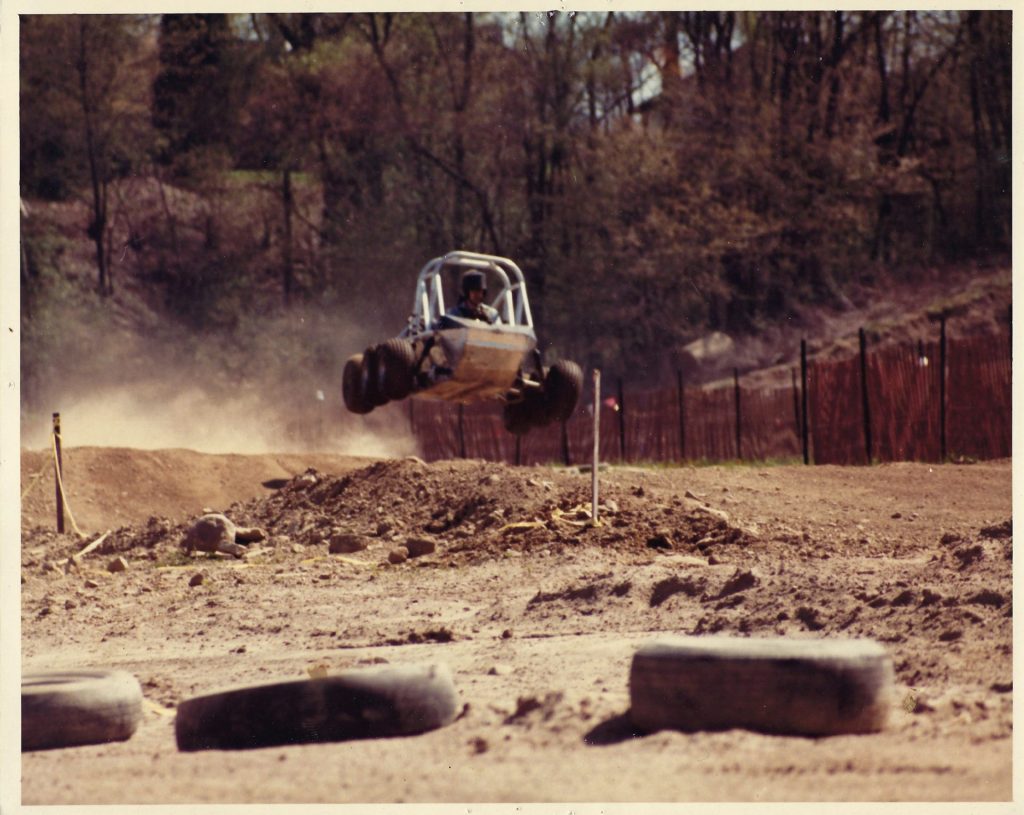 These pictures were sent in by John Tomlin. He restored a Scrambler model Super Hunter 4600.