Saboteur Vehicle Company Limited of Hampshire, England created prototype vehicles to secure government contracts. The Saboteur was originally introduced as a single model 8×8. Later models were created with niche designs, such as the Trooper which could haul 9 soldiers.

On November 7th, 1980 the Saboteur was demonstrated at an Opera House. Reported vehicle cost was $34,500 dollars. Unfortunately, England did not grant a contract for the Saboteur and it was never mass produced.

According to an employee, the Sabotuers were built in Chichester at a company called Smith and Jewell Ltd. The body and chassis were made from BS5083 T6 (NS8), a Marine spec alloy.

If you own a Saboteur or have information, please contact us here. 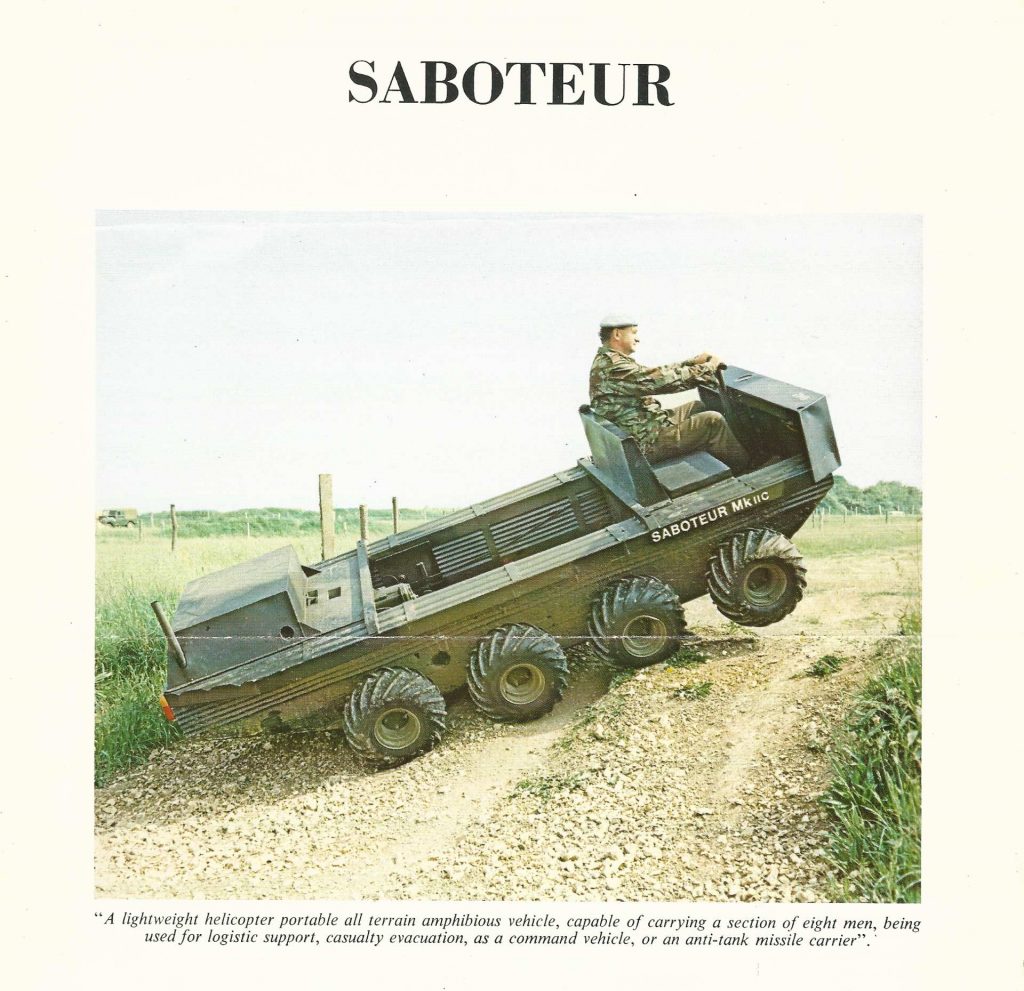 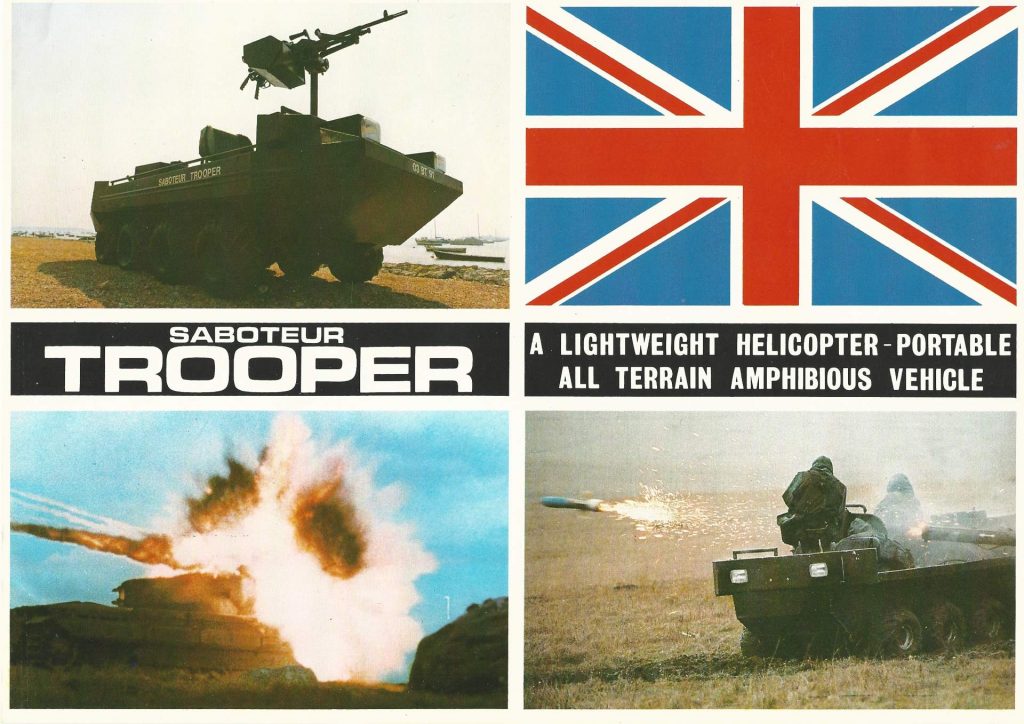