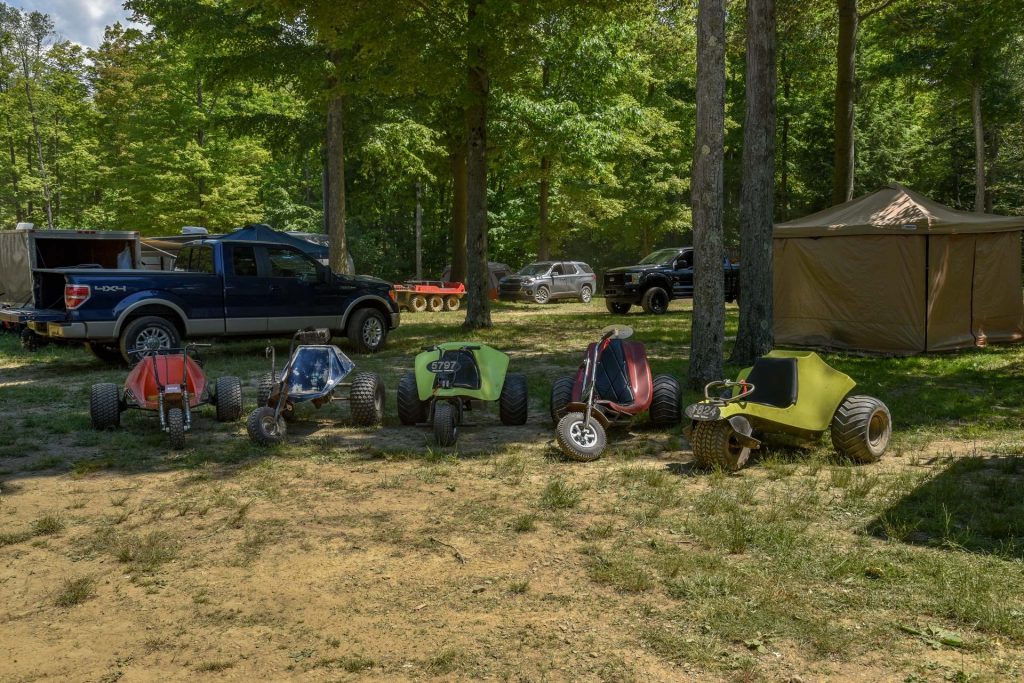 This style of 3-wheeler predates the traditional 4-wheeler, only second to the Jiger 6×6 when considering the first mass produced ATV. In 1967 John Plessinger was a college student working on an engineering project. He designed the world’s first 3-wheeled ATV called the TriCart. John leased the patents to Sperry Rand and began helping with mass production after his graduation. It took the nation by storm.

If it has wheels and an engine, people will race them. Pine Lake and many other tracks held specific races for trikes, with the low slung style proving to be faster around a course than the early ATC90’s. 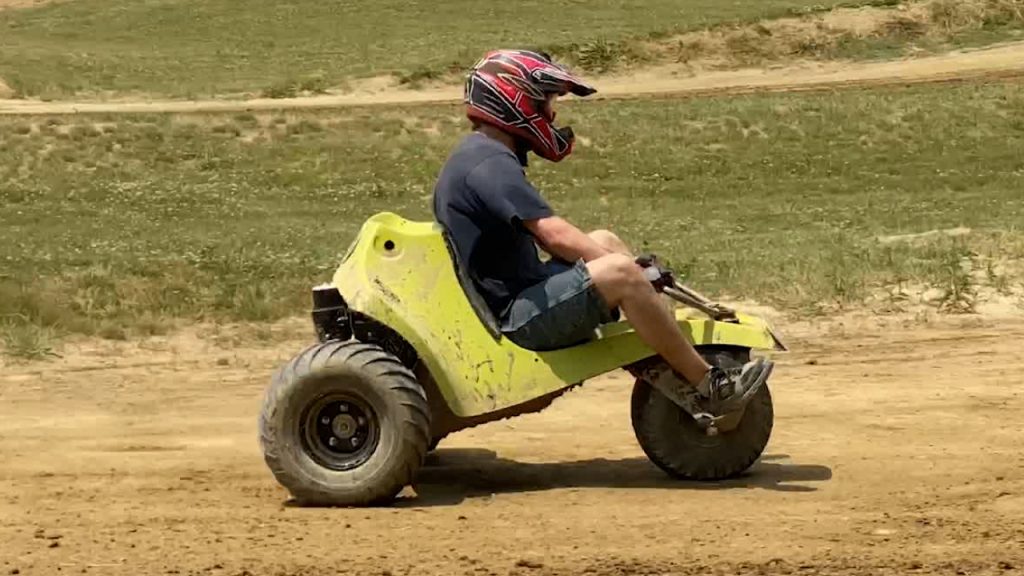 The TriCart was John’s first design. It has a short wheelbase with an unusual steering lever. One has to push it forward for brakes. The later model TriCub featured a full frame with more traditional controls like a motorcycle, and approximately 5″ longer wheelbase. The Recreatives Tryke is over 5″ longer yet with very comfortable seating. In this inaugural race, we have experienced the benefits of a longer wheelbase and upright steering geometry.

Racing the trikes was fun, but it was a blast riding them through the trails. They’re quick and nimble. Just don’t get caught in the mud, that’s a different story. 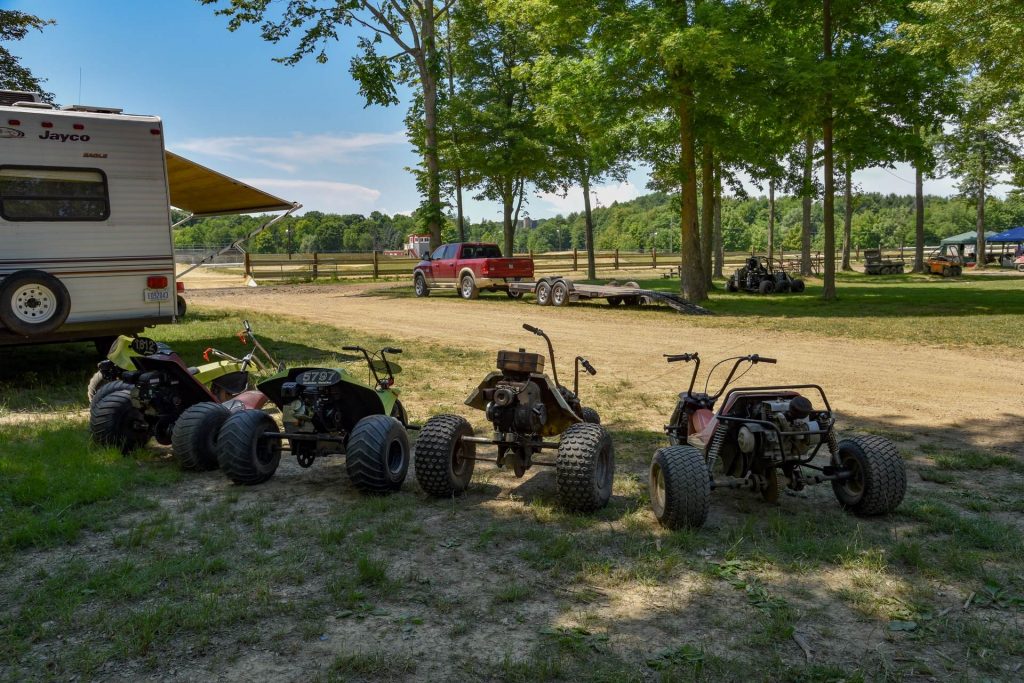 We also brought our 6×6 racers: Attex Superchief, Attex Wild Wolf, Attex “The Streak” factory springer, two Max II’s, and a Scrambler. Each of these racers are built within specific criteria for each racing class. For example the Scrambler has a single cylinder JLO 295 cc to compete in A-stock while the Attex Superchief has a twin cylinder 484 cc Chaparral to compete in D-stock.

The red Swamp Fox is one of our favorite trail machines, and has been on adventures with us dating back to the mid 2000’s. We took this unit on trade for a Mudd-Ox. It’s previous owner completed a resto-mod with 16 hp engine and bright red paint job. 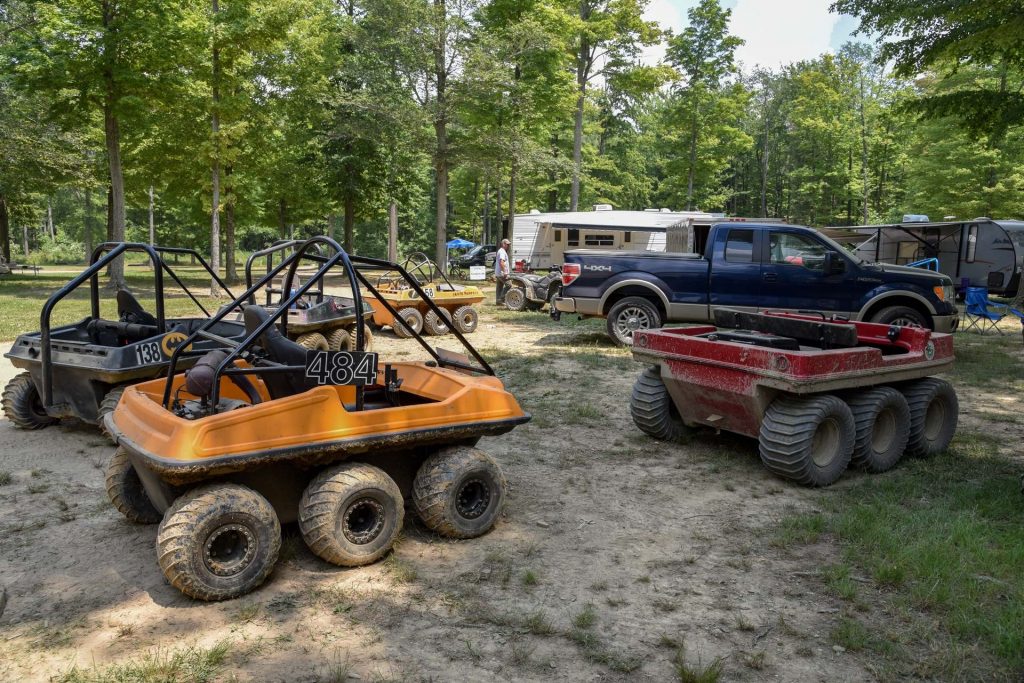 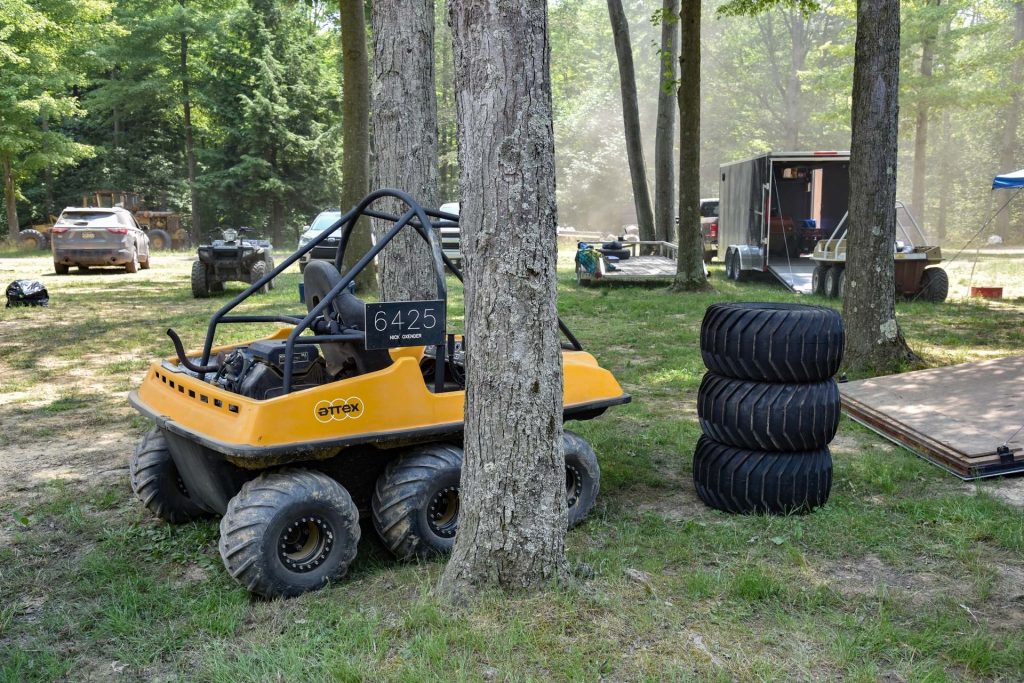 We want to give a special thanks to Pine Lake and everyone who works behind the scenes for this event. It’s no simple task for track preparation, registration, clearing the campsites, scoring the races, and so much more. This is one of the events that all ATV enthusiasts should add to the top of their bucket list. 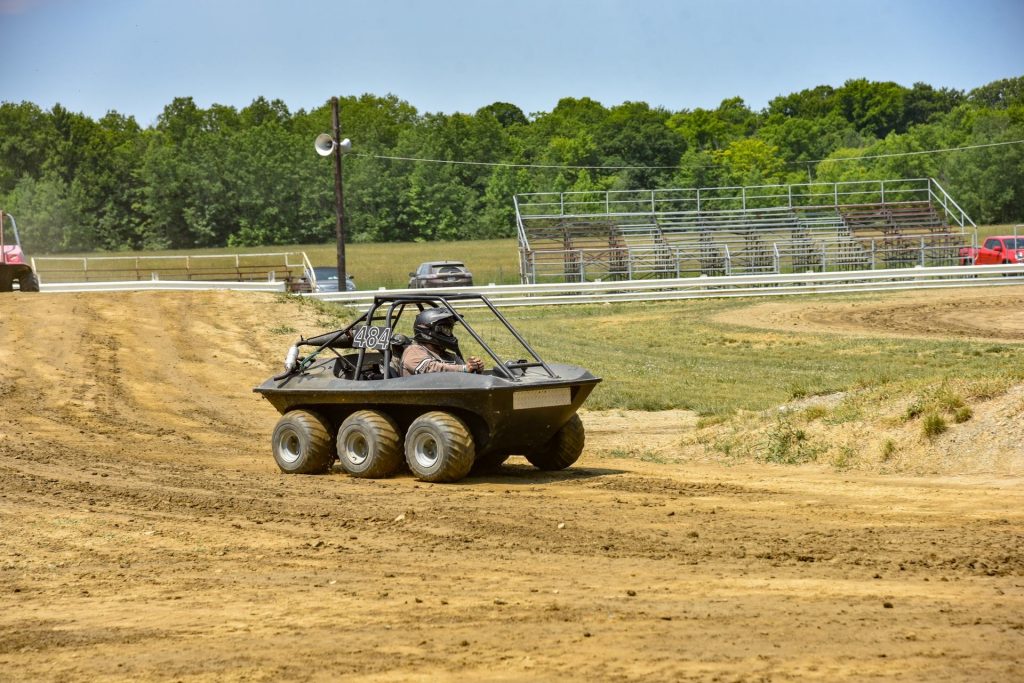 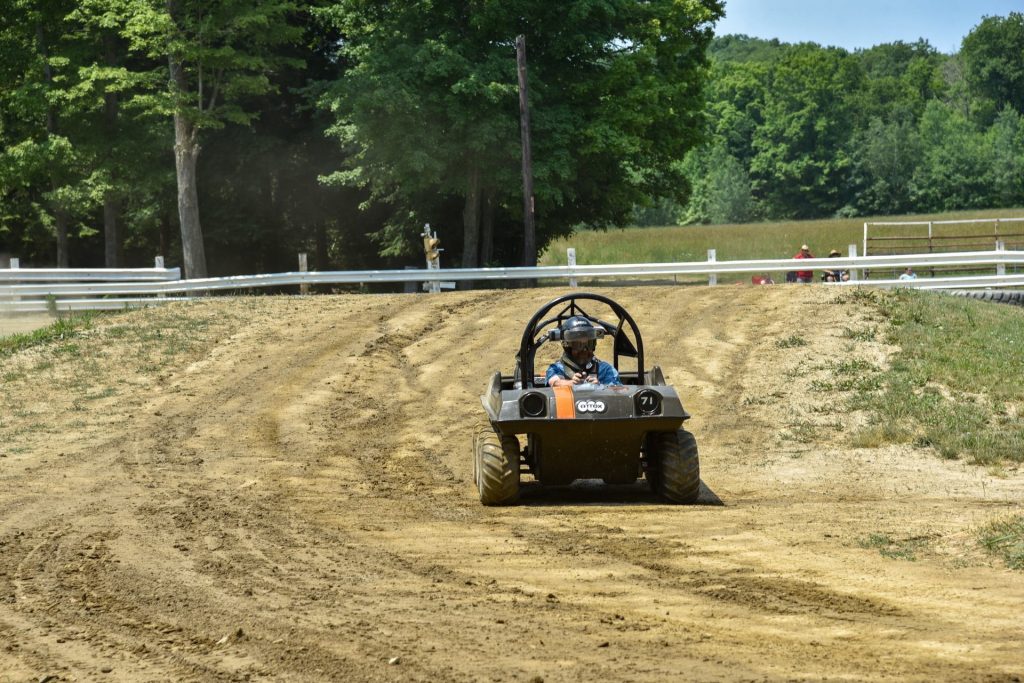 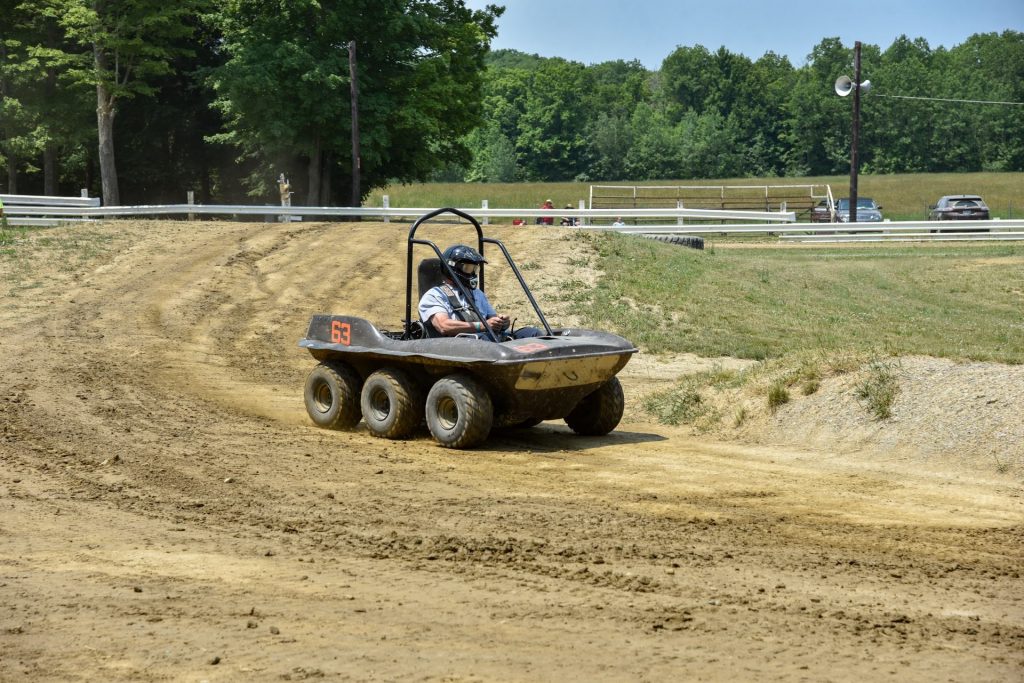 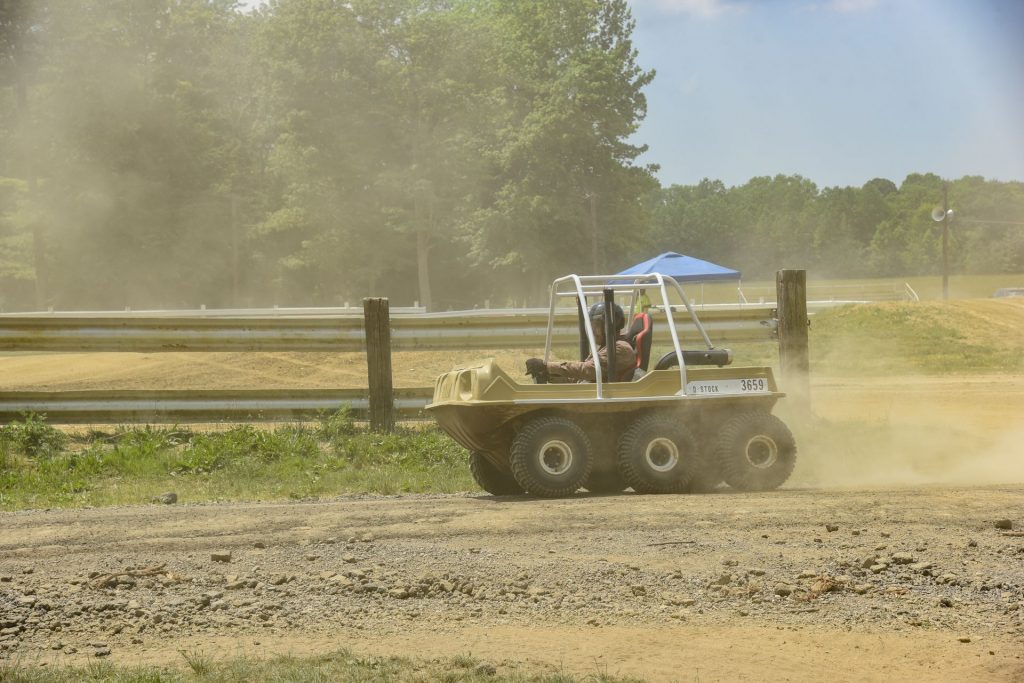 Overview of our Robotic Military 8x8 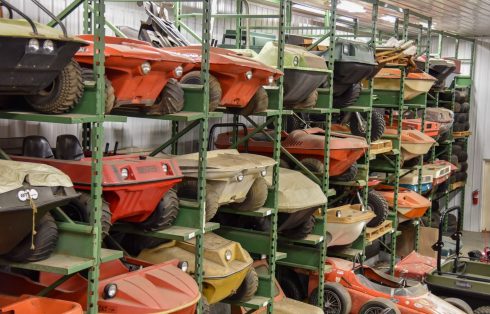