Recreatives Industries of Buffalo, New York produced the Max beginning in 1970. It started as a subsidiary of W. R. Grace, with Sid Wallace as the head of RI. They built a prototype Max with a belt drive system, which survives in our collection today. RI ultimately settled on using the T-20 transmission. Over time, RI became its own company and produced a few models: Max II, Max IV which was a copy of the RIM designed by Attex owner Howard Gerber, and Buffalo Truck. Each model was offered with multiple engines.

At the height of 6×6 atv racing in the early 1970’s, RI entered their own Max racing team across the NATVA circuit. They often advertised in the NATVA magazines as well.

In December of 1975, RI alongside Hustler Corporation agreed to purchase the rights to the BorgWarner T-20 transmission, effectively ending their competitors overnight. To provide adequate time for model changes, the purchase agreement stated that RI and Hustler were to provide transmissions to other manufacturers for one year. However, it didn’t state the lead time. RI and Hustler made it one year and one day. It was a shrewd business move that allowed RI to survive as one of the sole producers of amphibious ATV’s.

Wallace kept a strong eye on the competition by obtaining and inquiring about their companies and vehicles, sometimes even purchasing the vehicles. Thanks to him, the largest collection of historic ATV literature was preserved for over 40 years that otherwise would have been lost to time. A large portion of literature in our museum was obtained by Wallace. In the late 2000’s, Wallace began contacting owners from his old competition. He used this information to write a book on amphibious ATV’s. 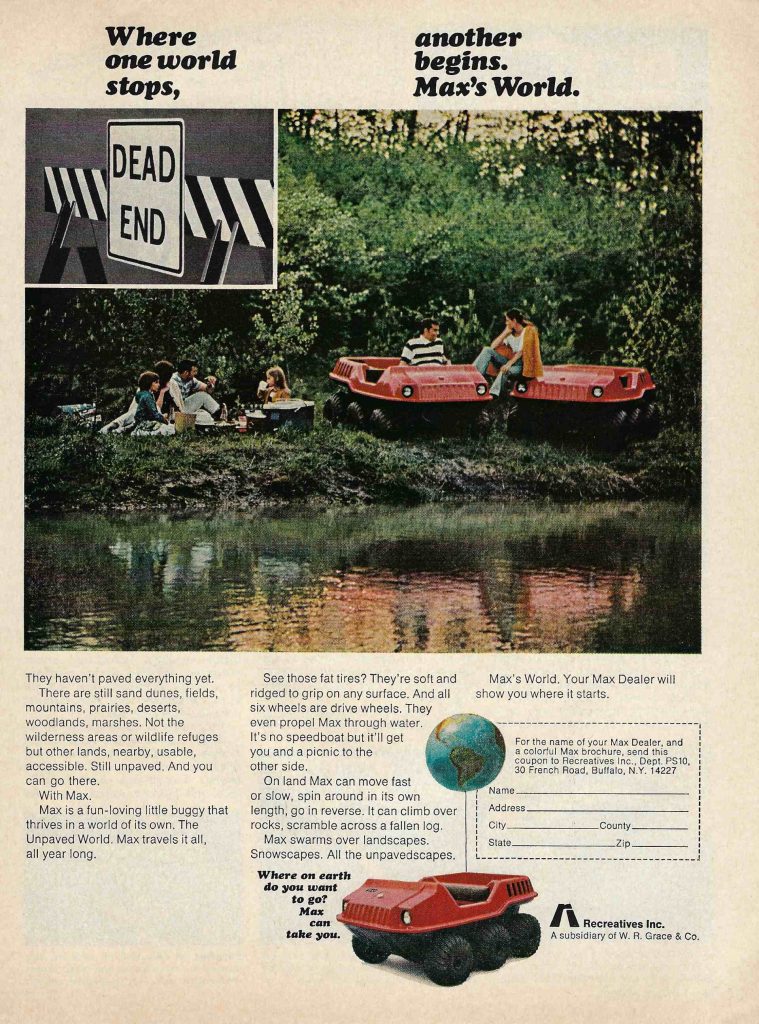 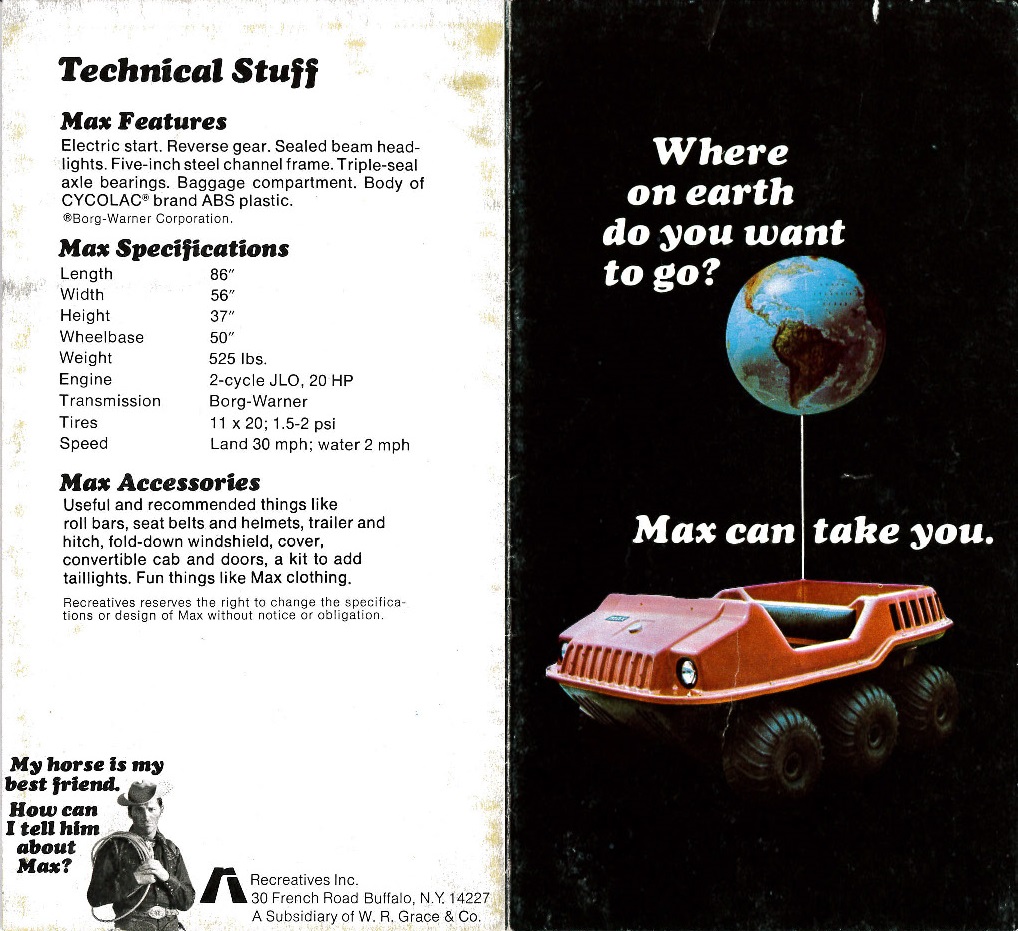 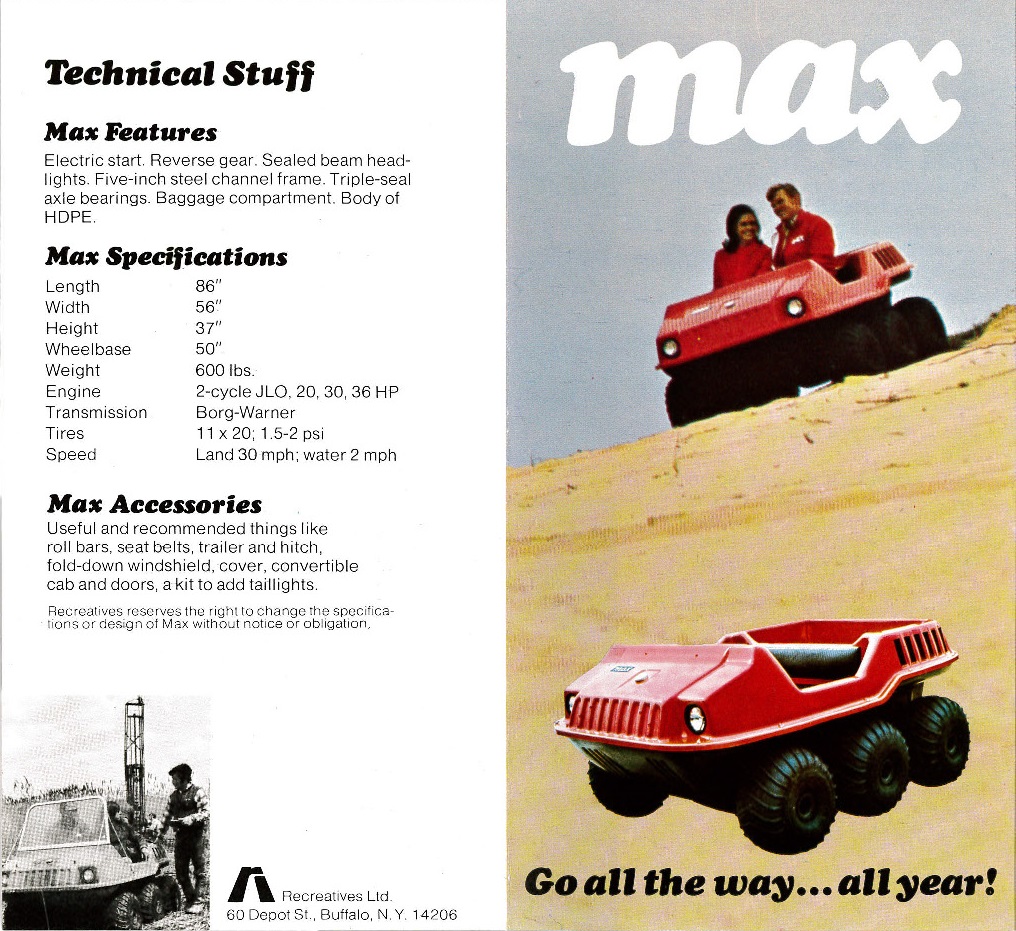 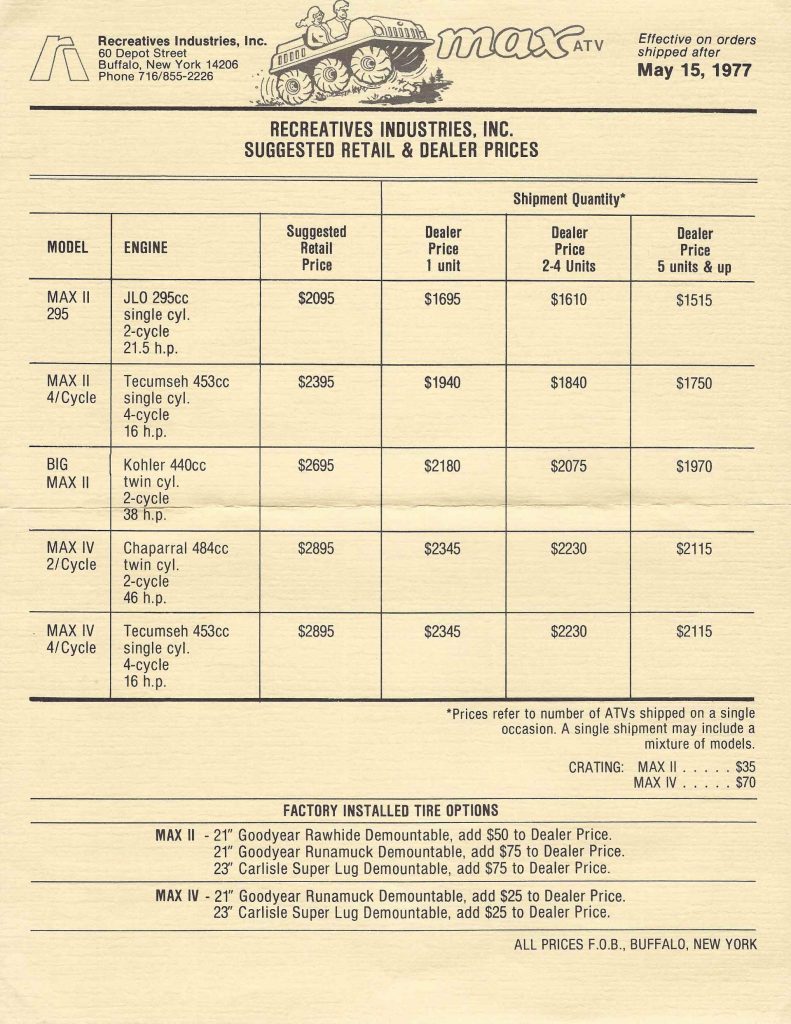 Max vs Argo vs Attex Pricing 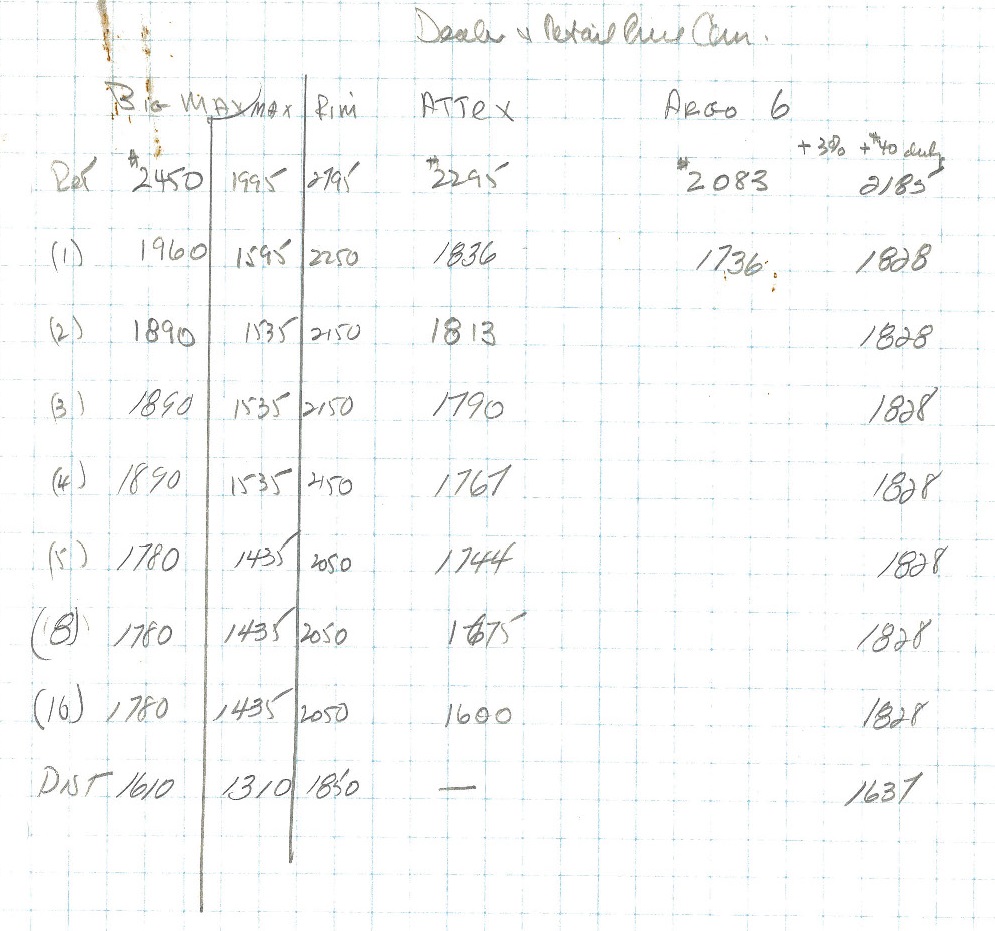 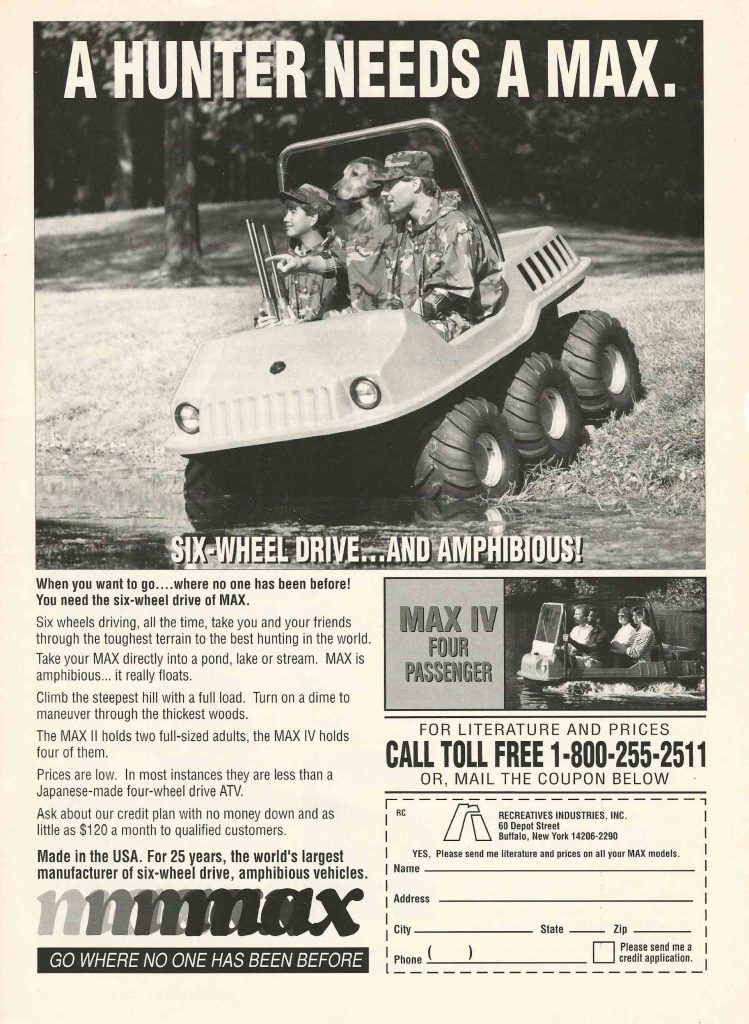 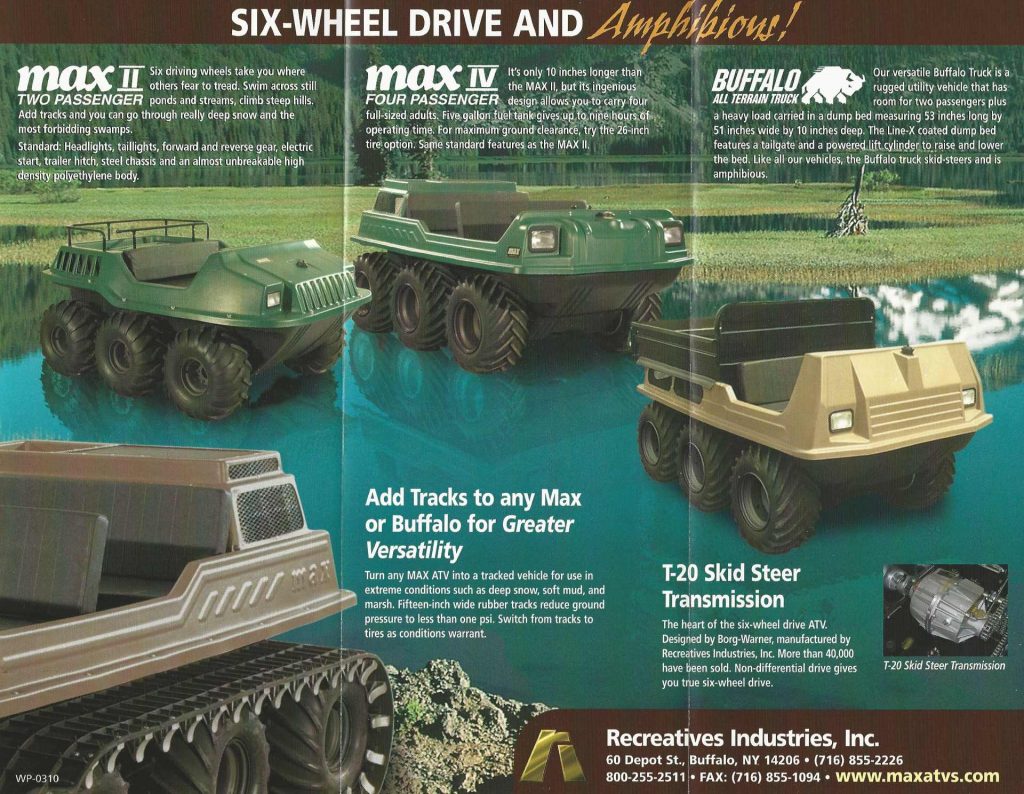