The KID was designed and produced for a government contract with intentions for service in Vietnam. After LTV built all the units, they didn’t receive the contract and were left with approximately 1000 vehicles. Drastic measures were taken to sell the KID’s for far below their build cost, but the plan ultimately failed. LTV filed bankruptcy in 1971. LTV would reopen its doors for other business ventures until finally closing in 2000. 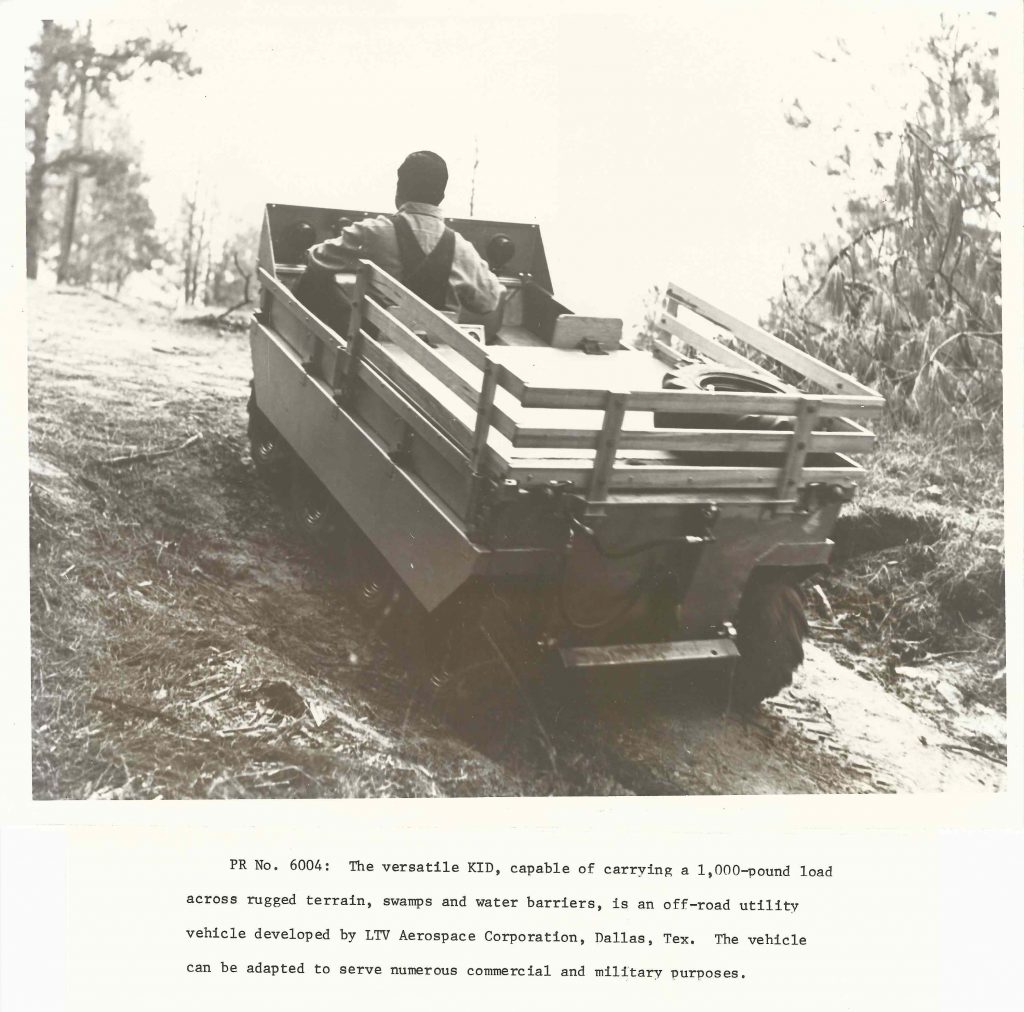 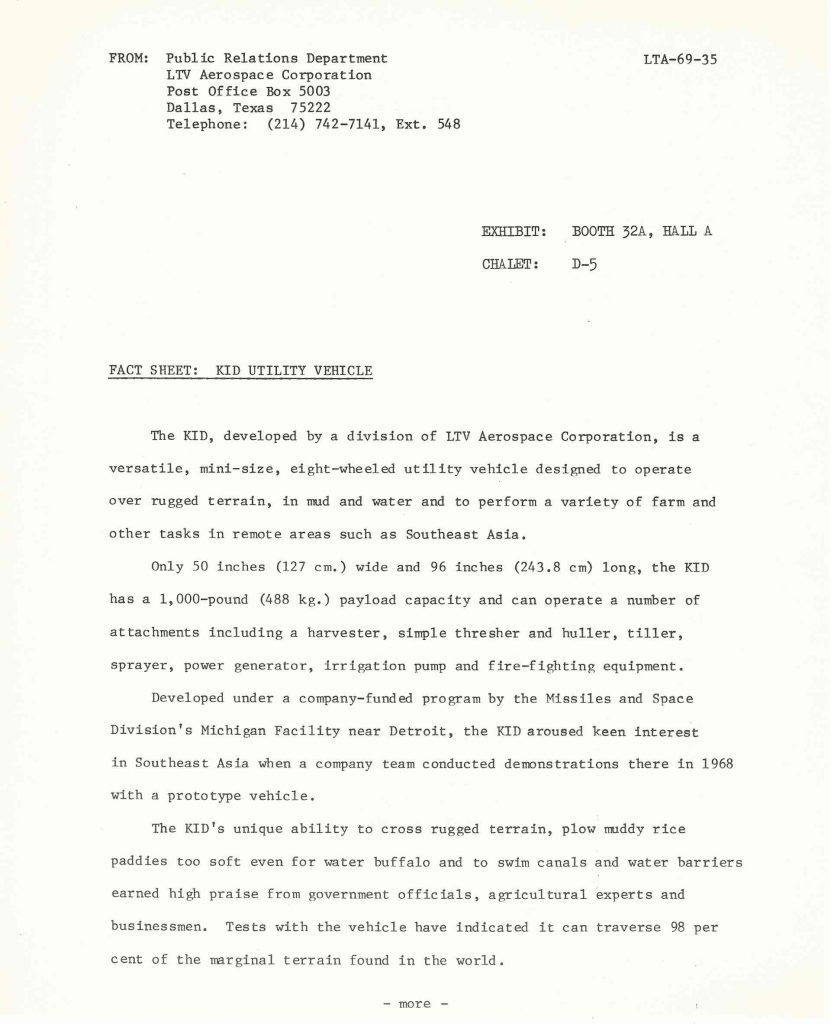 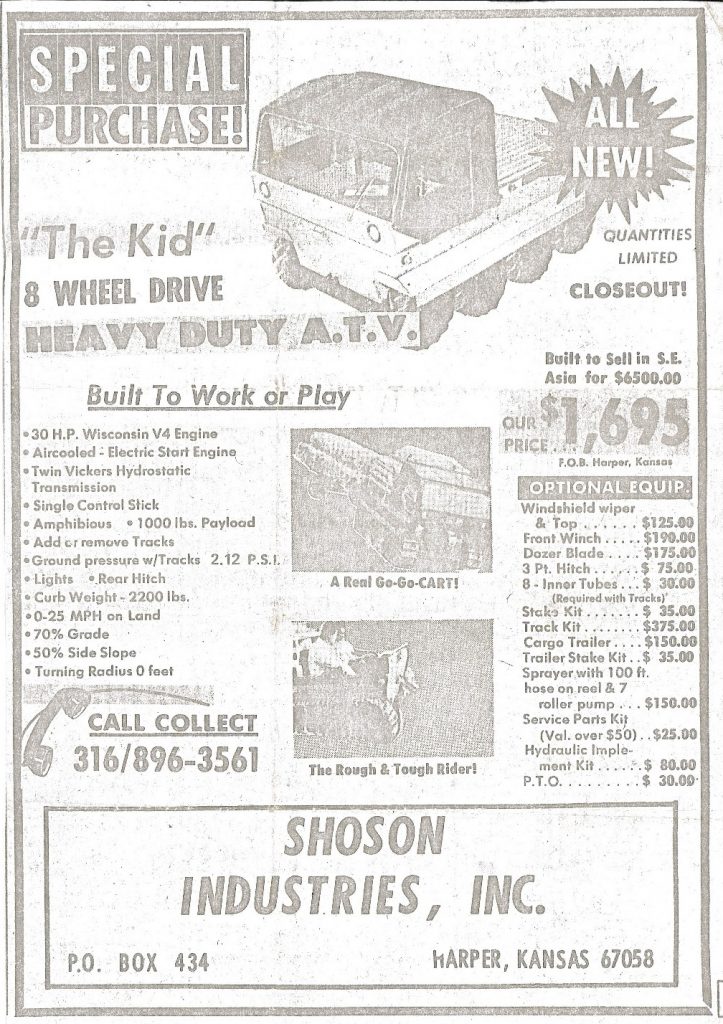 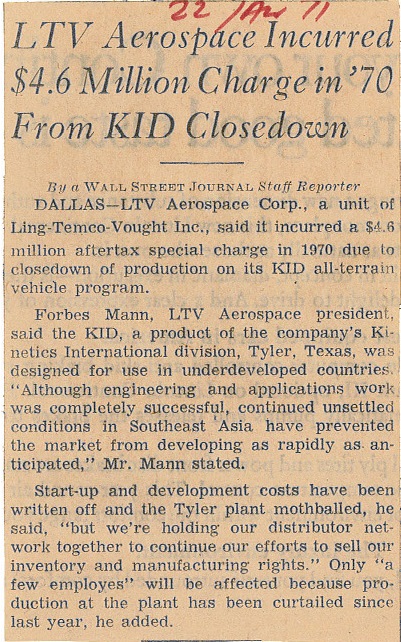