This unusual prototype has ties to amphibious ATV’s. It’s called the Fisher, designed by ex-Ford employee Gordon Fisher while working under Canadair Ltd., in Montreal, Québec. Two were produced between 1963-64. Fisher utilized a complicated driveline with 16 wheels that were belt driven, making it prone to terrain debris. Popular Science featured Fisher in December 1964.

The end goal was to secure a military contract, but the vehicle had too many design flaws and the US military suggested a total reconstruction. Ultimately Gordon Fisher would go on to design the Sur-Trek in 1967. 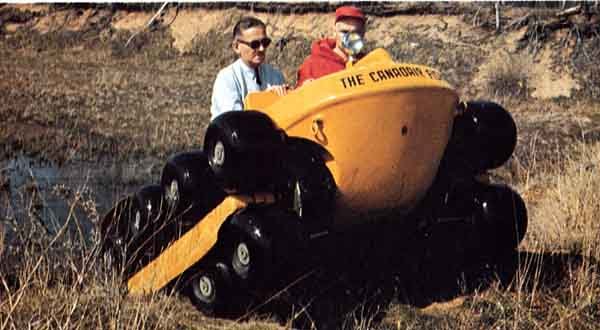 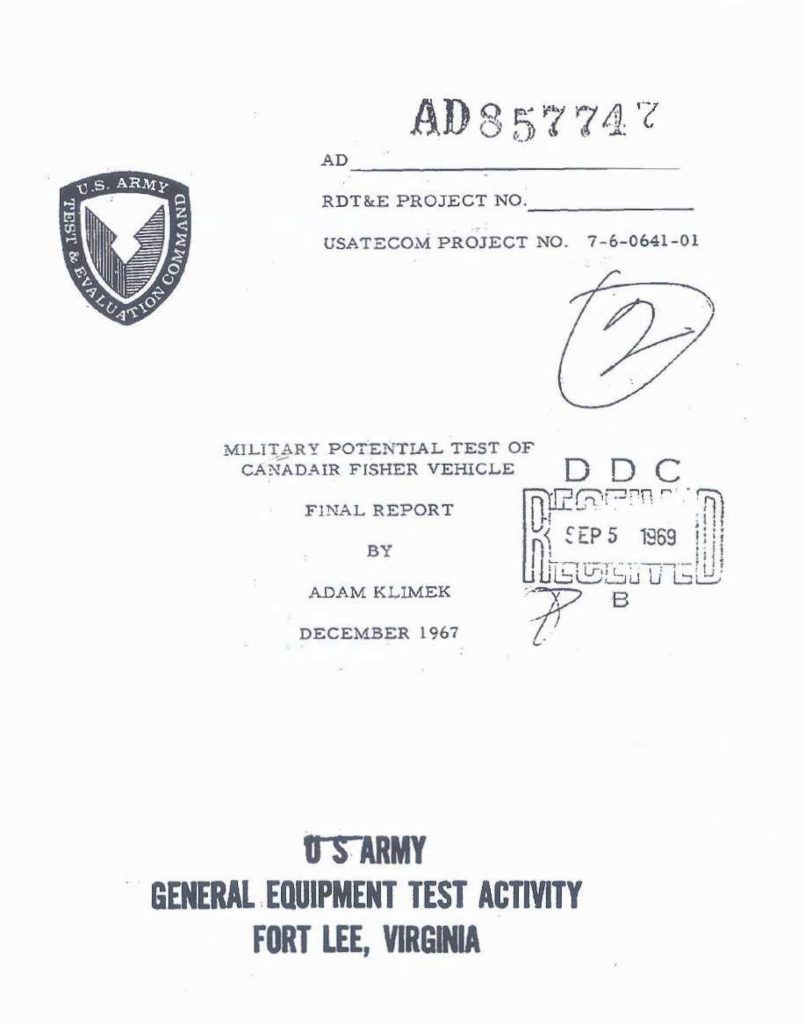 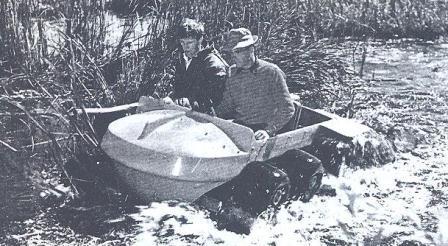 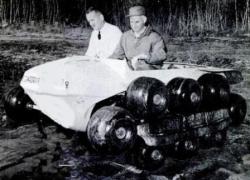 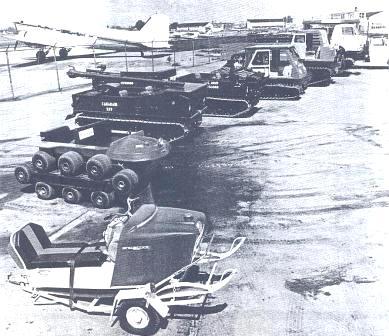 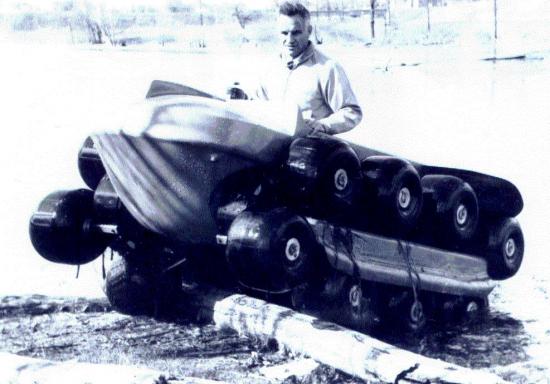