Letter from the original owner of Standard Engineering:

“Standard Engineering Company manufactured and sold 200 Eagle units. The units were sold and shipped to the Far East and Alaska. Quite a few of them went to Alaska… I think greatest obstacle to the product sales was the list price of $1850.00. At that time one could purchase a new Beatle V W for $2300.00. Also the market timing… ATV idea was too much ahead of time when we marketed the Eagle. We also manufactured a ATV which we called an Eagle T. Stealing idea of Model T. At that time we knew the company was going to be sold and only built 15 units. We sold all 15 to one customer in Ohio… It was really a good and fun machine. My greatest moment was an inquiry from John Wayne. I volunteered to “give” him an Eagle if I could, but he wanted more.”

It’s design is similar to the popular Coot. While the two vehicles share many of the same parts and features. The Eagle distinguishes itself by having a front axle disconnects to improve steering and handling off road when the trails are not that rugged. A total of 200 eagles were produced in 1969. All of the Eagles were sold in 1970. Another model, the Eagle T, was a 6-wheeled vehicle with the rear four wheels driven, and the fronts for steering. 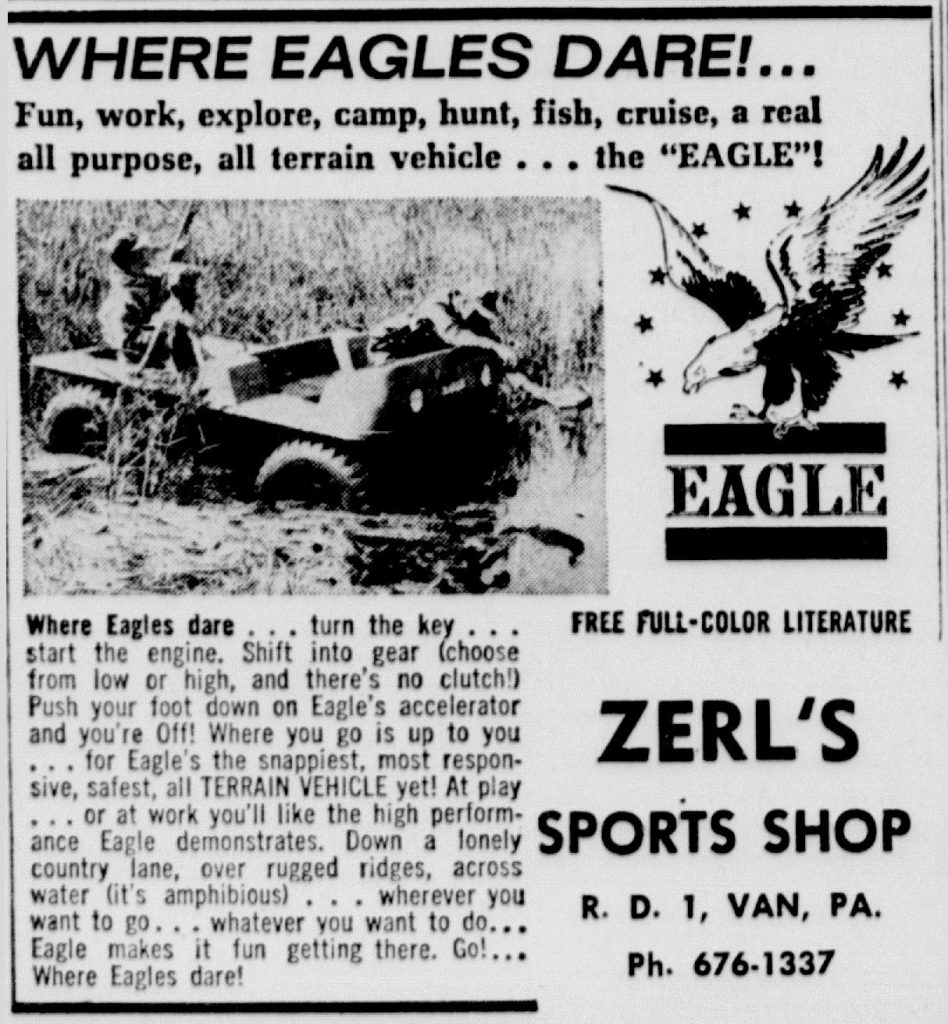 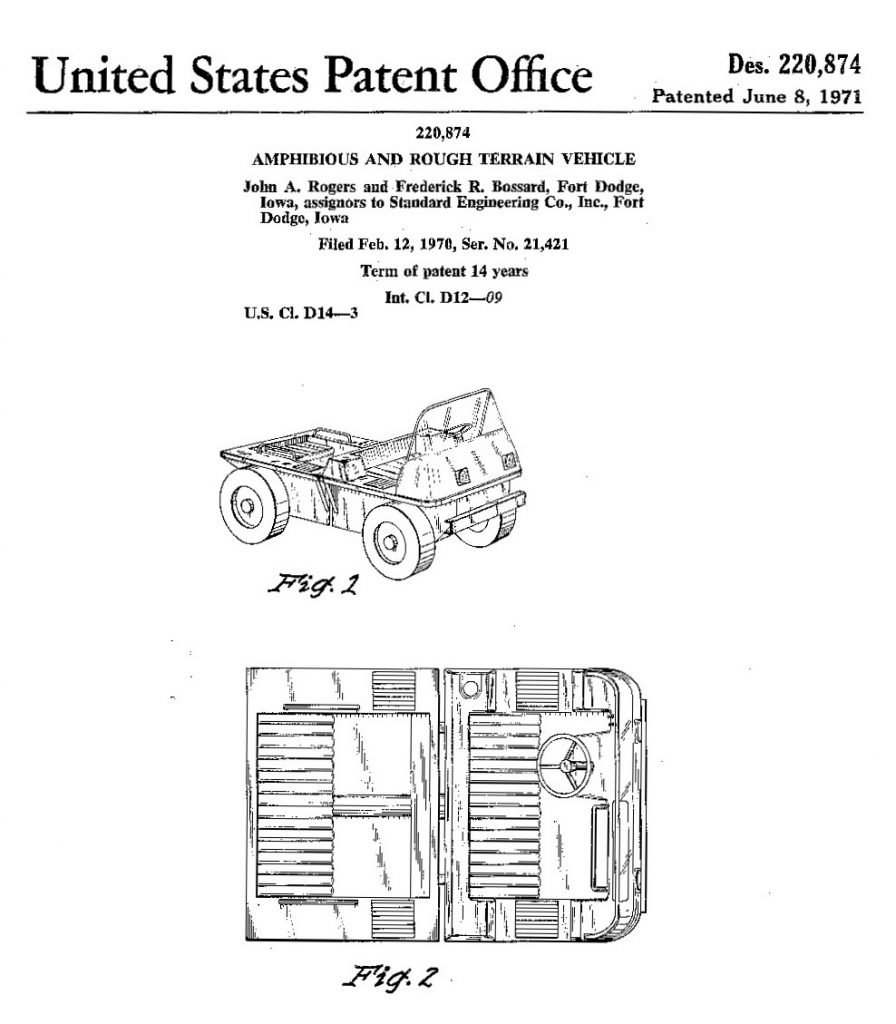 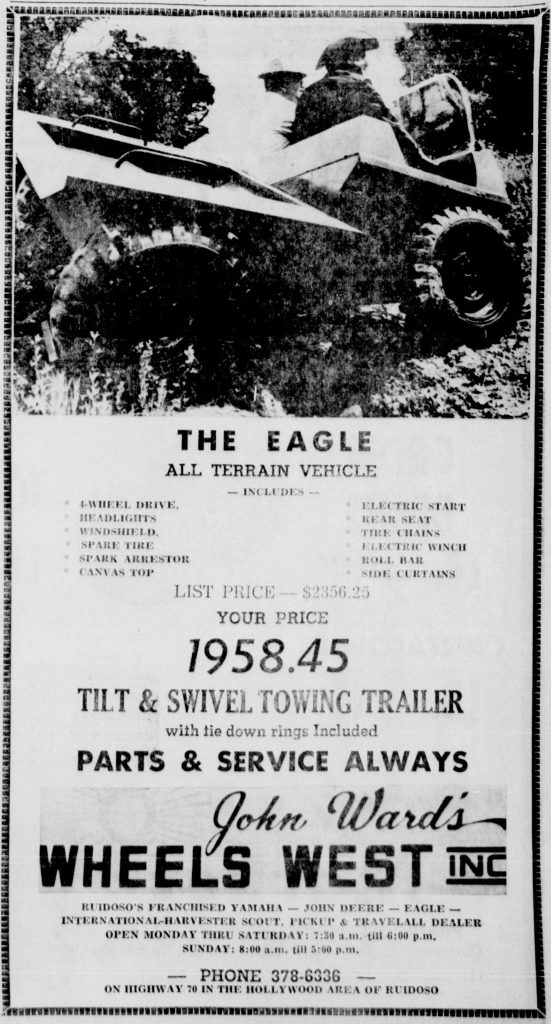