The 4×4 Coot designed in 1964 by Carl Enos Jr., an 18-year-old mechanic. It was a popular choice for farm and utility work with its articulating hull design. Coot Inc. started in San Fransisco, California then later moved to Cedar Park, Texas. The company was dissolved on December 2nd, 1985. There is a large following for the Coot and with it’s own forum here.

Coot offered various configurations and options. The 2-wheel steer model works like a traditional automobile, however has a very large turning radius. The 4-wheel steer models are more sought after.

In 2006, Columbus Industries Inc. of Fairview, Illinois began to produce the Coot2. It was a refined, hydrostatic model. We owned a model year 2008 serial #66 which was the last Coo2 ever built. This Coot has every available option offered including: Roll bars, bucket seats, fender kit, movable winch from front to rear, spare tire carrier, high and low range, electronic throttle and choke controls, and front and rear receiver hitches. Cost new was close to $20,000.00. It was the only yellow Coot2 ever built.

This is the original 1965 promotional video.

Footage of our Coot2 from the previous owner. 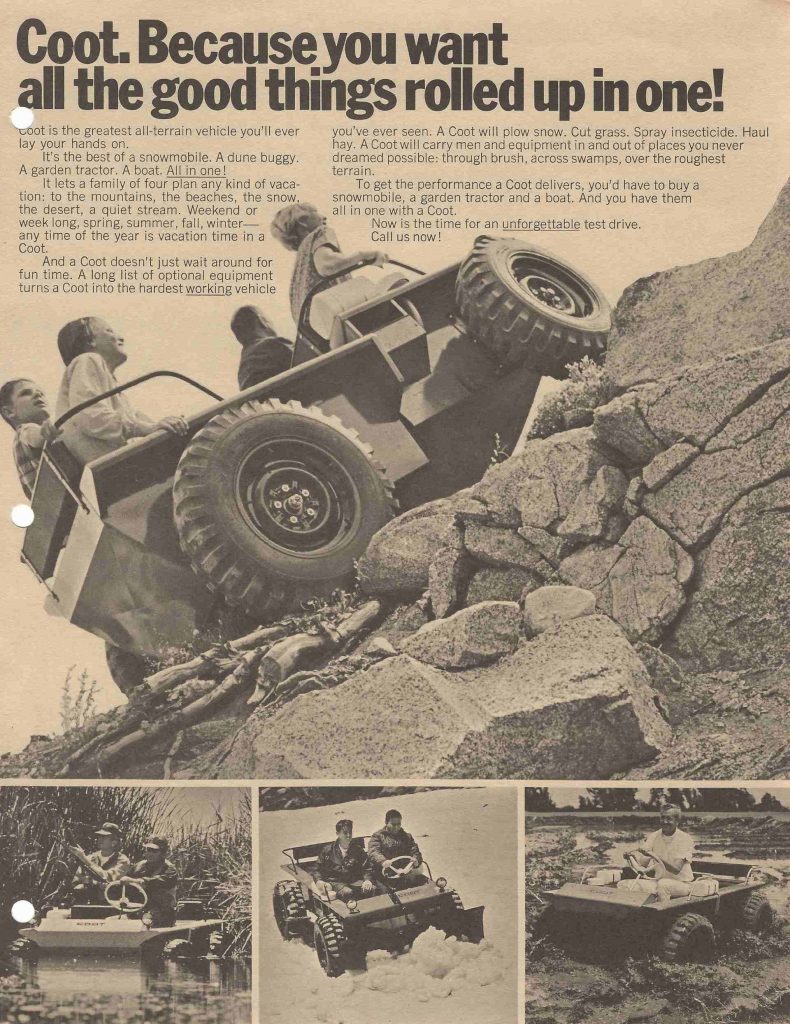 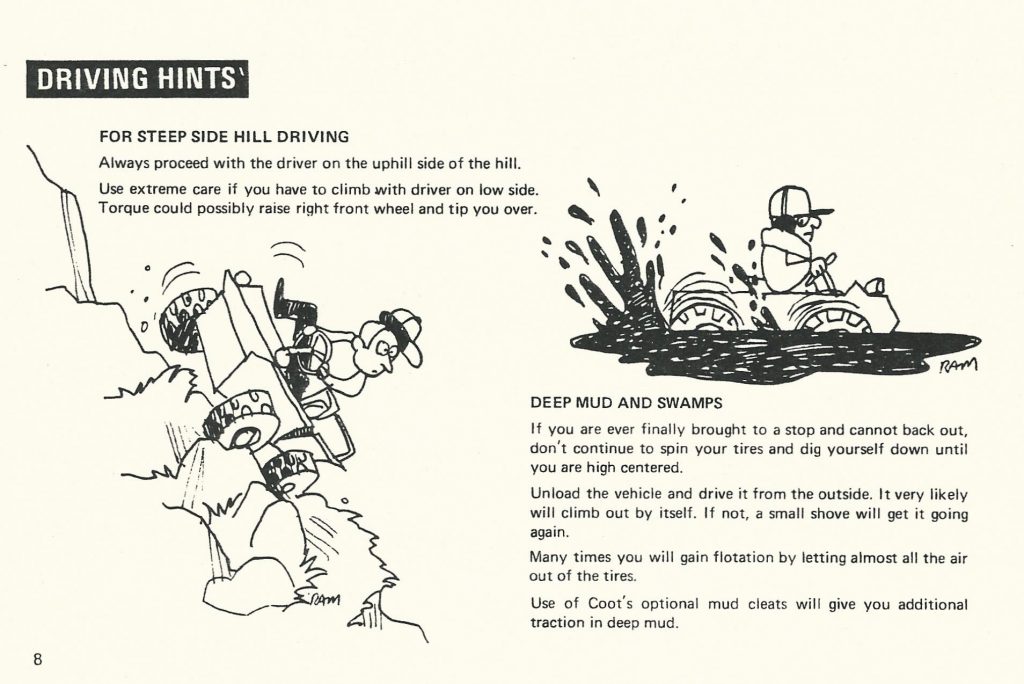 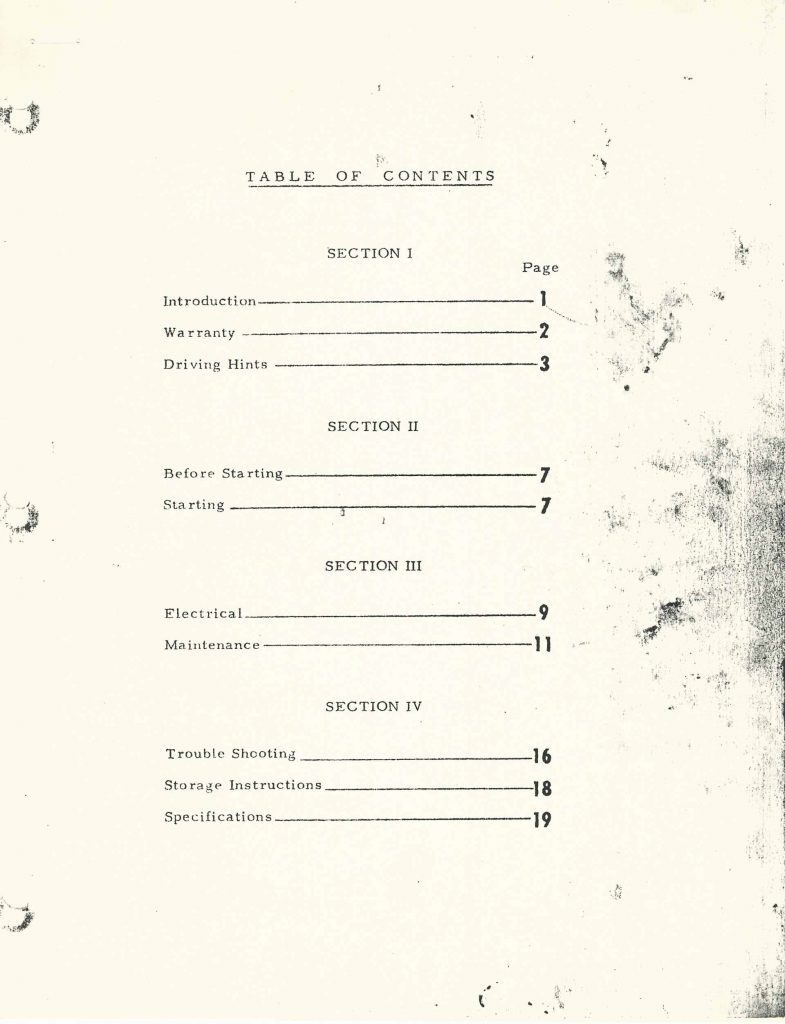 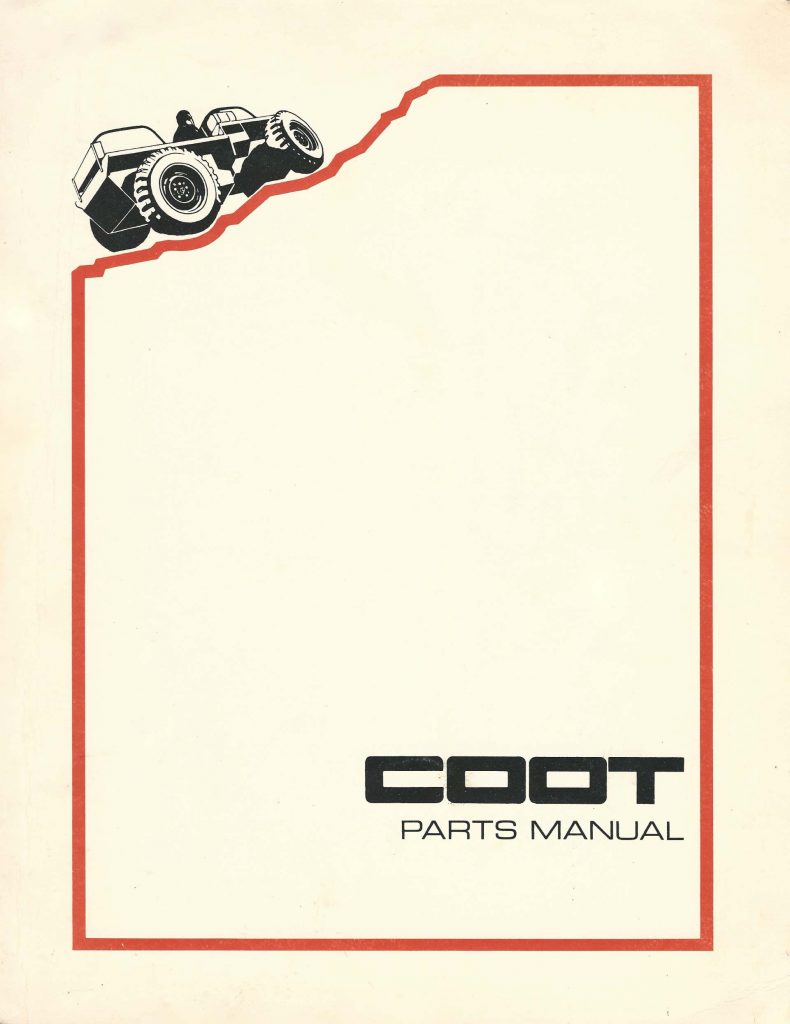 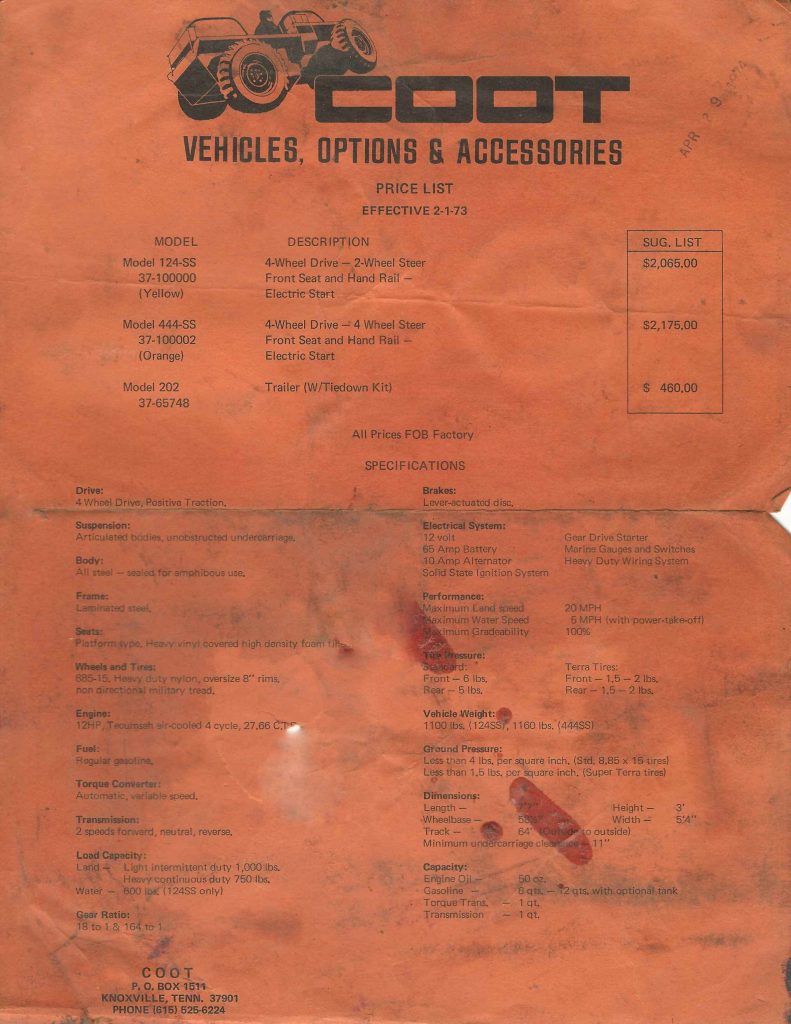 We purchased this photo album on eBay around 2017. It’s exact origins are unknown. Perhaps it’s the prototype of a factory or dealer’s brochure, as this is how they would be designed then copied for mass production. 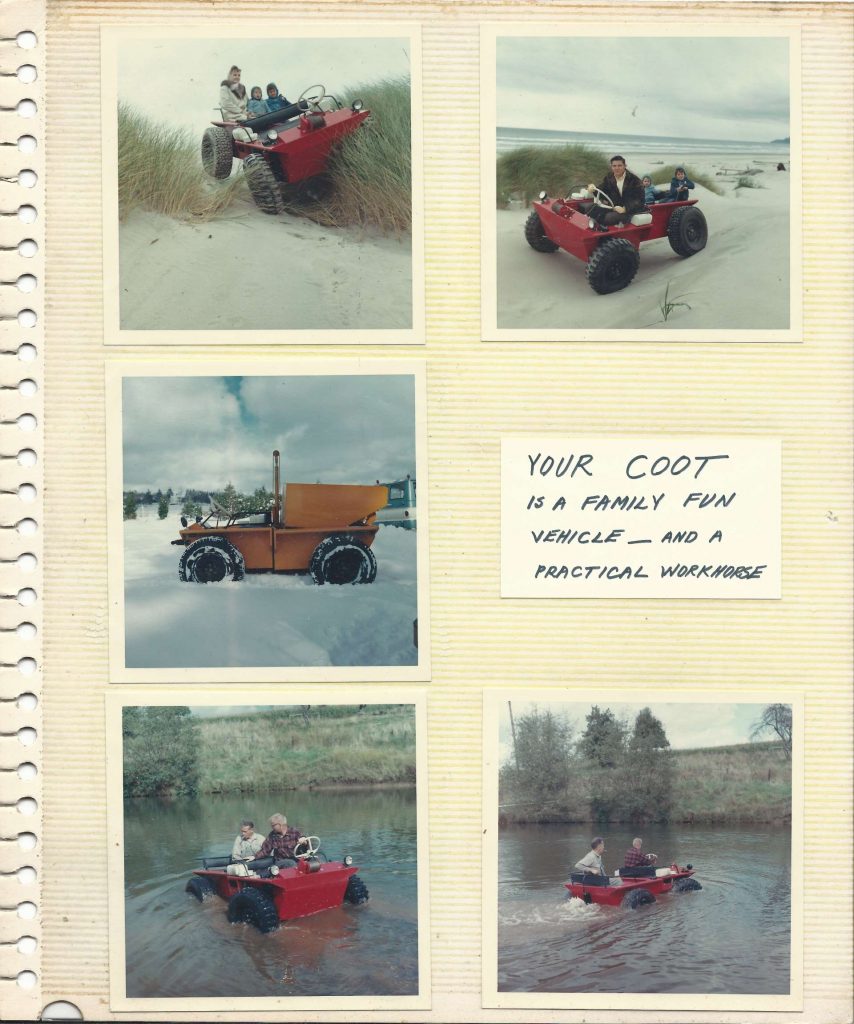