One of the first to the ATV scene in 1965, the Cat-A-Gator was offered in both 6 and 8-wheel drive configurations. They were made by Cat-A-Gator Corporation in Hamel, Minnesota. Rather than marketing towards recreational use, the ‘Gator was geared towards commercial and utility applications. Units are constructed of aluminum with mid engine configuration. 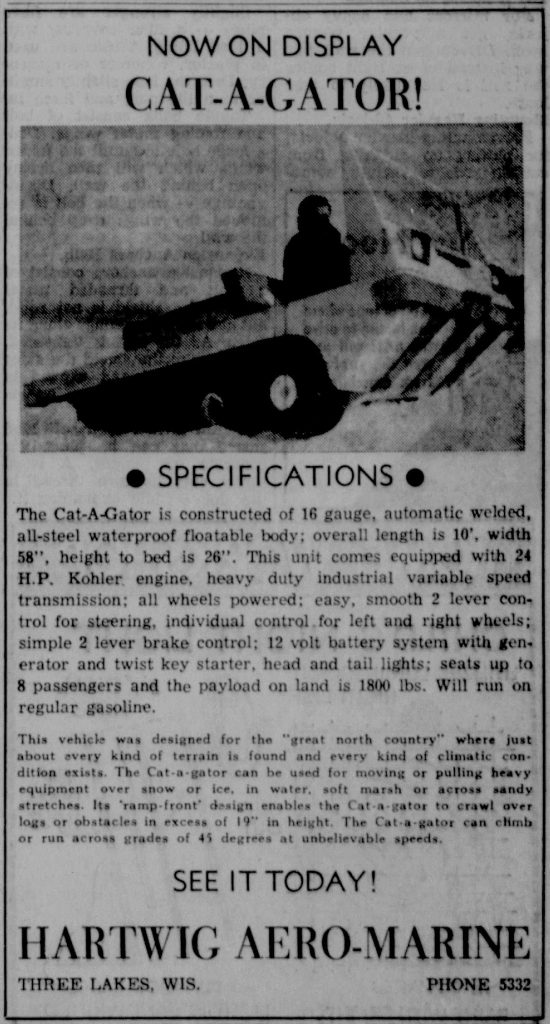 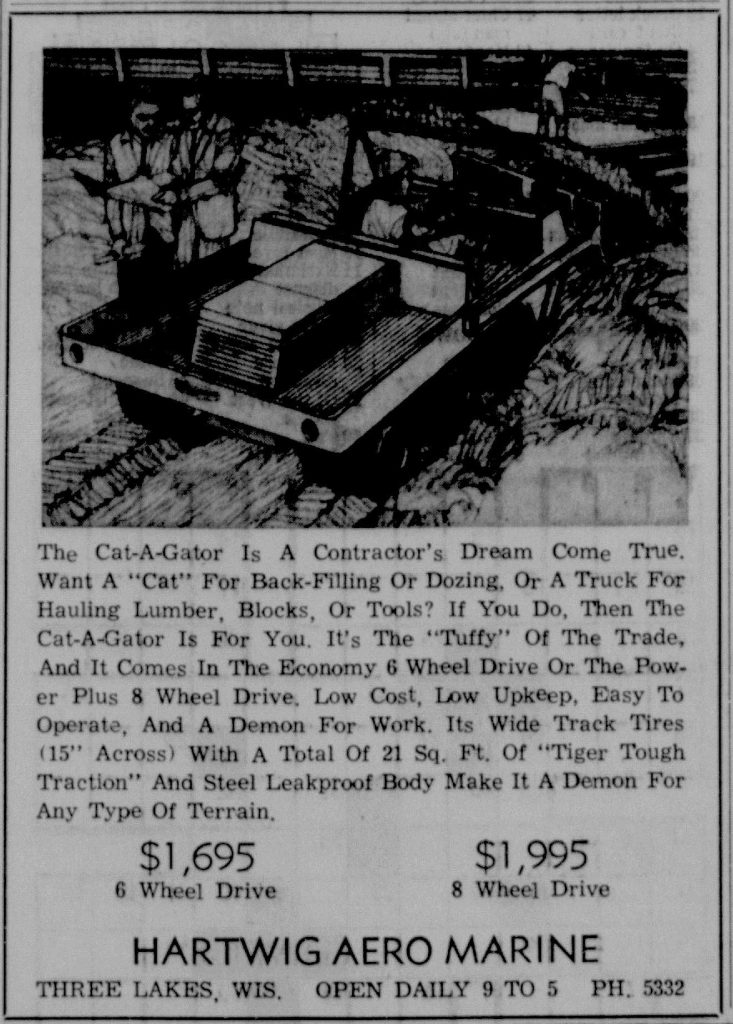 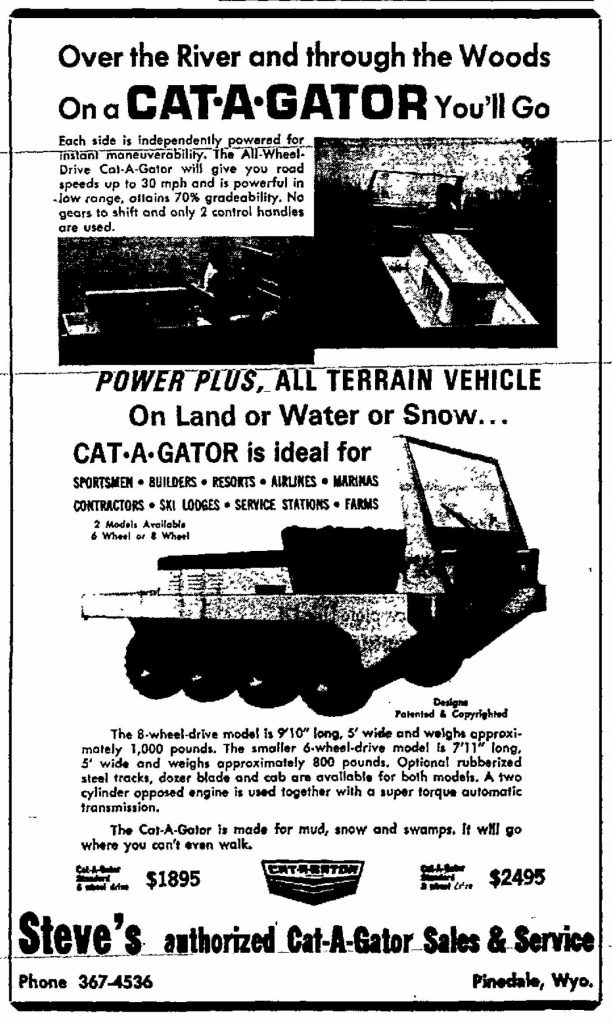 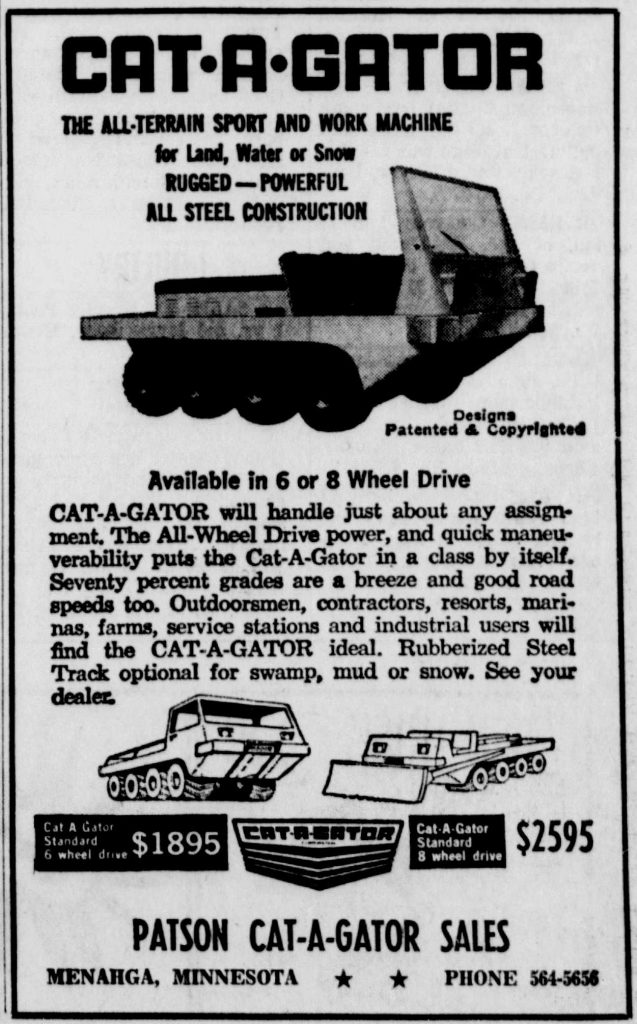 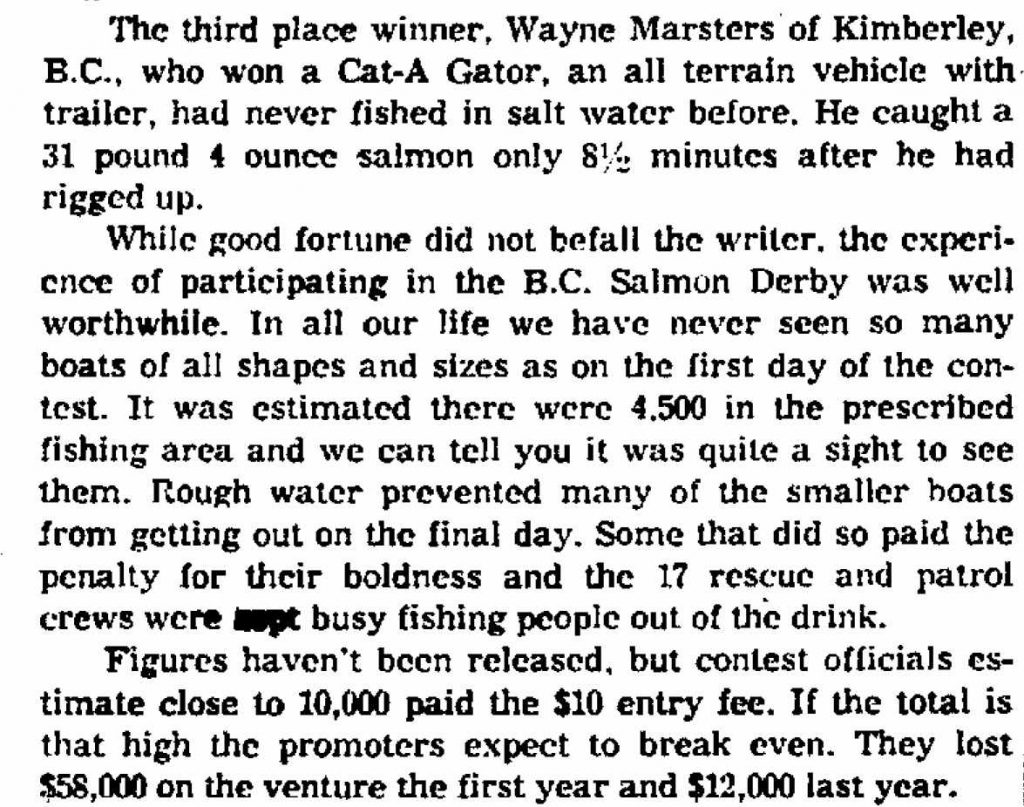