Crayford as a company dates back to 1962 when David McMullan and Jeffrey Smith began making soft top conversions for a Mini Cooper. The small company soon quickly expanded into markets into which the founders had an interest. In the late 1960’s, Crayford Auto Development Ltd began importing Amphicat 6×6 ATV’s.

Once they discovered the Argo was a stronger, more versitalie utility 8×8, Crayford began importing them instead. It’s believed they were importing approximately 30 units per month. Models were marketed as the Argocat and sold throughout the UK.

In circa 1971, Crayford began designing their own competitor to the Coot. The Polecat was a 4×4 with articulating hull design. It’s unknown if they were ever mass produced. There are no known survivors.

In 1979, Crayford decided to build their own 8×8’s in Kent, England. From a glance they look like an Argocat, however are a completely different design. It’s unknown how many units were produced.

If you own a Cargocat or Polecat, please contact us here. 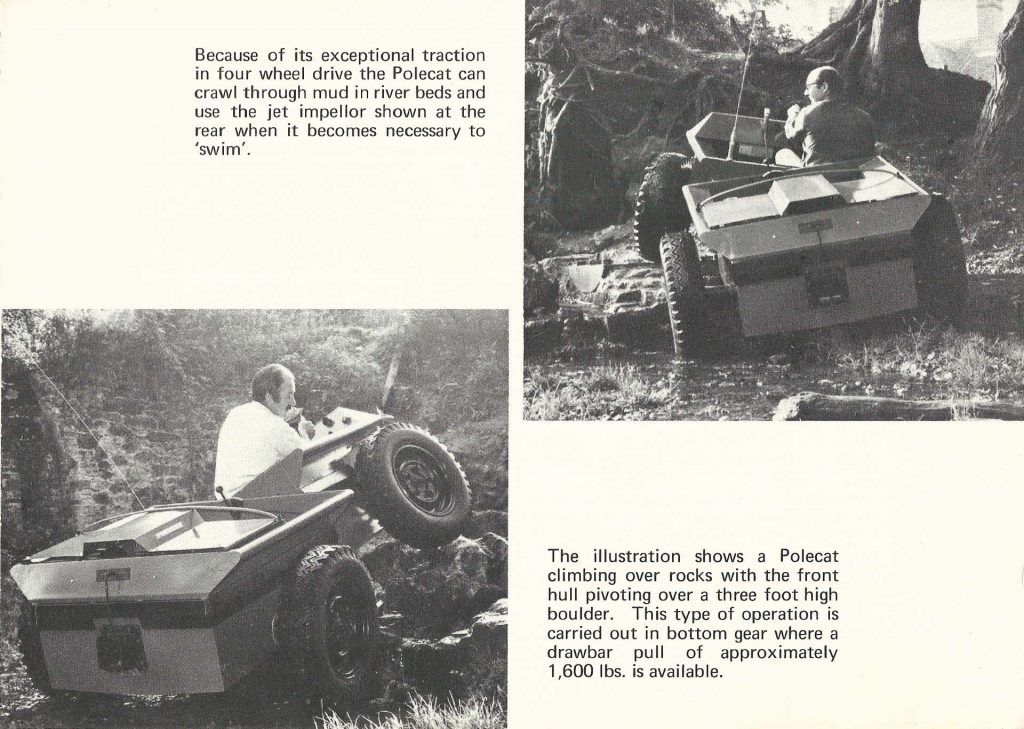 We purchased this Cargocat folder on eBay in 2020. It’s a collection of documents that was presumably given to interested parties in the Cargocat. Information includes, an overview, photos, price list, news articles, military versions, and construction details. 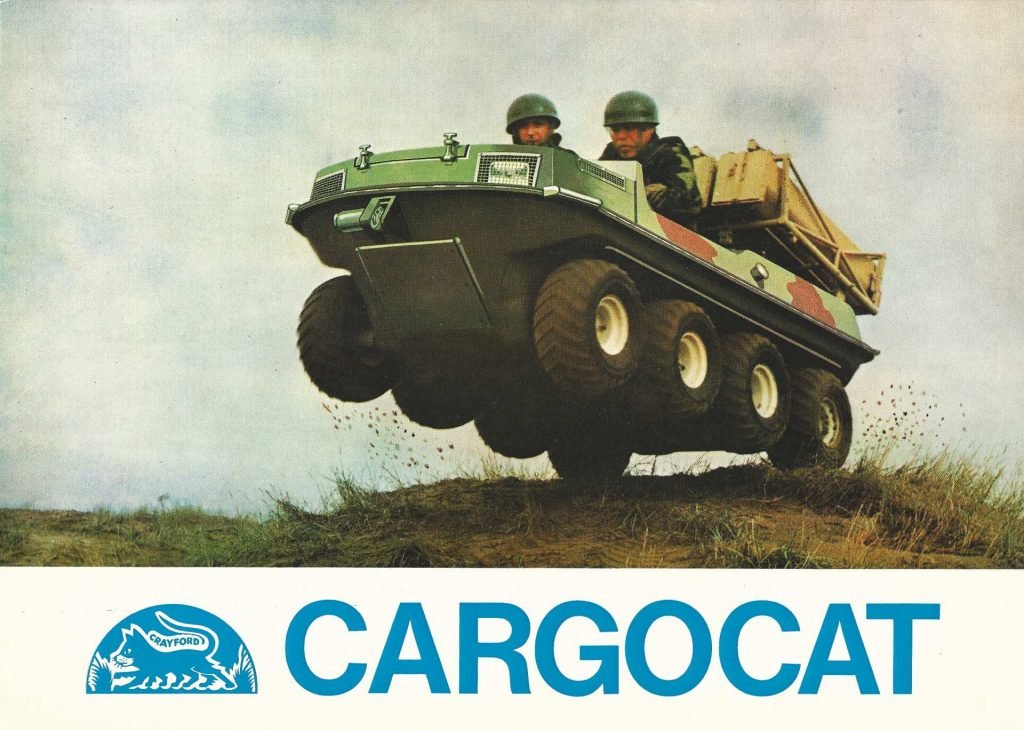