Boon-Docker was made by BMB Company, Inc. also known as Bott Mobile in Holton, Kansas. The company was later bought out by Alamo Group. This vehicle was one of the most unusual from the era, featuring a single wheel up front. Best of all, the Boon-Docker was fully amphibious.

There are only a handful of known survivors. If you own a Boon-Docker, please contact us here. 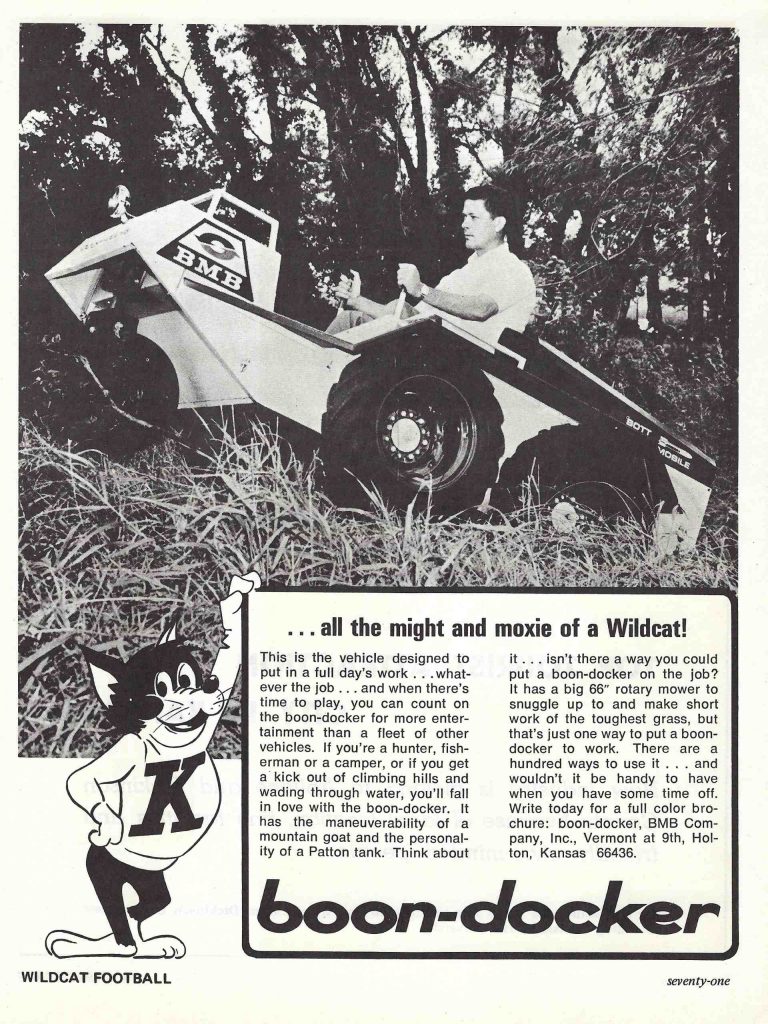